A city’s hope, despair and anger on big screen 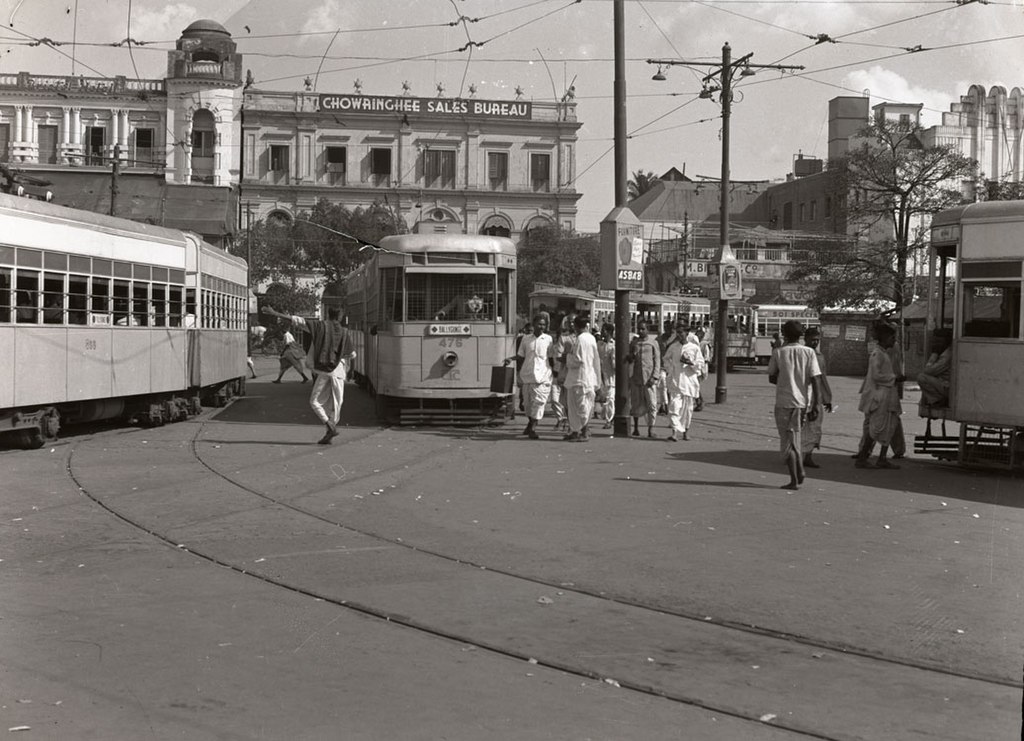 Calcutta’s essence was distilled by the films of Mrinal Sen and others. Realism became a hallmark of these films. : Frank Bond CCBY4.0

Mrinal Sen’s films on Kolkata are a nuanced reading of middle-class hopes and aspirations in post-colonial India.

Leading Indian filmmakers Satyajit Ray and Mrinal Sen directed their trilogies on Calcutta during the early 1970s (Ray: Pratidwandi, Seemabaddha, Jana Aranya; Sen: Interview, Calcutta 71, Padatik). Distinct in their treatment and ideological standpoints, the films are acute and astute observation of the city in turmoil.

Poverty, political unrest, corruption, violence, moral dilemma, and often hopeless anger of the youth are depicted with sensitivity. In terms of cinematic technique, Ray — though distinct from his earlier approach — seemed to be an observer from the outside. Sen instead plunged headlong into the action, speaking directly to the audience, with the use of newspaper headlines, still images, newsreels, episodic story-telling and disjointed narratives.

The city life, though present intermittently in the early works of these masters, became much more prominent during the late 1960s and ’70s. Calcutta changed rapidly after 1947. The city started to burst at its seams with the rapid population increase with the influx of refugees from eastern Bengal (East Pakistan, now Bangladesh).

The early years after independence were marked by severe cholera outbreaks. The public health system virtually collapsed. Sealdah Railway Station, where refugees took shelter in the absence of alternatives, was described in Amritabazar Patrika as ‘a veritable hell on earth’ (April 21, 1950). Newspaper reports invoked images of the 1943 famine.

The city also became the theatre of a keen political contest, with the Congress Party in power and the left parties in opposition. The Communists initiated a distinct form of politics of agitation that shaped the urban political milieu of the state. Within the next two decades, radical politics would erupt and Calcutta was the battleground.

Indian cinema also gained global recognition around this time. Bengali films played a pioneering role in this with the release of Satyajit Ray’s Pather Panchali (1955).

The famous trio of film directors — Satyajit Ray, Ritwik Ghatak and Mrinal Sen — would change the contours of Bengali (and Indian) cinema. Realism became a hallmark of these films. Intense debates and discussions in film society circles as well as newspapers and popular magazines marked the emergence of serious engagement with cinema as an art form in the postcolonial milieu.

Sen was particularly attentive to worldwide currents of left politics and his films put Calcutta centrally within that global context. As film historian Rochona Majumdar said: “All three films [Sen’s trilogy] have shots featuring important landmarks of Calcutta — Calcutta University, High Court, Dalhousie Square, All India Radio, the Victoria Memorial, the racecourse — as well as documentary and still footage of local and global events. Shots of popular Hindi and Bengali film posters, newspaper headlines, statues of imperial and nationalist leaders, processions and picketing, police firings on political protesters, images of Mao Zedong, Ho Chi Minh, the Vietcong and African soldiers are also common to all three films. They situate postcolonial Calcutta against a background of global protest movements in other parts of Afro-Asia and Latin America.”

Along with that, Sen was also commenting on the structural inequities of Indian society, on poverty, exploitation, and hunger that plagued India from the colonial times and was still prevailing two decades after independence.

Before the trilogy, Sen had directed Akash Kusum (Up in the Clouds) in 1965. The film can be read as a precursor to the city films in some particular aspects. Akash Kusum tells the story of a lower middle-class ambitious young man who pretends to be successful and rich when he meets a beautiful young girl—“a day dreaming youth’s bungling attempts to cross the wealth barrier into a world of ease and sophistication”, as the reviewer in The Statesman noted at the time.

The mood of the film is mostly light. The denouement, however, comes with the shattering of his veil. In the pages of the Statesman, the film caused fierce debates regarding the idea of ‘topicality’ of the subject among Ashish Barman (the film’s co-writer), Satyajit Ray, Sen and other readers, with Ray sarcastically commenting that, “May I point out that the topicality of the theme in question stretches well back into antiquity, when it found expression in that touching fable about the poor deluded crow with a fatal weakness for status symbols?”

For Ray, any contemporary attitude reflected in the film was restricted to the surface only, “in its modish narrative devices and in some lively details of city life.”

Interview follows the central character, Ranjit, throughout the city when he tries to get hold of a western suit for an interview for a job with a business firm.

Innovative in filmic technique, the narrative, like Akash Kusum, again starts on a lighter note and portrays middle-class youth aspiring to break free of class barriers. But towards the end of the film, the tone shifts, and we see Ranjit, having failed to acquire the desired suit, bursting out in anger, breaking the glass window of a shop and tearing the clothes off a mannequin. This sequence was accompanied by images of political protests of students and workers as well as those of Vietnamese peasants and adivasis (tribals). The narrative, then, does not only remain about acquiring the suit. It becomes the metaphor for the imperial legacy still shaping the society in erstwhile colonies.

From the naïve optimism and self-delusion of Akash Kusum to the initial hope of Ranjit in Interview, Sen finally moves to the revolutionary street protests of Calcutta and other parts of the world. The shift in the political mood of the city found an expression in his middle-class protagonist.

Sen’s next film, Calcutta 71, angrier in tone, would bring to life the lower echelons of the society much more centrally. The last one in the trilogy, Padatik, takes a self-introspective tone where the protagonist, a political fugitive, starts questioning the methods and programme of the party.

But in Akash Kusum and Interview we find the vestiges of the colonial mind where the middle-class pursues the dream of secure jobs and a bourgeois life. As historian Sumit Sarkar has analysed, a salaried job—chakri—was central to the identity of the colonial middle-class in Bengal. The drudgery of the time-bound routine life of a clerk in a government office or some foreign mercantile firm was despised by them and yet, it was a sought-after occupation.

The job situation in Calcutta worsened after independence. For the middle-class aspirants, the search for a salaried job became a nightmare. The interview sequences in Ray’s Pratidwandi memorably captured the agony of these youth. In repeated interviews, Sen has mentioned that he wanted to portray the persistence of class exploitation, poverty, hunger, and social inequalities in India from the colonial period to his times.

Perhaps Calcutta 71, with its episodic depictions of the 1930s, 1940s, 1950s, and the immediate context of the late 1960s, presents a neat visual understanding of Sen’s reading of Indian history. In Akash Kusum and Interview, however, we find a nuanced reading of middle-class hopes and aspirations in the early decades of postcolonial India—expectations and dreams which would soon turn into bitter realisations and violent actions.