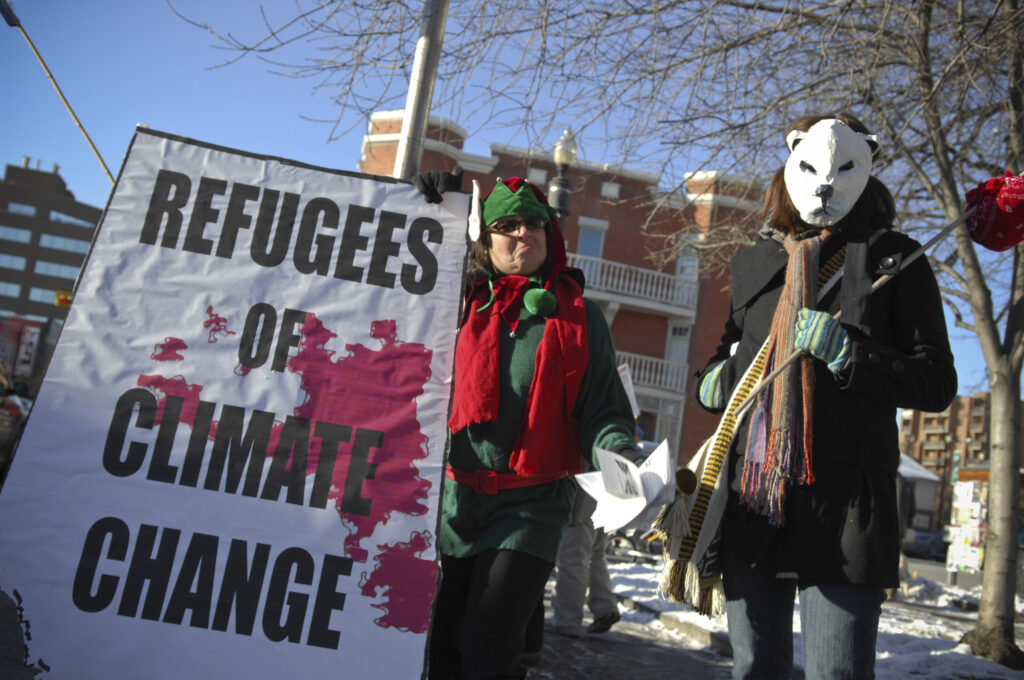 In the world of migration law no one has successfully defined what a ‘climate refugee’ is. The United Nations High Commissioner for Refugees doesn’t endorse the term. Worse, the term ‘refugee’, as subscribed to by the 1951 Convention with its focus on fear of persecution, is unlikely to be of any value to those displaced by natural disasters or climate change – unless all concerned accept that ‘nature’ or ‘environment’ or ‘climate’ can be a persecutor.

Human mobility, compressed in the term ‘migration’, is not universal or linear – it defies a simple definition. Climate-induced migration is no less complex, and in reaching for the term ‘climate refugee’ the world risks overlooking the many interconnected issues driving people to move from one place to another, including unsustainable development, natural disasters and climate change.

From a geo-historical perspective, the decision to move from one place to another in order to escape risks and threats posed by environmental and climate change has been integral to human adaptation. And yet ‘climate refugees’ are flagged at times as a national security problem, when the issue of climate migration could just as easily have been approached and addressed, for example, as a ‘human rights’ or ‘development’ issue.

The growing view of climate-induced migration as a security issue, especially in a geopolitical climate of fear, sees homeland security responses aimed at border protection. The plight of irregular ‘transit migrants’ remains relatively unnoticed as they traverse in-between countries – with their own immigration laws and border controls – acting as buffers for the destination countries.

The International Panel on Climate Change (IPCC) pays close attention to the interdependence of climate, ecosystems and biodiversity, and human societies. It says climate change impacts, risks and adaptation governance need to be addressed in conjunction with – and not divorced from – non-climatic global trends. These include loss of terrestrial and marine biodiversity, unsustainable use of natural resources, land and ecosystem degradation, urbanisation, human demographic transformations, social and economic disparities and a pandemic.

The IPCC points out with high confidence that climate and weather extremes are increasingly driving displacement and involuntary migration across regions. But “vulnerability of ecosystems and people to climate change differs substantially among and within regions, driven by patterns of intersecting socio-economic development, unsustainable ocean and land use, inequity, marginalisation, historical and ongoing patterns of inequity such as colonialism, and governance”.

Some 3.6 billion people already live in contexts highly vulnerable to climate change, according to the IPCC. Likewise, the CIFRC World Disasters Report 2020 says the impacts of climate change are now seriously undermining the livelihoods of ‘millions’ around the globe, especially in developing economies.

The total number of people identified in the report as directly affected by climate and weather-related disasters during the past decade – 1.9 billion – is both telling and terrifying.

Describing climate change as a risk multiplier, the report rightly points out that those dislocated and displaced due to environmental degradation and/or natural disasters are far more vulnerable due to existing threats. These include loss of habitat, depleted social capital, eroded socio-economic resilience and already precarious life in crowded camps, especially for women, children and elderly people. And yet migrants, especially those of the irregular anonymous kind, are conspicuously and largely absent in various disaster plans and policy action responses.

Regional instruments such as the 1969 Organization of African Unity (OAU) Convention and the 1984 Cartagena Declaration, besides incorporating region-specific attributes into their expanded definitions, have emphasised that the categorical understanding of a refugee should move away from a geopolitically dictated principle of ‘well-founded fear’ of ‘persecution’ to address the plight of those fleeing civil unrest, war and violence, and climate-induced or -multiplied disasters, irrespective of whether they can prove a well-founded fear of persecution.

More importantly, how does one ensure the category of ‘climate refugee’ is defined by the well‐founded fear of the ‘victims’ of climate change seeking protection and care, and not by the largely ill‐founded fear of those who suspect their borders are going to be violated by thousands and millions of helpless climate migrants, especially from developing economies?

The challenge is to ensure any attempt to broaden and deepen the humanitarian space through the introduction of the category of ‘climate refugee’ turns out to be progressive, emancipatory and inclusive, rather than regressive, oppressive and exclusive.

The challenge is further compounded by the gap in international legal protections in the case of cross-border displacements induced or abetted by environmental crises, natural disasters and the effects of climate change.

In the cobweb of climate-induced mobility/migration, it is difficult to distinguish neatly between ‘environmental migration’ and ‘climate migration’. No surprise these categories retain their moral appeal but remain contested. The who, how, when and where of the millions of upcoming ‘climate refugees’ is unknown.

And yet this category of climate-induced migration seems to have caught the strategic attention and imagination of both ‘national security’ and ‘human security’ narratives. How many of these millions of migrants can be neatly categorised as ‘climate migrants’ or ‘climate refugees’? It’s a difficult but  important question to answer.

The alarmingly high numbers are seductive, particularly to those engaged in scenario-building and risk-assessment exercises for the market and the military. But the need for those at risk is location sensitive, locality specific and community centric.

The issue demands and deserves to be approached in conjunction with – and not divorced from — other forms of migration of this Anthropocene era, one characterised by unprecedented acceleration of human impact on the earth.

Sanjay Chaturvedi is Professor of International Relations at the South Asian University. He is the co-author of Climate Terror: A Critical Geopolitics of Climate Change (with Timothy Doyle), Palgrave Macmillan, 2015. The author declares no conflicts of interest. 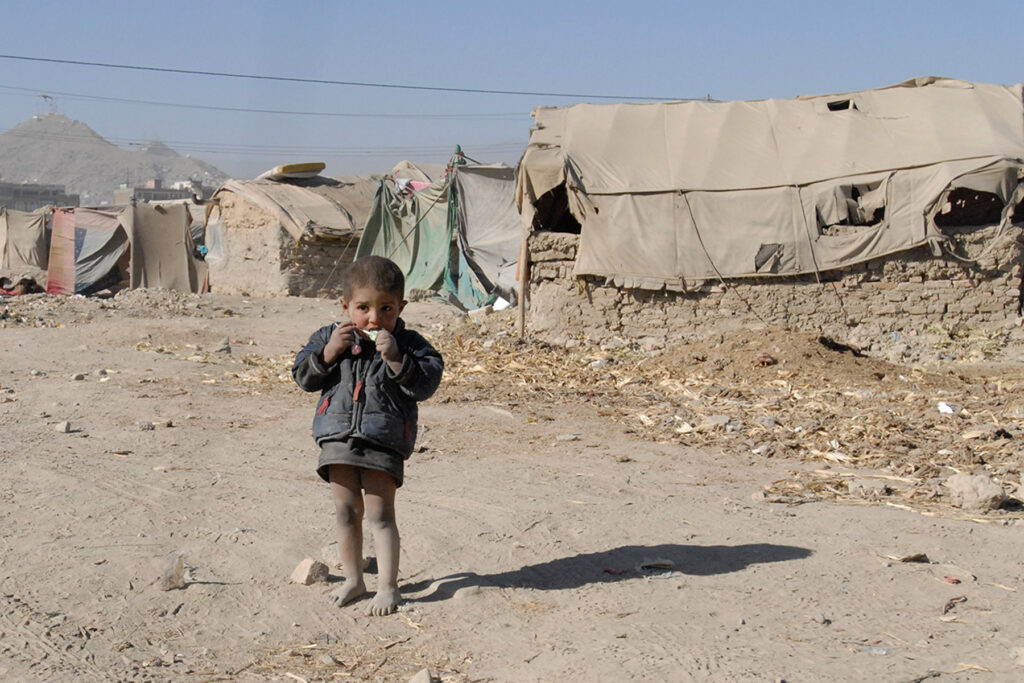 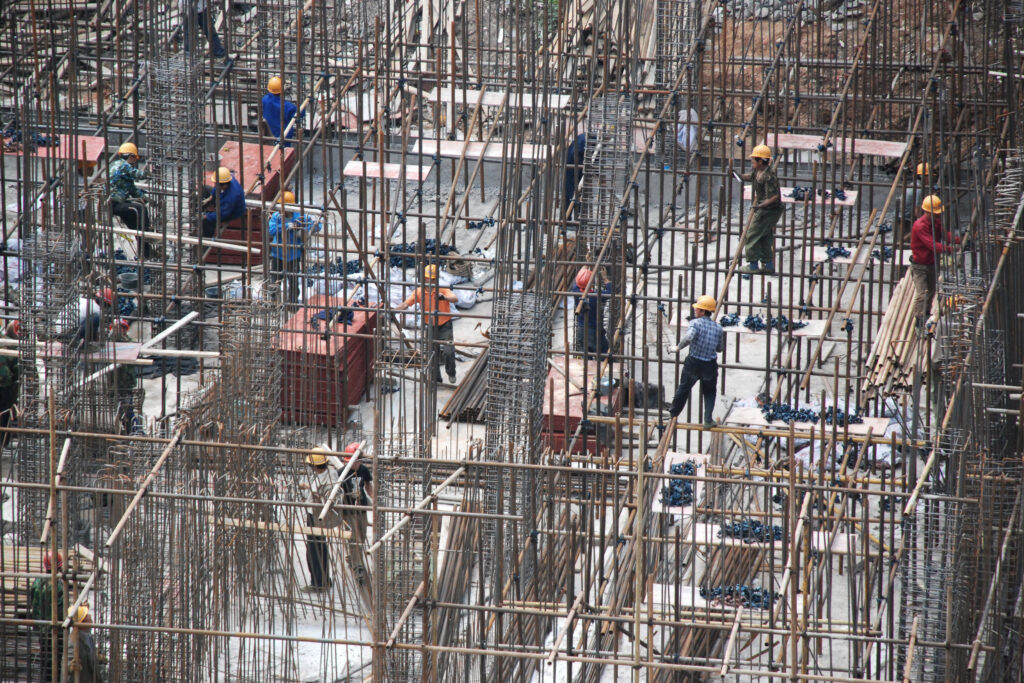 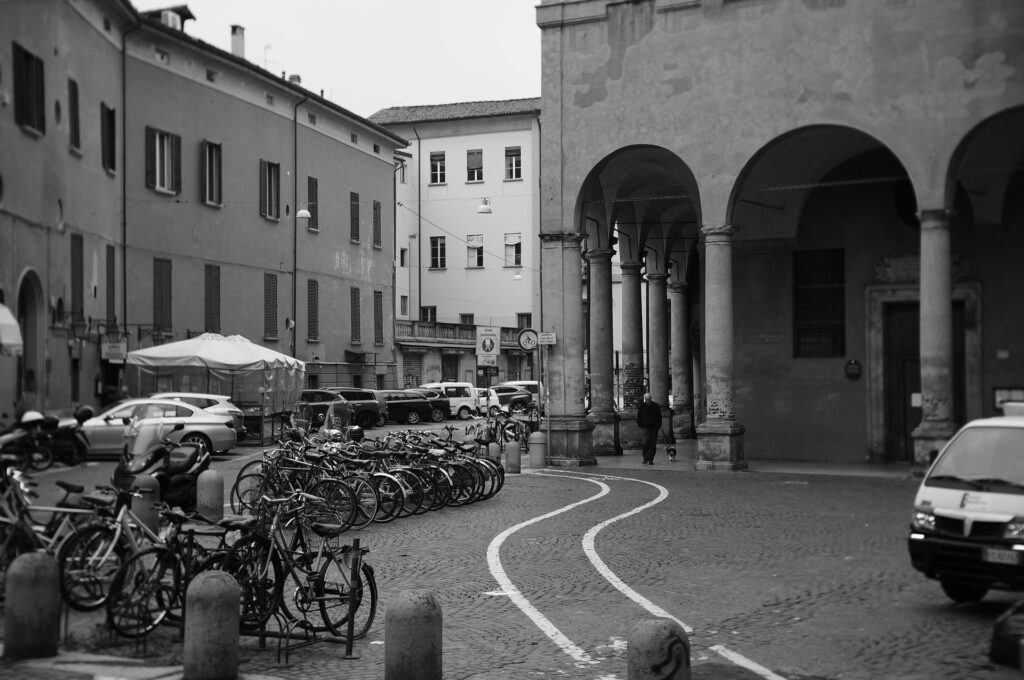 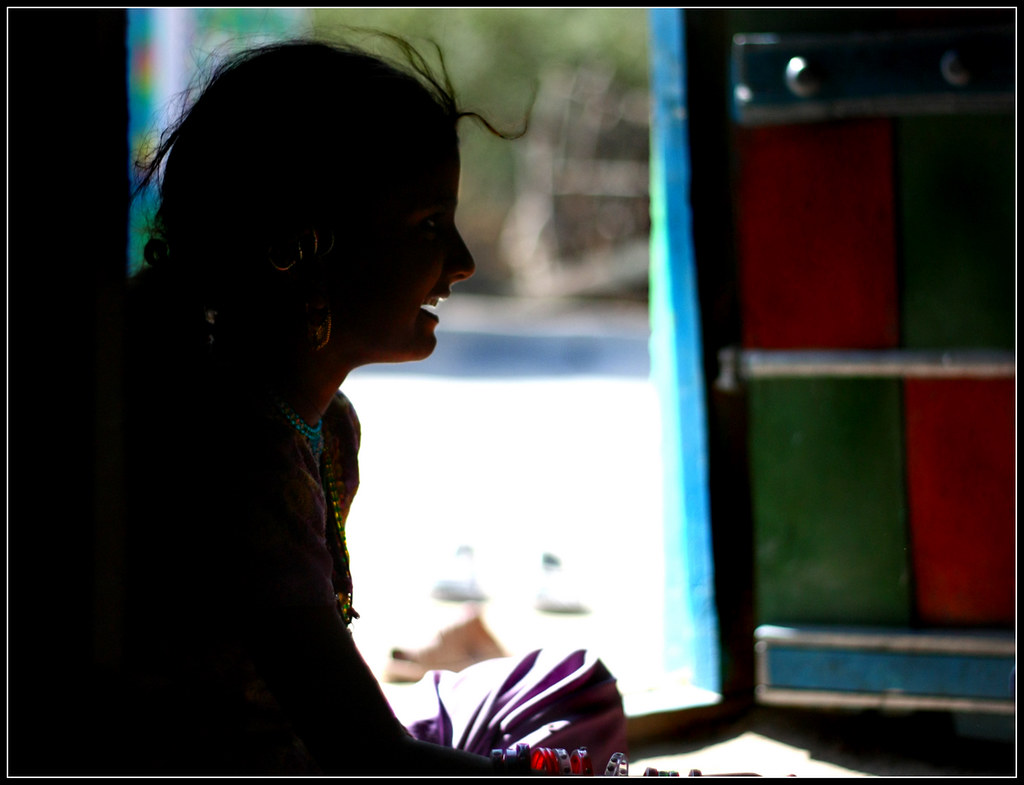 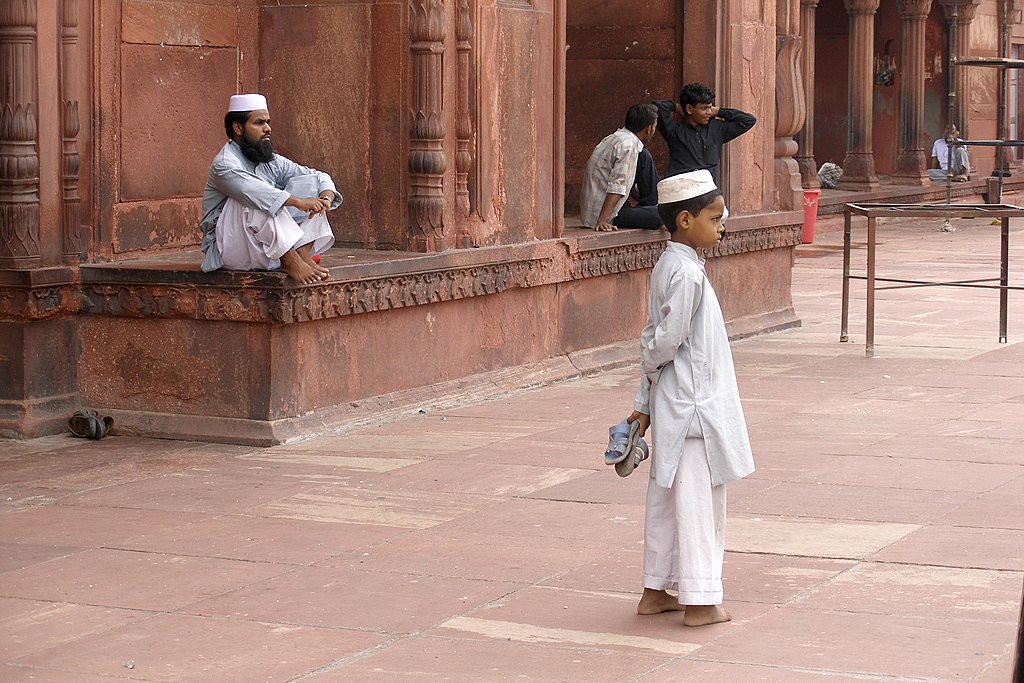 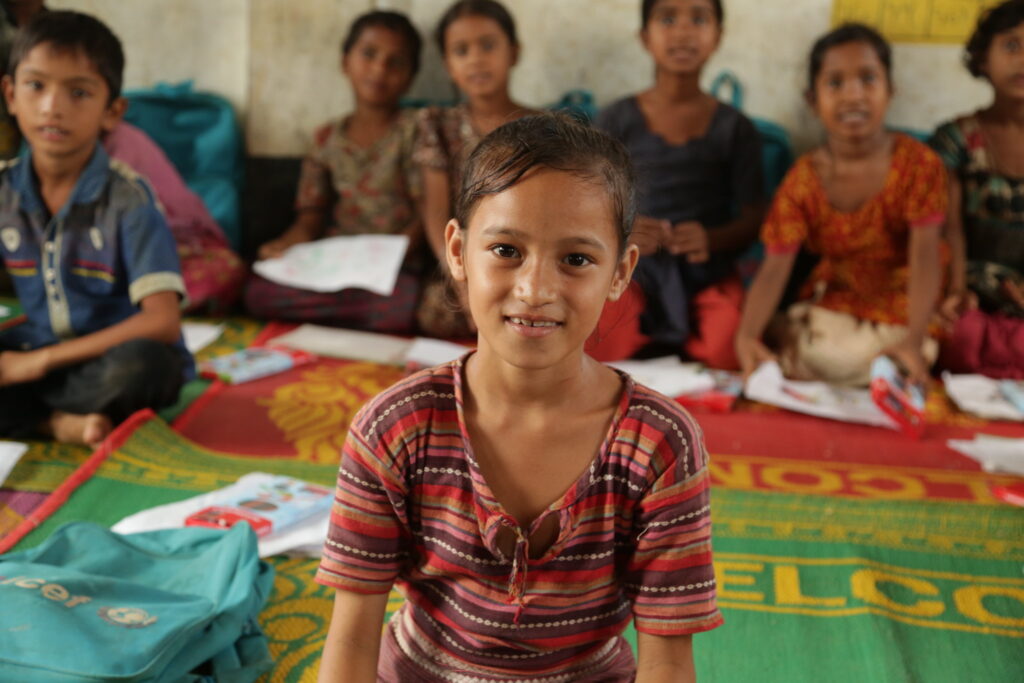