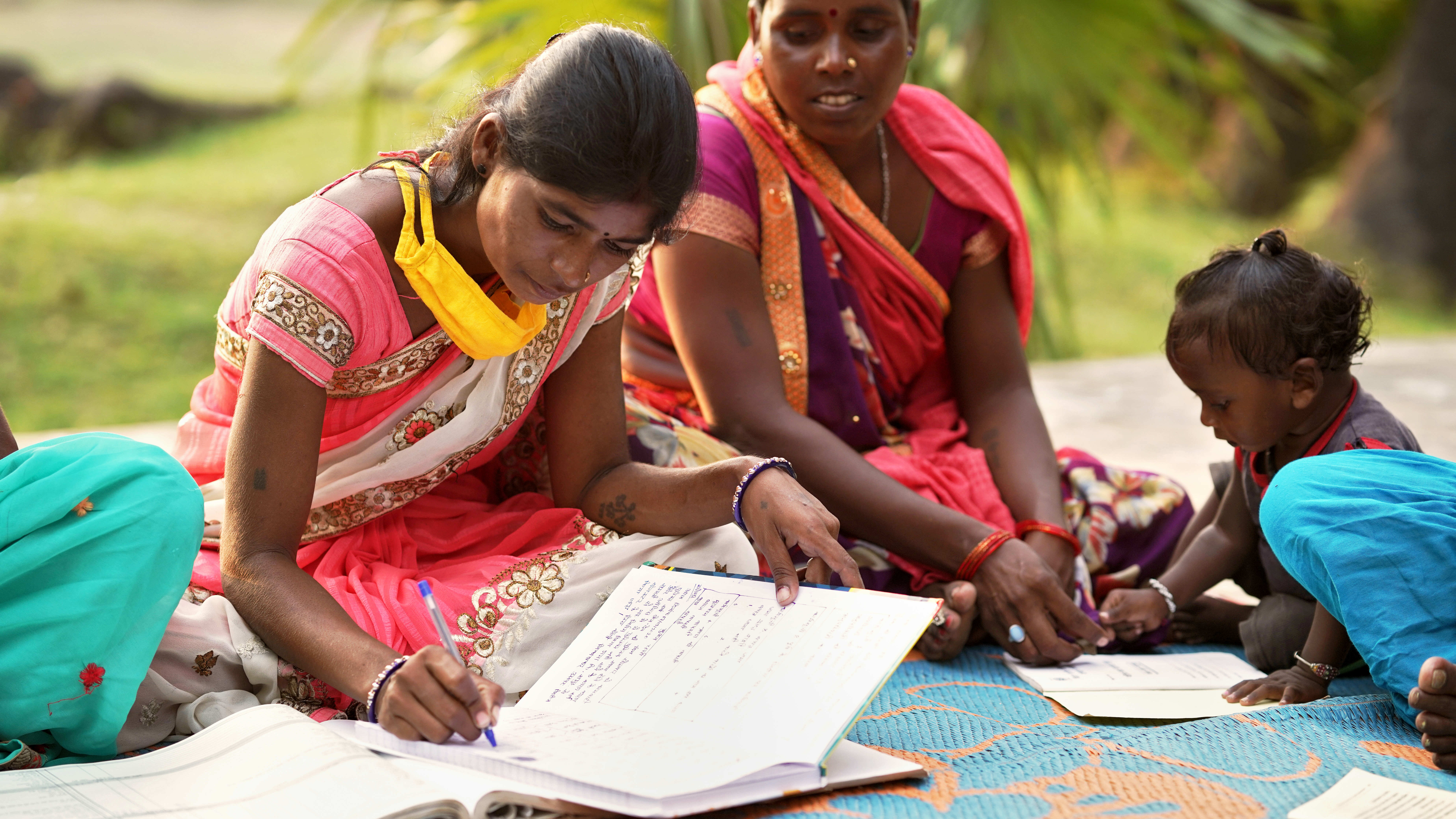 Adult literacy programs in India have not reached all adults in need. : UN Women CC 2.0

Despite government-mandated education, too many Indians remain unable to read and write. It’s time to revisit the policies.

Lack of literacy can have serious implications for employability. Conversely it can also be a major hurdle for applying for public welfare. The lack of basic literacy can influence someone’s resilience to setbacks, stress, feeling of well-being and the extent to which they feel in control of their lives.

‘Literacy’ is a complex and dynamic concept. No one definition of literacy accommodates all its facets. It refers to a context-bound continuum of reading, writing, and numeracy skills, acquired and developed through a process of learning and application.

In India, literacy is understood as the definition from the Census of India (held every decade) — the ability to read and write in at least one language. India’s literacy rate has almost doubled over a period of 40 years, from 37.3 percent in 1971 to 74.0 percent in 2011. Although commendable, India still remains far from the goal of achieving universal literacy.

The literacy rate is the highest for age-group 10–14 years and lowest for the 80 years+ age-group. In almost every country of the world, older cohorts are less educated than younger cohorts because education is concentrated in the younger age groups and most education systems have expanded over time.

There are broadly two different providers of the basic reading, writing and numeracy skills required for literacy — universal elementary education and adult education programmes. In India, priority was given to elementary education on the assumption that the expansion of elementary education would automatically take care of mass illiteracy over time. The Constitution of India, effective from 1950, made a provision for free and compulsory education for all children up to fourteen years of age.

Despite rapid expansion of the formal schooling system, India was unable to universalise free and compulsory elementary education within the 10-year-period period originally envisaged. A consequence was adults in the population with no literacy and no means of learning.

Against this backdrop, Indian policy makers realised the need for an adult education programme. The National Adult Education Programme, the first country-wide programme in 1978, aimed to cover illiterate people aged 15–35 in adult education centres across the country. In the latter years, it was restructured to be the National Literacy Mission, which is now engaged in imparting functional literacy to these adults.

There are more than 281 million illiterate people in India (see table). This large number underlines the failures of both the universal elementary education policy and the National Literacy Mission. Some 25 million are 7–14 years old and 89 million 15–35 years old — together they make up more than 40 percent of total illiterate population. Nearly 88 percent of the children in the 7–14 years age-group are literate, leaving a 12 percent gap from achieving 100 percent literacy. Even highly developed states such as Kerala, Tamil Nadu, and Himachal Pradesh were unable to achieve 100 percent literacy in this age-group. The challenge is greater for the poorer states such as Bihar, Jammu & Kashmir, Uttar Pradesh, Assam, Jharkhand, Rajasthan, Odisha, Madhya Pradesh and Chhattisgarh which have more than 10 percent illiteracy in the 7–14 age-group.

In 2011, nearly 20 percent of the Indian population between 15–35 years was found to be illiterate, with wide variations across the states. Four states had less than 10 percent illiteracy — Kerala, Himachal Pradesh, Tamil Nadu and Maharashtra, but some states, such as Bihar, Jharkhand, Rajasthan and Uttar Pradesh, had more than 25 percent illiteracy.

Effective implementation of adult-literacy programmes could improve literacy rates for the 15–35 age group. If India is to improve its literacy rates, the policies of the National Literacy Mission will need to be revisited and analysed to understand the reason for its limited achievement. A detailed mapping of illiteracy rates at district level would help target resources effectively.

Even if India achieved universal literacy for age groups 7–14 and 15–35, the goal of full literacy will not be realised in the near future due to the large number of illiterate Indians in the 35+ age group. Broadening the scope of adult-literacy programmes beyond the 15–35 age group will speed up the achievement of universal literacy.

Vachaspati Shukla, an economist, is assistant professor at the Sardar Patel Institute of Economics and Social Research, Ahmedabad. He is engaged in research on poverty and inequality, economics of education and Issues related to employment and development. He received his M.A. in economics from Banaras Hindu University, Varanasi, M.Phil. and PhD in economics from Jawaharlal Nehru University, New Delhi. He declares no conflict of interest. 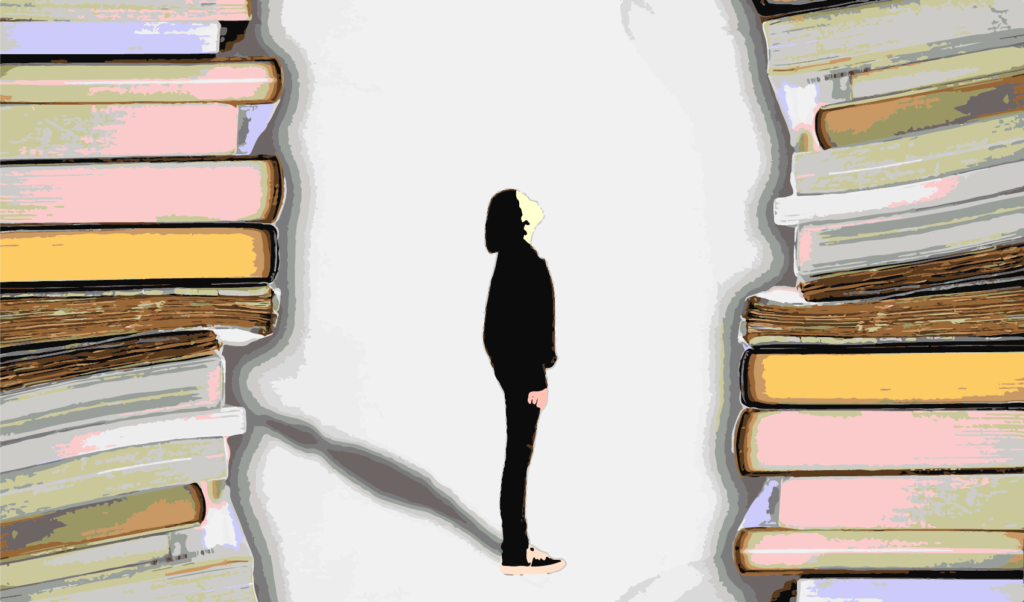 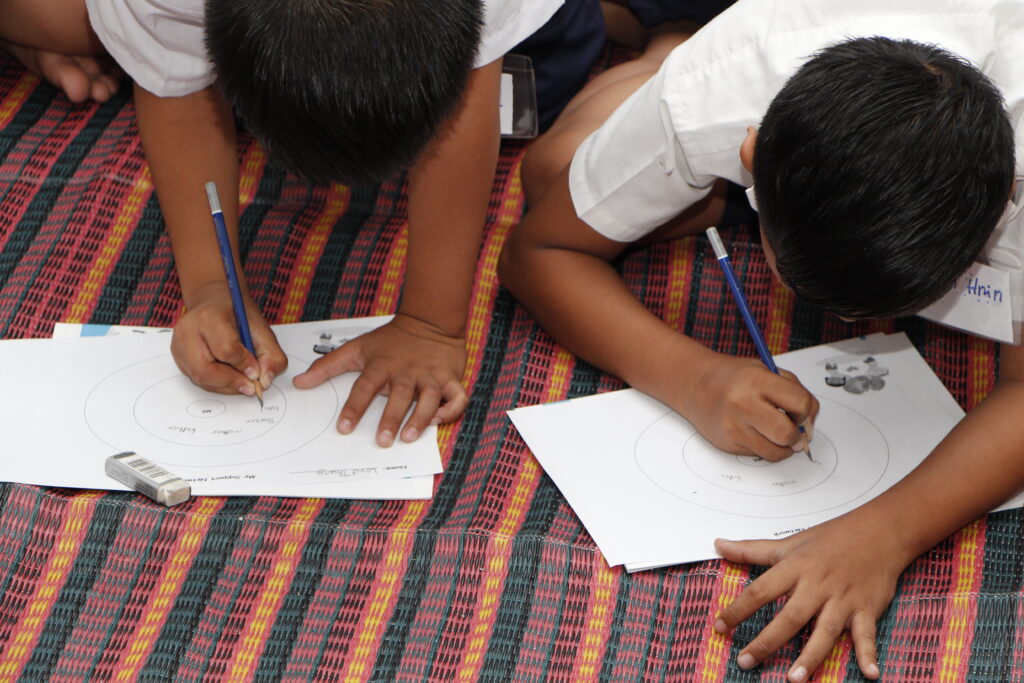 Too much emphasis on children knowing how to read the words does not make reading meaningful.

Preventing children from becoming parrots as they learn to read 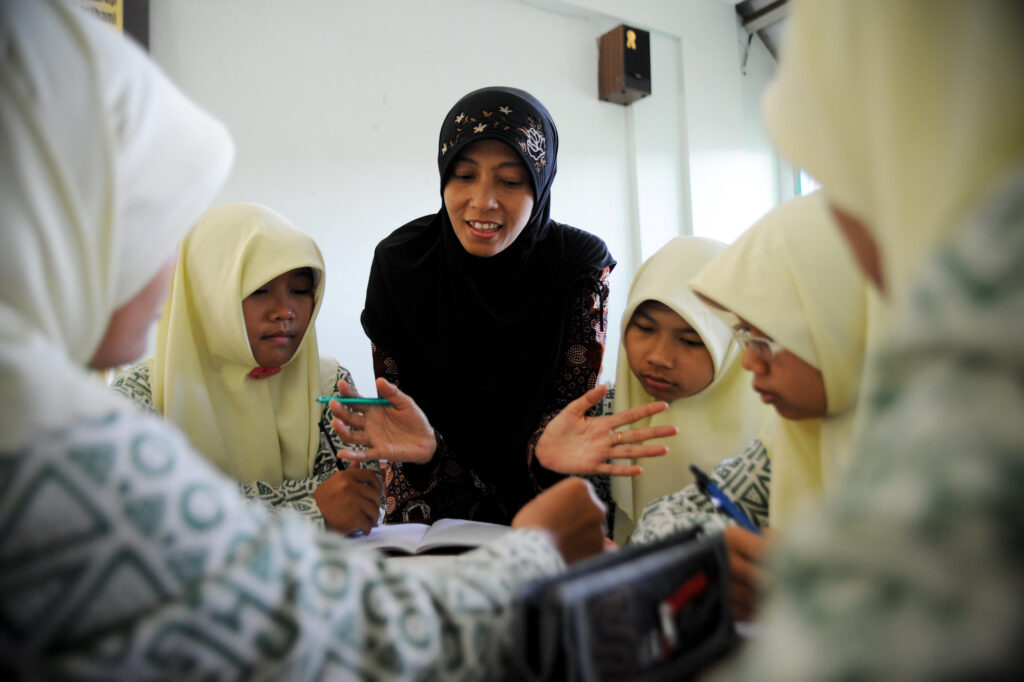 The home and the classroom by themselves often may not offer the best environment for getting adolescents to read. 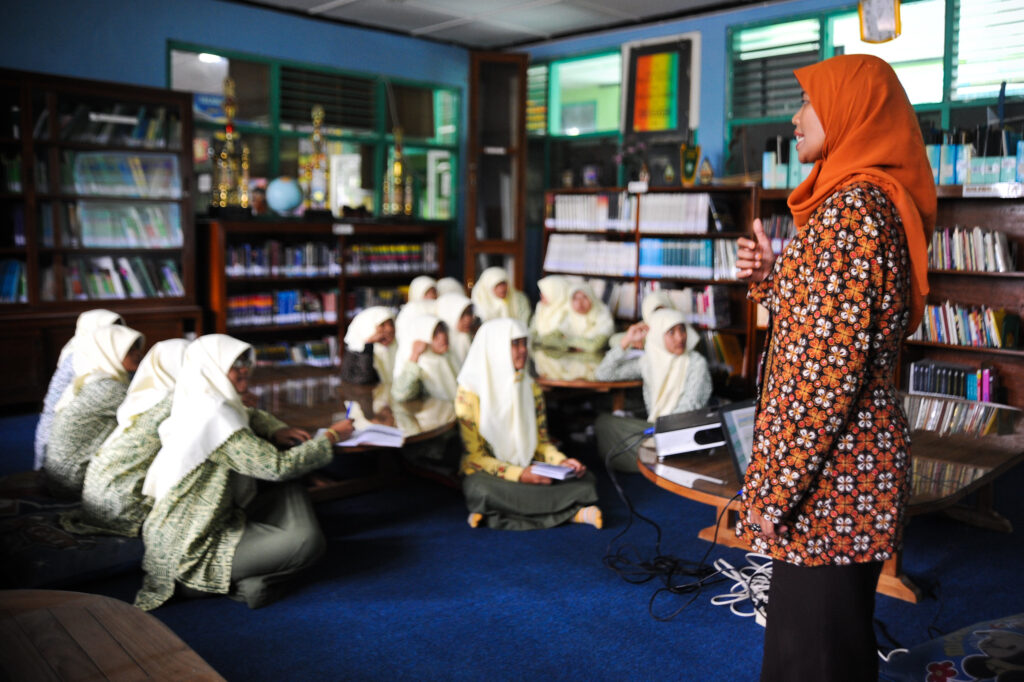 For years, literacy has not been the centre of education in Indonesia. This could change after a long-awaited new curriculum was introduced during the pandemic.

Literacy finally on the reading list in Indonesia’s curricula 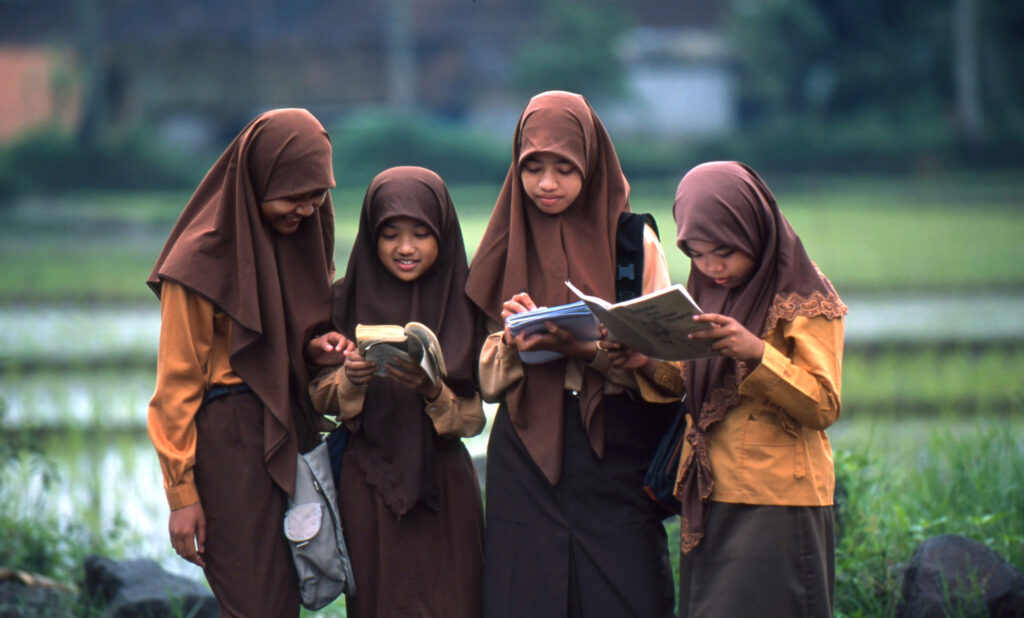 Literacy is not only about rankings. In Indonesia, misconceptions about literacy create a wider gap. 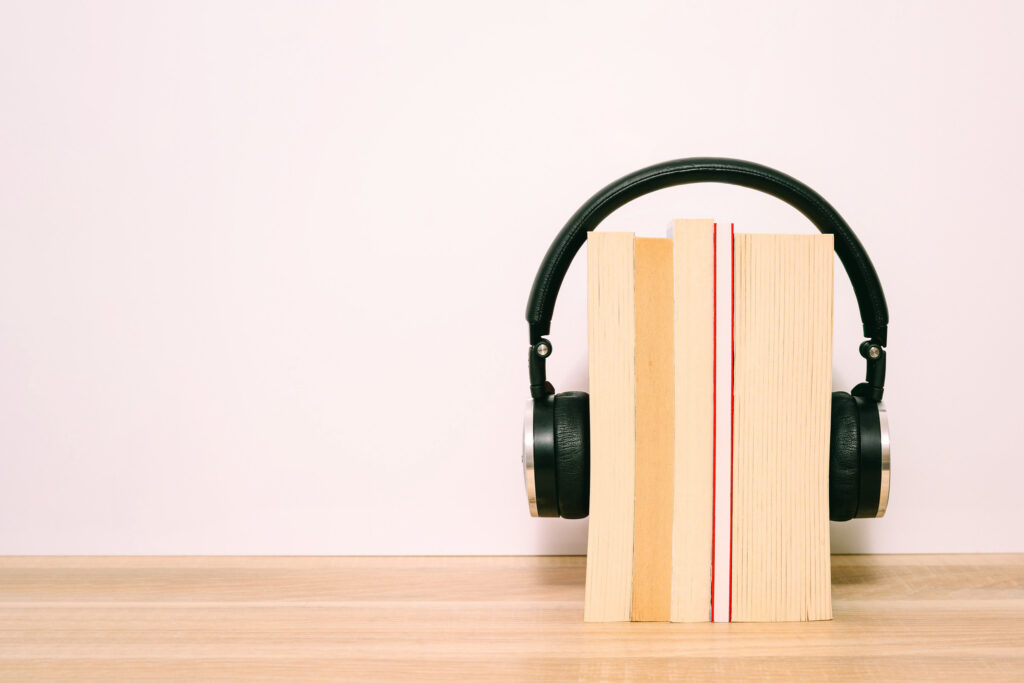 Listen up: how audiobooks could help literacy in Indonesia