How science is solving food waste 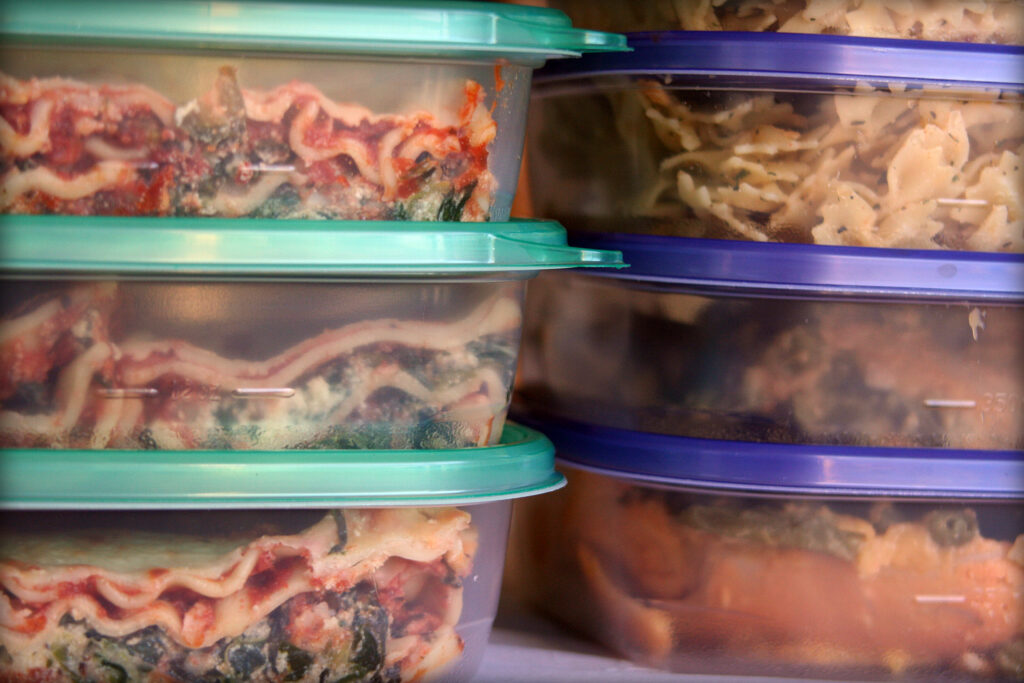 Researchers are working to solve the problem of wasted food : Kathleen Franklin/Flickr CC 2.0

Worried about food waste? Here’s how researchers are working to solve the problem

As many of us lean back after our holiday feasts, waist-bands groaning, thoughts turn to all the left-overs. According to the United Nations, around 17 percent of all food produced globally is thrown away from shops, restaurants or households. And households are responsible for the majority of this figure.

Growing food and transporting it to shops and then homes takes a huge amount of resources in the form of land, water, energy, chemicals and fuel.

Food loss or waste accounts for 8 to 10 percent of global greenhouse gas emissions, contributing to climate change and extreme weather.

“Reducing food loss and waste is essential in our world today, where up to 828 million people go hungry every day,” says Rosa Rolle, team leader for Food Losses and Food Waste from the Food and Agriculture Organization.

According to Mark Boulet, a senior researcher with BehaviourWorks Australia, at Monash University, Australia, one deceptively simple idea has merit in helping households use up their left-overs. “Simple, well-designed visual cues have been shown to be effective in encouraging sustainable behaviour,” he says.

Using marker tape for ‘eat this first’ items in the pantry or fridge reduced food waste by up to 40 percent. “It acts as a visual prompt to remind householders of food that needs to be eaten before it spoils, before it passes its best-before date or before a replacement item is purchased.”

The tape was most effective in large households as a communication tool so other members knew what should be eaten or could be taken to work or school.

In Indonesia, food waste charities are filling a gap in government policy concerning food waste. “Food waste is the largest category of waste in Indonesia,” says Vrameswari Omega Wati, a lecturer in International Relations at the Parahyangan Catholic University, Indonesia. “But with government intervention not yet visible, social initiatives such as food banks, food sharing and utilising technology applications have sprung up to fill the gap.”

Several charity groups are using different strategies, including apps, to redistribute food to those in need, or to turn it into animal feed.

“If packaging is the environmental disaster story, protection of food is the success story. When food isn’t consumed because it wasn’t properly protected, all the resources that went into growing the food are lost,” she says.

To truly understand the environmental impact of either food waste or plastic packaging, the twins need to be looked at together.

Indeed, elaborate packaging for meat is just one of the new ideas being floated to tackle food waste. Svenja Kloß researches packaging materials at Albstadt-Sigmaringen University, Germany. “Intelligent packaging can …provide information about the condition and freshness of the food,” she says. For example, a blue tick that fades to orange as the meat ages.

But she cautions that consumer behaviour may cause such a strategy to backfire: “Consumers may reject only slightly discoloured labels, leading to an increase in unsold food – which goes directly against the goal of reducing food waste.”

Ahmed Z. Naser at the University of Guelph, Canada, researches new kinds of plastic made from plant material. He says, “global production of bioplastics is expected to double from around 2.4 million tonnes in 2021 to around 5.2 million tonnes in 2023.” Plant-based plastics “have a similar molecular structure and qualities but are derived from natural resources such as plant-based starches and vegetable oils, and/or will decompose when disposed of properly,” he says.

Read and republish the articles covered in this report

The deceptively simple idea that saves food from being wasted
Mark Boulet, Monash University
Large households throw away the most food. In an attempt to stop the waste, a simple idea is showing great promise.

Plastic packaging has an evil twin
Fredrik Wikström, Helén Williams, Karlstad University
The problem of too much plastic packaging will not be solved without addressing its larger twin: food waste.

Plastic pollution is bad, but food waste is far worse
Simon Lockrey, RMIT University
Single-use  plastic is a huge environmental problem, but it can help limit food waste – another big problem. Tackling both will take ingenuity.

A bad wrap? Using packaging well to reduce food waste
Tammara Soma, Simon Fraser University
Vast amounts of food are sent to landfill. But the jury’s out on whether  packaging is friend or foe in the fight against the problem.