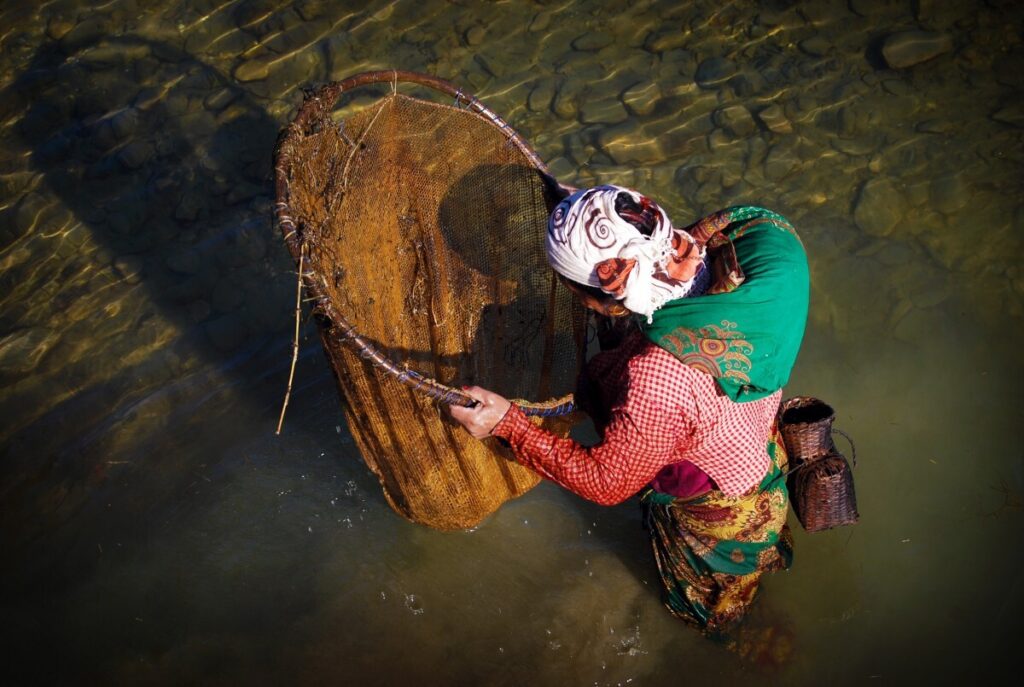 The assumption that the tuna fishing industry is a man’s world is not only misleading, but also damaging.

In the coastal Indonesian city of Bitung, women who fish cannot formally register their occupation and miss out on government support provided to fishers.

The assumption that the fishing industry is dominated by men, or that only men fish, is not only wrong, but damaging.

Given women make up half of the population, it’s important to know if the development of fishing industries benefits both women and men. A first step is making women visible through gender-disaggregated data to have a better picture of how women are impacted.

It’s estimated more than 300,000 people are employed in tuna value chains in Southeast Asia and the Pacific islands. There are around 22,350 tuna-related jobs in Pacific island countries, about one third in fishing — almost all men — and about two thirds in processing and ancillary industries, where women are the majority in many areas.

Around 80,000 people — mostly women — work in tuna processing in Thailand. Tuna fishing, processing and trading are also big industries in Indonesia, which has by far the largest catch of any country in the region, and the Philippines.

But there is still so much we don’t know. The US$6 billion Western and Central Pacific Ocean tuna fisheries produce more than half the world’s tuna and are an important source of social and economic development for coastal countries. There are no reliable figures on how many people are employed in tuna industries, and employment data are often not gender-disaggregated.

In Indonesia, the national identification recording system assumes that only men fish professionally and defaults women’s occupation to ‘housewife’.

There is also insufficient data on small-scale tuna fisheries and informal value chain workers, crews on fishing vessels operating in the Pacific but not flagged in member countries of the Pacific Islands Forum Fisheries Agency  (‘distant water’ fleets), and all forms of informal trading.

Women are overlooked in tuna industries for similar reasons that they are overlooked in fisheries more broadly. International researchers found women make up about 11 percent of participants in small-scale fishing activities globally, and the economic impact of women’s portion of the catch is around US$14.8 billion per year. Despite this, the assumption that fishing is a man’s world persists.

Small-scale fishing may be from hand gathering by wading in shallow waters rather than from a boat, with much of it going directly to family members, or sold informally in local markets. For example, in the port city of Bitung, women make up most small-scale tuna retailers and intermediate traders. Referred to locally as tibo-tibo, they supply tuna for local communities in the area.

Tibo-tibos were vulnerable during a supply slump in 2014, with suppliers prioritising their larger customers. In Pacific nation communities, informal fish traders have difficulties accessing banking services and markets often lack amenities, with women having additional problems such as sexual harassment.

Data collection is skewed towards formal, large-scale and export-oriented fisheries, which renders much of the work done by women invisible. A fisheries consultant visiting the Pacific island territory of Wallis and Futuna was once told by a government official that “women do not fish in this country”, despite women gathering the shellfish later consumed for dinner.

The fisheries sector tends to be socially conservative, governed by marine and biological sciences rather than social science, and initiatives inspired by feminism are often viewed with suspicion. Public policy towards fishing views social benefit as the gross value of production or contribution to the national gross domestic product, perhaps total job numbers, and that’s as far as it goes. It is a blunt instrument.

Research into several key regional tuna fishing ports — Bitung in Indonesia, General Santos City in the Philippines, the town of Noro in the Solomon Islands and the town of Levuka and the city of Suva in Fiji — aimed to better understand where women are in tuna value chains. It found industrial tuna vessel crews are 100 percent men in Bitung and General Santos City.

Noro, Levuka and Suva were an exception with a handful of women trained as cadets in recent donor-funded programs. Women are usually involved in fishing companies as office workers and managers. However, they are generally at lower levels, with the higher prestige and remuneration roles mainly occupied by men.

Fishing vessels are some of the most dangerous workplaces in the world. The negative impacts of industrial tuna fishing include long absences, the risky nature of both fishing work and the living conditions on some vessels where human rights abuses have been recorded, including when docked in ports. Port areas tend to have high rates of gender-based violence, sexually-transmitted infections, and drug and alcohol use. These problems affect crewmembers, as well as their families.

Women gain employment at all levels of processing plants from the processing lines to quality control, and some in management. The wages are not often high but formal employment brings benefits such as maternity leave and insurances that informal work does not offer.

In informal tuna processing, the picture is much more diverse. Smoked tuna, or cakalang fufu, enterprises in Bitung are often owned by women but the labour is done by men. Women are heavily involved in making tuna snacks and condiments chicharon and dayok in General Santos City. In the Solomon Islands, women cook tuna rejects from industrial fleets, tuna from small-scale fisheries as fish and chips or traditional baked products, and sell it in local markets.

The case of SolTuna cannery in Noro shows the benefits that can come from taking a ‘gender lens’ to the processing environment leading to better understanding of the reasons behind high absenteeism and turnover. Some female factory workers, who are first in their families to have a regular wage, had little financial literacy and were unable to make their wages last the full pay period. They took days off to raise cash in the markets. Women were also leaving factory work once they had children due to a lack of affordable child care nearby and informally sold items in the market instead due to the convenience.

Once the company had a better understanding of their female workforce, they worked with human resources specialists who devised a culturally appropriate family budget. The result was a 6 percent drop in absenteeism and reports of a happier workforce. A childcare centre is now being built near the factory.

All of these strategies that can be considered and implemented in many other factory lines in tuna-dependent communities to improve the lives of women, and the communities they’re part of.

Kate Barclay is a Professor in the Climate, Society and Environment Research Centre (C-SERC) at the University of Technology Sydney where she researches marine social science in the Asia Pacific region.

Kate Barclay received funding for research mentioned in this article from the World Bank and the David and Lucile Packard Foundation.

The views expressed in this article are her own, she is not speaking for her funders.

The author has no conflict of interest regarding the content of this article.