Vietnam’s illegal fishing could earn it an EU ban 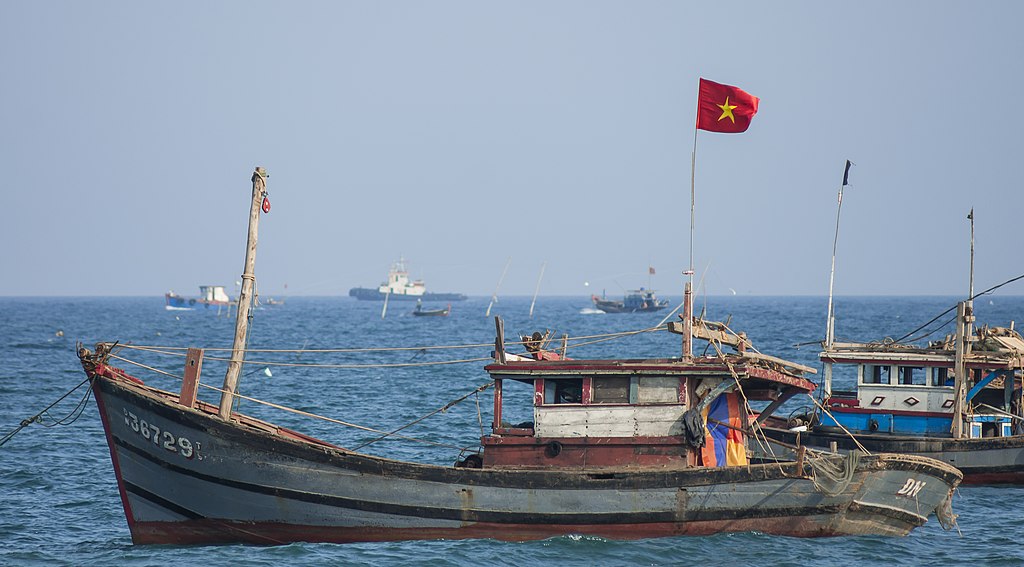 Motivation for illegal fishing in Vietnam is high and aided by lacklustre enforcement. : CEphoto, Uwe Aranas CC BY 3.0

Once among the world’s worst nations for illegal, unregulated and unreported fishing, Vietnam is battling to redeem itself after a yellow card warning.

Rogue fishers could see Vietnam barred from the European Union seafood market. Despite making considerable efforts to halt illegal fishing by 2022, at midyear the country is still hobbled by weak policy administration and lax enforcement of fishing regulations.

Illegal fishing earned Vietnam a yellow card warning from the European Commission in 2017. Non-EU countries that export fish to the EU or lend their flags to vessels that do so must meet strict standards for fisheries management.

If they do not, they may be ‘carded’ and could have their fish excluded from the EU market. In 2019 a global watchdog ranked Vietnam fifth worst in the world for illegal fishing. By 2021 it had improved significantly to 56th worst – but further improvement means tightening its fisheries management across the board.

Vietnam’s recently increased penalties are still less severe than in other countries where illegal fishers face prison. Some local authorities ignore violations, and few cases are prosecuted. Brokers collude to bring Vietnamese vessels into foreign waters to fish illegally, and bribes see Vietnamese fishers arrested there returned to Vietnam along with their boats.

Collecting data and evidence about illegal fishing is difficult because the wrongdoers use sophisticated tricks to avoid detection.

The monitoring system for controlling boats at sea is intended to provide onboard warnings when a vessel crosses an international boundary. But this is easily evaded: many Vietnamese fishers remove or turn off their units or even place them on another vessel while their own boat is out at sea.

Catch certification at Vietnamese ports is limited and traceability activities do not meet European Commission requirements. Fishing boats commonly dock without proper declarations and violations go unpunished. Many captains fill in their fishing logbooks at port as catches are unloaded, rather than at sea as required.

Efforts to prevent illegal fishing are disconnected across state and local levels. Numerous sanctions exist on paper but are not enforced in practice. Fisheries agencies and fishers have ignored numerous administrative decisions.

The division of sea areas means too many vessels work in near-shore fishing grounds. Marine resources are depleted and fishing grounds overlap. All this acts as an incentive for fishers to operate in foreign waters instead.

Patrol administration varies between provinces, leading to weak law enforcement because areas of responsibility are unclear. In Binh Dinh and Khanh Hoa, for example, the Fisheries Inspectorate Division of the Fisheries Branch Department runs the patrols as part of the Department of Agriculture and Rural Development (DARD). But in Kien Giang and Binh Thuan, the DARD runs the patrols directly. Even basic improvements would go a long way to fixing the problem.

Decrees to fight illegal fishing need to be revised and finalised as quickly as possible. At the moment, high profits mean Vietnamese fishers dodge and break the rules to continue illegal fishing. To be a deterrent, the new regulations need robust sanctions such as prosecuting violators and regularly publishing lists of boats and owners caught breaking the law. Information about fisheries law and regulations also needs to be disseminated widely.

The Vietnamese government needs to strengthen its monitoring, control and surveillance systems for fishing vessels and clarify the responsibilities of law-enforcement stakeholders. Implementing the electronic catch documentation and traceability (eCDT) system would be a significant improvement over existing pen-and-paper methods.

And better late than never: Vietnam needs to join the relevant international treaties on illegal fishing.

Vietnam has come a long way in addressing illegal fishing. Whether it can end the problem by its self-imposed deadline of 2022 depends on how fast it can toughen enforcement, improve education and streamline surveillance measures to keep illegal boats out of its neighbours’ waters.

Dr To Van Phuong is with the Institute of Marine Science and Fishing Technology and Director of Academic Affairs, Nha Trang University, Vietnam.

The author declares no conflicts of interest.