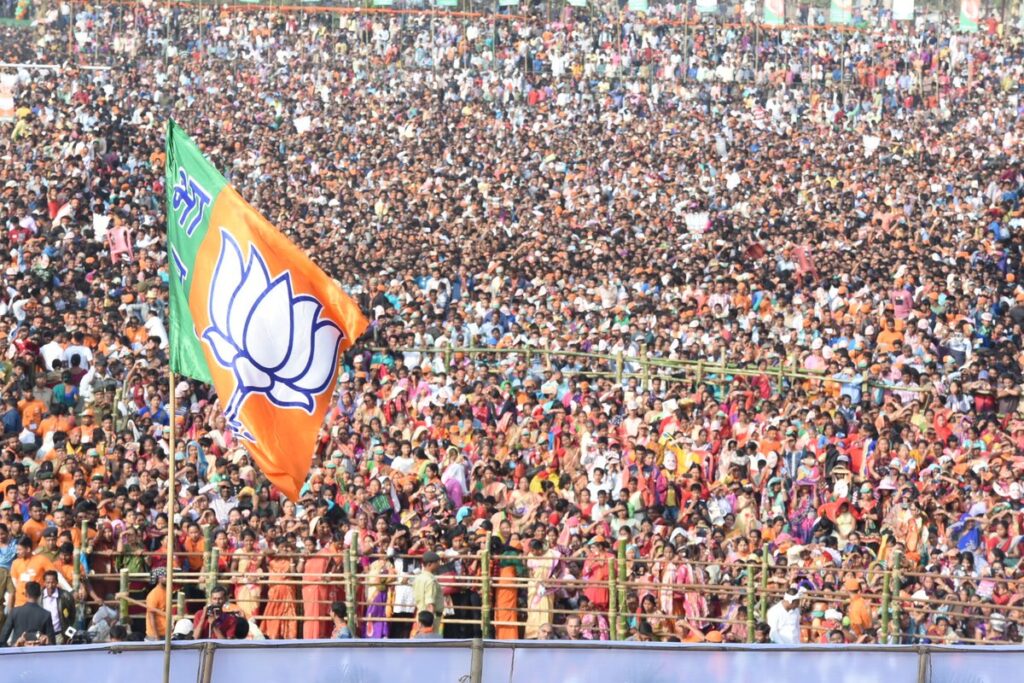 With a new cold war afoot, states are being asked to choose sides. For India, self-identity and domestic politics will all come to bear.

The world is at an inflection point. The war in Ukraine shows no signs of abating, and the principals in the ‘new’ cold war, are asking other states to choose a side.

The challenges for India are daunting. How can it contribute to world events in proportion to its demographic bulk, its myriad diversity and its potential as the liberal democracy envisioned in its constitution? More concretely: how does it contend with Beijing, a competitive Asian neighbour turned combative, while cultivating its relationship with Washington, a far-away liberal democracy, alienated during the original Cold War days?

The answers to these questions lie in an analysis of the ripples from the trajectory of India’s domestic policies; its dialogues with, and beyond, its neighbourhood; and the role, or lack thereof, of the last 30 years of its elected governments during the period of speculation about the emerging international order.

Shifts in allegiances began to take place almost immediately after the collapse of the Soviet Union in 1990-91, especially among middle and low-income states. India was no exception.

By the mid-1990s New Delhi had leaned towards the liberal international order; economically, by liberalising its fiscal policies, and in foreign policy, by distancing itself from the Soviet Union turned Russian Federation. It is simplistic to characterise this as a betrayal of Moscow, but, in hindsight, it allowed India to play “the game of being multi-aligned”, to use foreign policy journalist Fareed Zakaria’s helpful phrase. This is true even as the Ukraine war compels India to choose between the Washington-NATO and the Beijing-Moscow alliances. In fact, in this phrase lies a significant clue to India’s present challenge in the wake of a China risen globally, an irredentist Russia in Europe, and a United States attempting to juggle its security interests in Europe and Asia.

In its foreign policy, it would be fair to say that for the last 75 years India’s overall relationships with its territorial neighbours (Afghanistan, Bangladesh, Bhutan, China, Myanmar, Nepal and Pakistan) have been somewhere between patronising and adversarial, as opposed to conversational and dialogic. Similarly, its dealings with the great powers (Moscow, Washington, the EU and, more recently, China) have been at the expense of the greater Asian neighbourhood including pre-21st century China, Japan, South Korea and others. The disadvantage of this leapfrog policy was aptly illustrated a few years ago, when New Delhi objected to China’s strategic encroachments in South Asia and complained that it was unwarranted in India’s backyard. Beijing’s rapid riposte was that South Asia was China’s backyard also.

A review of the global discussion of a “new world order” reveals India has not contributed substantively to it, arguably because of internal instability. But stability in wildly diverse South Asia, with a combined population of close to 2 billion, should be of concern to the world’s ‘liberal international order’, after China’s emergence as a world power.

It is relevant to point out here that the binary between ‘liberal democratic’ versus ‘authoritarian’ states is simplistic and perhaps prejudicial. China can be characterised as a ‘civilisational state’, one with a distinct sociopolitical and religious character. Recent experience shows that it is equally possible for nominally liberal and civilisational states to be authoritarian, even as both deploy the word ‘democratic’ to their respective advantages.

New Delhi is being wooed by both sides of the liberal democracy versus civilisation-state contest. Its choice remains ambiguous. On the one hand, New Delhi has reversed, at Washington’s nudging, its earlier ‘neutral’ stance on Ukraine. Simultaneously, it remains an important member of the Russia-India-China (RIC) dialogue which, strikingly, is a grouping of civilisational states. It is not insignificant that while the Sino-Russian joint statement during Putin’s winter Olympics visit to China largely ignored India, it was still prominently showcased in the statement as an important constituent of the RIC dialogues.

In this setting, it is important to note that today India explicitly defines itself as a Hindu nationalist state. In the interpretation of the ruling Bharatiya Janata Party (BJP) and its parent organisation, the Rashtriya Swayamsevak Sangh (RSS), purportedly a “cultural organisation”, this is not in contravention of the Constitution of India. It would be naïve to blame the eight-year-old BJP government for this trajectory in India’s state-building. The polarising, hate-provoking and violent use of religion began almost forty years ago with the anti-Sikh pogroms in 1984 and, eight years later, the razing of the disputed Babri mosque to clear the ground to build a Hindu temple. Neither event took place under the auspices of a Hindu nationalist government. The 1992 demolition of the Babri mosque is especially significant because it coincided with a radical about-face in India’s economic policy, the collapse of the Soviet Union and the worldwide rise of ethno-religious identity in politics.

So while India reacted very ably to the economic implications of globalisation in the decades after 1991, it failed to address its socio-political consequences – the rise of identity politics being one of them. In this neglect, all its subsequent governments ceded the political emotions of globalisation to Hindu nationalist sentiment. Regardless of whether this was for reasons of electoral tactics (ballot box politics) or strategy (tempered Hindu nationalism as vanguard), the civilisational state sentiment has been a steady presence as India strode into the new millennia. In 2014 the civilisational state-building project returned with a coherence, cogence and intensity unprecedented in India. Today it dominates all aspects of Indian political life, including its foreign policy. That said, there are many Indians who continue to aspire to the ideal of a pluralist, as opposed to a civilisational, state.

If civilisational nationalism wins in the 21st century, the ‘quandary’ of having to choose between the US-NATO and the Russia-China alliances may well be a boon for the current political dispensation in New Delhi. It allows it time to promote a benign self-image externally and creative ambiguity in its internal politics.

The recently re-introduced internal debate, assuming it is still a debate, of self-definition between liberal democracy and a civilisational state is critical because it will directly impact South Asia’s seven sovereign states. One billion plus Hindus, 650 million Muslims and a few hundred million minorities of Buddhists, Christians, Sikhs and Zoroastrians will be viscerally impacted. Depending on the implementation of the civilisational state vision, the effects will be felt not just India, but South Asia with its more than a quarter of the world’s population and, by extension, the global economy and geopolitics.

Siddiq Wahid is an author and historian of Inner Asian and Tibetan history. The focus of his current work is the interaction between Central Eurasia and South Asia. He is an Adjunct Fellow at the Institute of Chinese Studies in Delhi.