Why women are often overlooked in household surveys 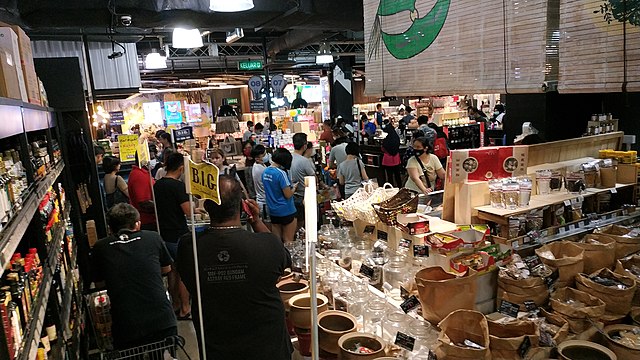 Malaysia’s household surveys, which encompass income, expenditure and basic amenities, are used as tools to shape society and policies: Renek78

Women’s voices are systematically discriminated against when it comes to the generation of knowledge that underpins national policies.

Malaysia’s household surveys, which encompass income, expenditure and basic amenities, are used as tools to shape society and policies. However, the surveys’ categories introduce a form of injustice described by philosopher, Miranda Fricker, as ’hermeneutic marginalisation’. This marginalisation prevents certain groups—in this case, women—from participating in the generation of social meanings.

However, the categories in household surveys are not confined to Malaysia. The Canberra Group Handbook, which Malaysia references, is commonly used to set the standards for household income statistics and has been applied in other countries. It is an internationally accepted standard published by the United Nations.

The problem arises from using the ’head of household’ as the ‘representative person’ to arrange households into a set of categories, including citizenship, ethnicity, state, age, occupation, and industry.

Indeed, household heads in Malaysia are predominantly listed as male. As such, the construction of social meanings derived from household surveys is premised on categories that are determined by male characteristics. This is not to say that women are not counted; they are, but their realities are arranged using male-centric categories, hidden under the household as a unit of analysis.

The idea of household heads being the main provider is based on the notion that a household is an income-pooling unit. However, in a 1981 study of the household budgets in a Malaysian village, researcher Diana Wong observed that household members, women and men, strictly maintained separate financial accounts. When they do make contributions to the household, their contributions are reflected as gift transfers rather than income pooling.

The effect of these gendered categories is perhaps best illustrated by the issue of citizenship. From 1989, Malaysia’s household income data has been ‘based on Malaysian citizens’ (the published data began from the year 1970).

Given the male pattern of household heads, a Malaysian woman who married a non-Malaysian man is more likely to be excluded from the published data, but a non-Malaysian woman who married a Malaysian man is more likely to be included. This means that whether a woman is included or excluded ultimately hinges on the citizenship of the household head, regardless of the women’s citizenship.

Malaysia’s surveys conceive of households as private residential units, as distinct from non-private dwellings like hostels, hotels, and welfare homes. However, from the standpoint of a foreign domestic worker, the household is neither private nor solely a residential space. The household is also a place of employment in which the boundaries of public and private are not clearly defined.

The categorical rather than individual nature of the problem highlights how this kind of gender inequality cannot be easily resolved with more sex-disaggregated data, something the UN Sustainable Development Goals may be more prone to.

A practical solution is to release household statistics at the level of household members to enable a more detailed analysis of household dynamics. But gendered categories would still remain at the household level.

Solving the problem requires alternatives to how Malaysia categorises households without being fixated on the male-dominated notion of household heads. Only then, can this form of systemic discrimination be challenged.

Christopher Choong Weng Wai is currently a PhD candidate at the University of Warwick and a recipient of the Chancellor’s International Scholarship. Christopher Choong is also the Deputy Director of Research at Khazanah Research Institute in Malaysia, and a Senior Atlantic Fellow for Social and Economic Equity at the International Inequalities Institute, London School of Economics. He tweets at @chrischoongww.