Who will clean up Indonesia’s dirty cop problem? 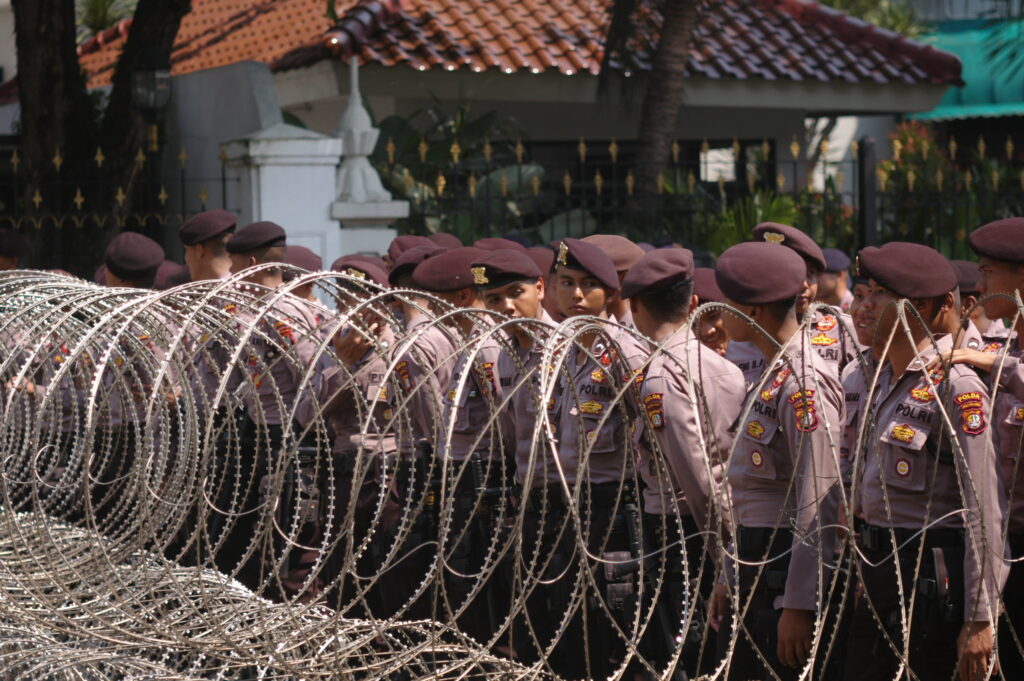 The appetite to clean up corruption within Indonesia’s police ranks is low. : EPSN3418 by Seika is available at https://bit.ly/3gMXRtb CC BY 2.0

Corruption is rife within Indonesia’s police ranks but it’s unclear whether there is the appetite to clean up their act..

Two weeks after the Kanjuruhan football stadium stampede which killed more than 130 people, Indonesian President Joko Widodo summoned hundreds of regional police chiefs and high-ranking officers to the presidential palace. He warned them against repressive approaches and banned officers from exhibiting a lavish lifestyle.

Apart from their brutality, Indonesian police officers are notorious for having a lot of money to buy luxury goods.

The highest salary a police officer can earn is 5.9 million rupiah (US$383) per month. In addition they can earn up to an extra 34.9 million rupiah (US$2267) per month in bonuses. Although officers are prohibited from owning luxury items and there are punishments for those who violate these regulations, many high-ranking police and their families flaunt their luxury lifestyles without any sanction. In 2020, Corruption Eradication Commission (KPK) chairperson, Police Commissary General Firli Bahuri, was sanctioned for displaying a hedonistic lifestyle. He kept his job.

Jokowi’s warning about police officers’ luxurious lifestyles was nowhere near enough – it does not touch the root of the problem: inherent corruption within police nationwide.

In 2012 the Commission did succeed in prosecuting Inspector General Djoko Susilo for graft and money laundering. But in 2015, it failed to prosecute Commissaries General Budi Gunawan who was a suspect in a graft case during his tenure as the head of the Career Development Bureau at the National Police headquarters from 2004 to 2006. The police retaliated by arresting Commission chairperson Abraham Samad and Commissioner Bambang Wijayanto.

These cases show how the government has failed to clean up police corruption. Leading expert on Indonesian police affairs Jacqui Baker says police reform is dead because political elites have no incentives to reform the institution.

After the Soeharto military regime fell in 1998, police seized illegal businesses from the army. Positions held by military officers are now filled by the police, such as several Director-Generals at the Ministry of Transportation and the Director-General of Corrections in the Ministry of Law and Human Rights. President Jokowi also appointed a former National Police Chairman as Minister of Interior. The current chairperson is also an active high-ranking police officer.

Apart from replacing the army’s position in state civilian bureaucracy, the police also took over the army’s role in securing a large amount of illicit money from businesses. A Charta Politika survey found corrupt practices in the police were perceived as the highest among public institutions.

The chances of eradicating corruption among police is slim without a  push from civil society. The opportunity might come in 2024 in presidential and parliament elections. Voters should look to any political party which proposes a real program to reform the police.

Any program needs a transparent and accountable system for the police by adding stricter procedures to audit police properties annually and make them open to the public. The next  president could also ensure the Corruption Eradication Commission readjusts its main mission to prosecuting corrupt police officers. These substantive actions are necessary to clean the dirty rub.

Fachrizal Afandi is a lecturer in the Faculty of Law, Brawijaya University, Malang Indonesia. He is chairperson of Brawijaya University Center for Criminal Justice Research (PERSADA UB), and the co first author with Adriaan Bedner of “Between Upholding the Rule of Law and Maintaining Security: Criminal Justice Actors in Indonesia’s Constitution” in Constitutional Democracy In Indonesia edited by Melissa Crouch. Dr Afandi declared that he has no conflict of interest and is not receiving specific funding in any form.