What if women designed the energy transition? 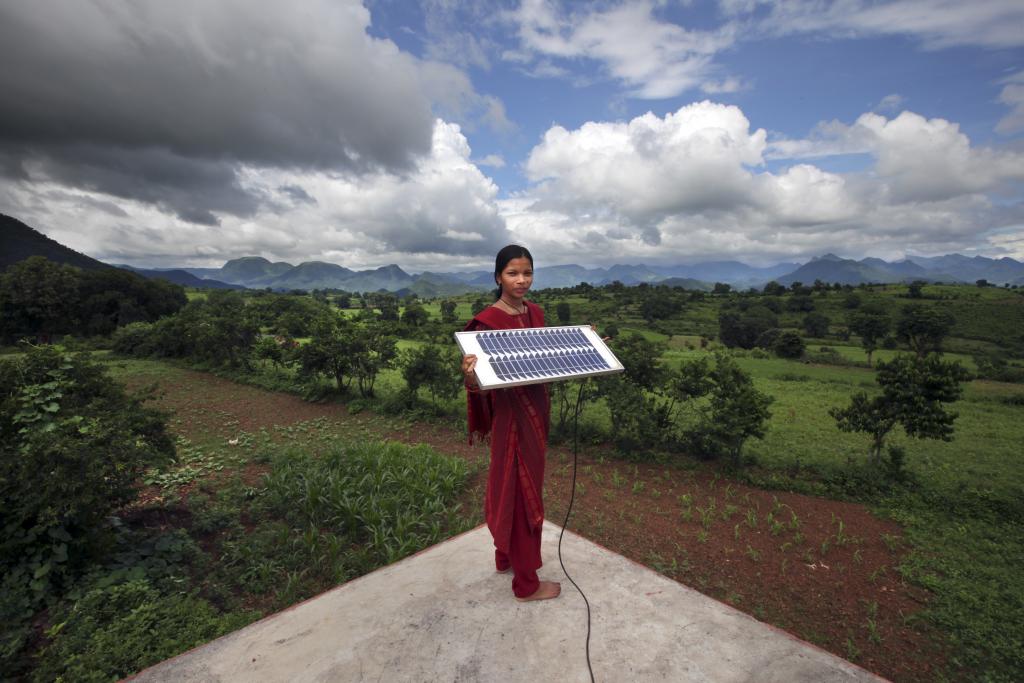 Meenakshi Dewan age 20 is one of 4 women from the village of Tinginapu, in the Eastern Ghats, Orissa, who has been trained in solar powered engineering. : DFID

By Reihana Mohideen, University of Melbourne

For people in large parts of the world, ‘energy access’ still means packing large bundles of firewood to carry home on their head for cooking and heating. Some 750 million people still have no access to electricity and it’s often women that bear the brunt of extra chores required to cook and clean without power.

In 2021, the COVID-19 crisis has made basic electricity unaffordable for 30 million more people, largely in Africa.

But the pandemic provides the world with an opportunity. Where once energy systems design was dominated by male engineers, the movement to renewable energy, known as the ‘energy transition’ has the potential to transform how energy is produced, distributed and consumed.There‘s the chance to leapfrog different stages of the slow-moving energy transition, while simultaneously prioritising women’s employment and livelihoods and reducing their ‘time poverty’ due to the burden of care work.

To ‘build back better’ must mean to build back differently.

In developing South Asia, community energy systems are being driven by a combination of technology and socio-economic considerations. When supported by the right policy environment, the poor, women and marginalised groups can participate in renewable energy industries from their inception. This includes financial assistance and tariff incentives to enable the uptake of new technologies by all sections of society.

In the Maldives, power generation in the outer islands from old diesel systems was replaced with solar-PV-Battery hybrid community energy systems, scattered over 160 islands.

The benefits included lower CO2 emissions, reduced local air pollution, lower electricity costs due to reduction of imported diesel and, in the case of Dhiffushi island, the integration of additional assets, such as ice-making machines, operated and maintained by the island development councils. Women’s development committees played a major role driving an increase in income from fishing and other community enterprises.

Technical standards can also play a role as we rethink system design for people, not only technical efficiency. For example based on sustainable development goals including to “enhance the use of enabling technology …. to promote the empowerment of women”. This requires drawing women into the process by which technology is designed, developed and used.

Gender equality can be integrated as an explicit objective of system design, based on specific indicators and metrics, such as reducing women’s time spent on household chores and increasing women’s income through time spent on employment or income generation activities.

In rural electrification programs, gender equality and women’s empowerment can be incorporated as an objective in models and power industry plans.

And in general, women’s employment in STEM industries is likely to help promote gender equality in energy design. The challenge is extending good one-off examples across the industry and its institutions, as well as the systems and projects that we design. This requires a transformation in how we work, produce, and consume, and the energy transition provides us a historic opportunity to do this.

In the wake of the COVID-19 crisis people have been reminded of the importance of resilience and how energy systems are interconnected with health, transport and digital infrastructure. A failure in one can lead to cascading failures elsewhere and the poor in the poorer countries are the most vulnerable.

Just as carbon dioxide emissions are now a pillar of design in many systems, social considerations should be a factor in design of new energy systems.

Dr Reihana Mohideen is an electrical engineer and currently a Principal Advisor in social implications of technology at the Nossal Institute, Melbourne School of Population and Global Health, University of Melbourne.

Reihana Mohideen’s research received financial assistance from the Asian Development Bank. Reihana Mohideen declared no conflicts of interest in relation to this article.