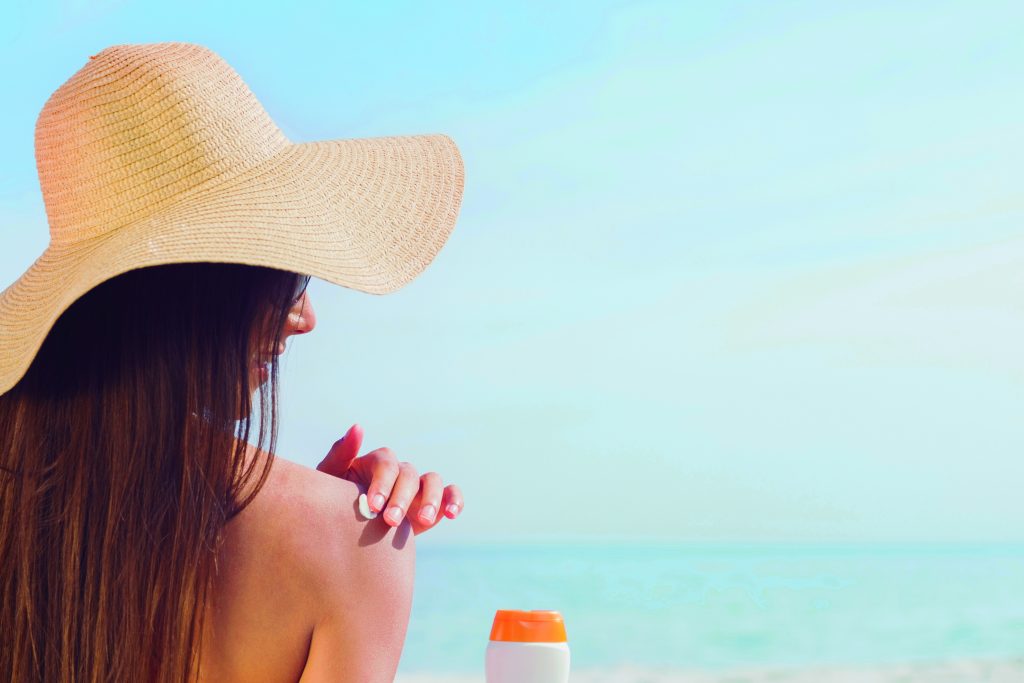 Sunscreen is a non-drug intervention that is safe and effective. : Wavebreak Media LTD

Compiled by the Royal Australian College of General Practitioners, HANDI is the world’s first compendium of drug-free medical treatment.

In 2017, while travelling around rural India, Rae Thomas’s adolescent daughter began experiencing dizziness and nausea lasting for several hours. Rae recalled hearing that a head rotation procedure could help with the most common cause of persistent dizziness. Using her mobile phone she found a description of the Epley manoeuvre (or canalith repositioning) on the HANDI (Handbook of NonDrug Interventions) website, watched the linked video a few times, and performed the procedure. Her daughter’s relief was immediate – though it needed repeating over the next few days. Rae was aware of this option only because she worked at the same university as the developers of HANDI.

The Epley manoeuvre is just one of dozens of effective ‘non-drug’ treatments which are under-used by doctors and patients.

Some have substantial, research-supported effects: exercise (as part of “pulmonary rehabilitation”) for patients with chronic airways disease can prevent 70 percent of hospital re-admissions and deaths; daily sunscreen can cut invasive melanoma rates by 50 percent; and ‘external cephalic version’, turning an in-utero baby by pushing on the mother’s abdomen, can avoid 50 percent of dangerous breech births.

If there were drugs that were similarly effective, doctors and patients would clamour for access; companies would set high prices. But unlike their pharmaceutical brethren, these non-drug treatments are less intensively researched, poorly described in that research, weakly regulated, and unmarketed – especially when free or cheap.

One explanation for their relative neglect has been the lack of a respected compendium, equivalent to the pharmacopoeias (drug handbooks) which doctors look up when prescribing. Instead, the trials of effective non-drug treatments are widely scattered in the vast oceans of research literature. There is no regulatory body (such as the TGA in Australia or FDA in the USA) to pass judgment on which are effective. And usually no company has an interest in marketing them.

Perhaps the most neglected non-drug ‘treatment’ is exercise for chronic illness – lung disease, heart failure, cancer fatigue, diabetes, depression, and so on. While exercise is often promoted for prevention in healthy people, ill people have the most to gain, but are often fearful of exercise. Exercise can bring on symptoms such as breathlessness and fatigue, but, with persistence, will improve function and quality of life, and often reduce relapses and improve survival.

In the past decade, we recognised that specific exercises can often overcome functional deficits. Some of these are described in Norman Doidge’s popular book The Brain that Changes Itself which sets out the discovery and impact of brain plasticity for rehabilitation. One clinical example is “mirror therapy” – where patients perform activities via feedback from a mirror –successfully used to treat phantom limb pain and regional pain syndromes after stroke.

To address the lack of a compendium, in 2013 Australia’s Royal College of General Practitioners (RACGP) began to compile effective non-drug interventions relevant to primary care.

Based on the format of modern drug handbooks, each HANDI entry includes indications, contraindications and ‘dosing’. The aim is to make ‘prescribing’ a non-drug therapy almost as easy as writing a prescription for a drug. It enables clinicians to offer a greater choice of interventions to a patient, who may wish to avoid drugs and the risks and lifestyle changes often associated with drug treatment regimes. Since its launch in 2015 HANDI has become steadily more popular with Australian GPs, and has been incorporated into many local ‘clinical pathways’, but it is under-used compared with drug-based options.

HANDI is one step towards improved non-drug interventions, but other problems are yet to be tackled. One issue is how poorly non-drug treatments are described in current medical trials – one study showed less than half are sufficiently clearly described to allow replication in follow-up studies; this also creates problems in reviewing the evidence and making recommendations.

Another barrier is the lack of inclusion in medical training – pharmacology is taught but not as much ‘non-pharmacology’. But perhaps the most important problem is that many of these non-drug treatments are free or cheap and have no copyright, so there is no one to profit other than the patient.

The pandemic has taught us the important role of non-drug interventions – such as social distancing, avoiding crowds, better ventilation, and masks. Let’s hope that lesson is not forgotten.

The RACGP’s HANDI working group meets six times per year, collecting possible topics from a variety of sources. Each potential HANDI entry then goes through a three-step process before being published.

Step 1: Assessing the evidence and relevance

The group assesses the proposed non-drug intervention, by considering two questions:
1. Is the evidence strong enough?
2. Is the intervention relevant to and practical for general practitioners?
Treatment must be supported by at least two positive, good-quality randomised controlled trials (RCTs) with patient-relevant outcomes, or one RCT with strong supportive evidence for the causal connection under investigation.

Next a group member works with a medical writer to develop a detailed “how to” guide for the use of the non-drug intervention which includes indications, contraindications, precautions, adverse effects, availability and description of intervention, plus consumer resources.

The draft entry is reviewed at a subsequent committee meeting prior to finalisation and publication onto the HANDI website.

Paul Glasziou is chair of the HANDI project team, Professor of Evidence-Based Practice at Bond University and the Director of the Institute for Evidence Based Healthcare. His key interests include identifying and removing barriers to using high quality research in everyday clinical practice.

Prof Glasziou is supported by a Fellowship from the NHMRC.