The problems with space mining no one is talking about 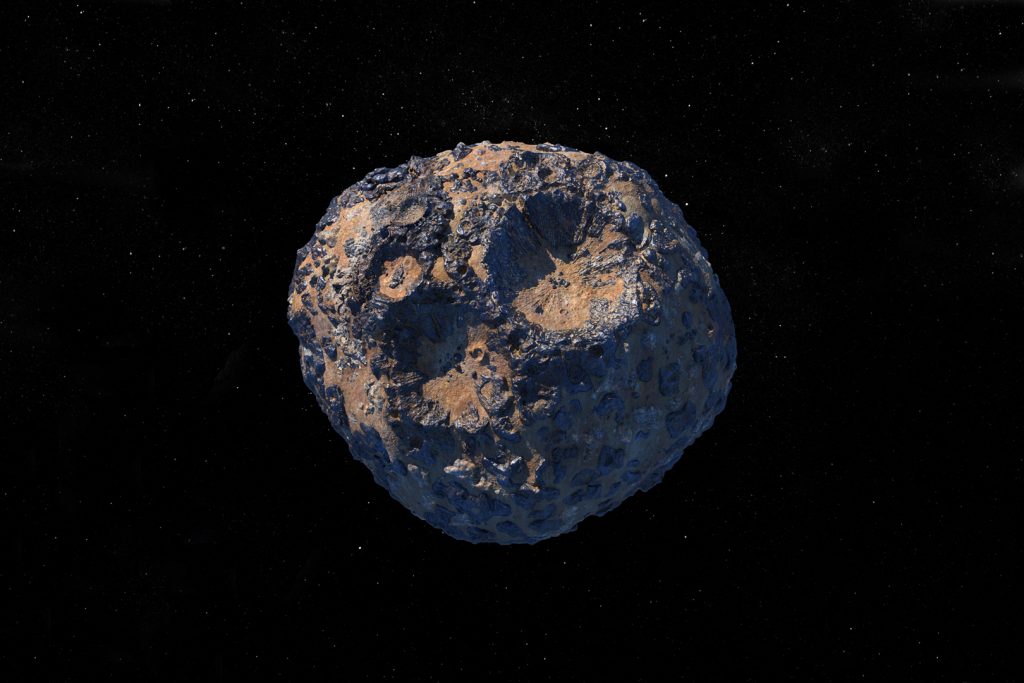 The Psyche asteroid is rich in potentially useful metals. A missions to explore it will launch in 2022. : NASA/JPL-Caltech/ASU

Asteroid mining could unlock untold riches and thorny ethical problems. Are we ready as we race to the launch pad?

The most enthusiastic advocates of asteroid mining suggest it could unlock trillions of dollars of wealth; more sober analysts: tens of billions.

Space resources are occasionally compared to those of the sea. But the barrier to entry for the ocean is a fishing pole or net or the ability to dive. Asteroid mining, by contrast, requires advanced technology and large amounts of starting capital.

The level of wealth required to pursue an asteroid mining venture is concentrated in the hands of a very small number of people. Large disparities exist between those able to take advantage of the resources and those most at risk of harm by exploitation.

It also seems possible, if not likely, that the earliest successes in asteroid mining will be the only successes. Competition with established companies will be an additional barrier, and a monopoly or cartel may develop.

Daniel Pilchman, a legal philosopher, says asteroid mining is likely to increase inequality on Earth. He argues it will therefore be an unethical practice, unless it can be regulated to bring benefits to all. James Schwartz, also a philosopher, says mining asteroid resources is unlikely to “significantly improve the well-being of average human beings”, and by extension, would be unethical. He assumes those resources would be used to support space-based rather than Earth-based needs, a conclusion not everyone agrees with.

Cosmologist Aparna Venkatesan says there’s a need to integrate indigenous knowledge and mainstream astronomy to prevent the expansion of “the mindset of colonialism to a truly cosmic scale”. This mindset of colonialism is deeply intertwined with many of the stated motivations for resource exploitation in space and its ability to equip human expansion into the Solar System.

Many other space scientists  argue it is “critical that ethics and anticolonial practices are a central consideration of planetary protection”. They recommend the space science community consider the ethics of planetary missions to explore questions such as the “preservation of environments on planetary bodies”, the “long-term environmental impacts of resource extraction on planetary bodies”, and the “short-term impact of largely unrestrained resource extraction on wealth inequality”.

This legacy of colonialist decision-making harming Indigenous people throughout history has left a stain on the profession of mining – a legacy space miners would do well to avoid. For example, the mining workforce is ageing in part due to the challenge of attracting early career employees who are more environmentally minded than the previous generation. Environmental impact assessments, now a standard part of the approvals process for many new large-scale mines could be applied to asteroid mining. Mining companies are increasingly concerned with obtaining a ‘social licence to operate’ from local stakeholders, who will shut down mining operations with strikes and blockades if they are dissatisfied.

Asteroid mining may not harm humans in a way that’s comparable to terrestrial mining, but disruption and dust from mine operations is still possible. Physicist Paul Wiegert studied the spread of dust when NASA and the European Space Agency tried nudging the asteroid Didymos to test an asteroid impact prevention system. He concluded that while the released dust and rubble posed no threat to Earth, mining operations could plausibly generate lots of such debris.

On the flip side of questions about whether it is ethical to mine asteroids is the question of whether it is ethical to leave a vast store of resources untouched. Resources that would be useful for things like green energy and large-scale agriculture. Asteroid resources are unlikely to harbour life, meanwhile the only planetary body with known life in the Solar System, Earth, continues to be exploited. Weighing these ethical issues may become necessary in the face of climate change and ecosystem collapse. Planetary scientist Philip Metzger argues space mining will allow solutions to Earth’s increasing energy demands that are not currently feasible, such as beaming solar energy via microwave to Earth.

The United Nations takes the view that space exploration should be done for the benefit of all. It is reasonable for society, which is being asked to fund investment in enabling technologies, to ask in return not only for a lack of harm from asteroid mining but for an equitable share of the positive benefits gained.

Space science is often lauded for its ability to inspire future generations. That inspiration can cut both ways: how humans act in taking these steps into the cosmos will set precedents that subsequent generations will either follow or have to undo. The question is not only how to make technical progress but whether we should.