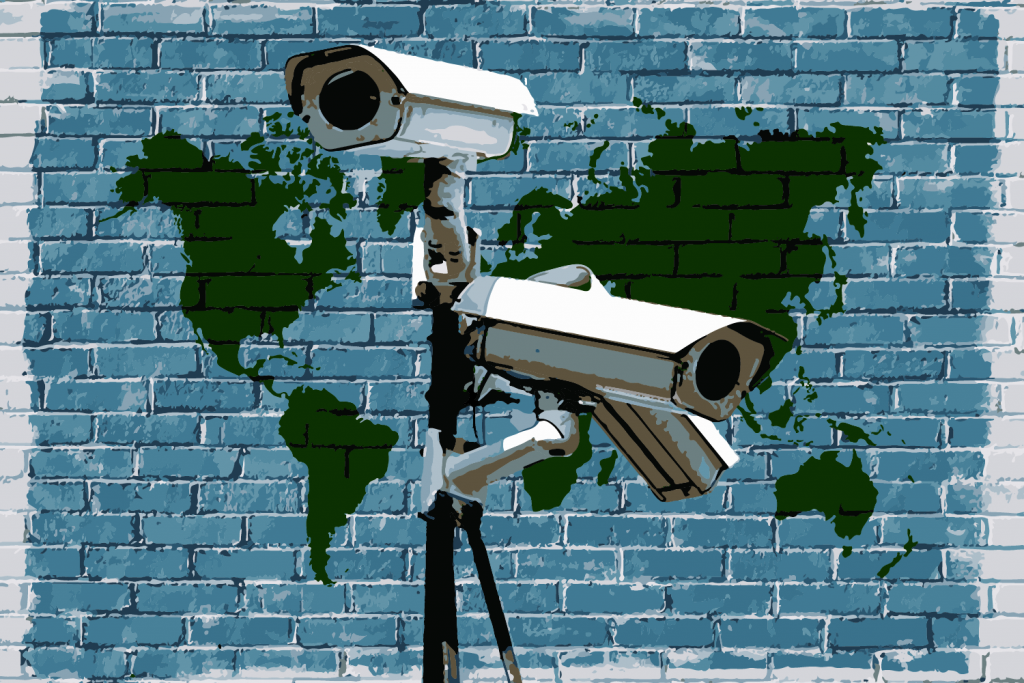 Wherever you live in the world, it’s increasingly likely your government is watching you. : Michael Joiner, 360info

Effective governance is an increasingly difficult task in an interconnected world with quickly evolving technology.

As threats to personal data and national security grow, so have the tools towards state surveillance.

We  may not have reached an Orwellian dystopia where ‘Big-Brother-is-watching’ every facet of a citizen’s life.

But US whistleblower Edward Snowden showed mass data collection and surveillance means many nations could be well on that path.

State surveillance — government monitoring, collecting and processing of citizens’ personal data — has seen a quantum leap with the advent of artificial intelligence and breakthroughs in spyware.

State surveillance is able to deliver better management of growing populations and allocation of resources. But some policy objectives may be unlawful.It can be used by states to control dissent and can violate individual privacy as well as broader human rights. The most egregious example of this in the recent past has been the Pegasus spyware scandal.

State surveillance can be poorly regulated, sometimes deliberately so. National regulatory mechanisms are outpaced by new technologies of surveillance, especially spyware, which can bypass societal scrutiny. Additional threats are often created by the trans-national nature of surveillance, requiring better public scrutiny and regulation.

Traditional surveillance has changed from collection of information about individuals to gathering group data in specific social and political contexts. In China, for example, the social credit system is used to regulate and condition the social behaviour of individuals as well as corporate entities.

Extensive surveillance, however, is also being used for creating smart cities, smart policing and crime control using facial recognition technologies and for strengthening national security. The jury is still out on the efficacy of some of these projects.

Surveillance has intensified due to the COVID-19 pandemic with citizens being prompted to voluntarily become a part of track-and-trace social surveillance systems. The personal data collected to meet the challenge of the pandemic can and has been used for purposes other than for which it was sought.

It is not only autocracies that use surveillance of citizens to control and manipulate social behaviour. Democracies have also readily taken to adopting surveillance technologies without adequate safeguards.

A comprehensive study by Carnegie Endowment for International Peace showed that least 75 out of 176 countries surveyed use artificial intelligence technologies for surveillance.

New technologies of surveillance have provided states globally with the ability to keep tabs on public sentiment not only to modify policies but also to suppress dissent, thwart opposition and increase social control.

Quotes attributable to Katina Michael, Professor in the School of Computing and Augmented Intelligence at Arizona State University.

“COVID-19 has normalised practices of surveillance for care. It leads to the fundamental question: what will happen next? As we move on from peak pandemic, will we be able to overcome what has otherwise been normalised?”

“Anticipatory governance frameworks are now a requirement toward uncertain futures. These emerging frameworks will allow for instituting technology in the public interest during emergency declarations and disasters.”

The push toward “smart”— or digitally integrated — spaces has prompted a rapidly growing partnership between commercial entities and state actors. As a consequence, we see a shift away from social, public monitoring to more institutional and ubiquitous surveillance.

The Social Credit System is considered a central policy that must be adopted by local authorities, but its implementation is not consistent at the municipal levels.

Facial recognition is getting smarter, but the risks demand we proceed with caution

The growth in facial recognition technology is intimately linked to a rise in public surveillance by governments and companies. This brings an urgent need for greater community transparency about the use of this technology, and the additional legal and other safeguards that may be needed to prevent misuse and overuse of facial recognition.

Introduced into law in the face of widespread criticism, Australia’s new ID Act gives policing and intelligence agencies reach beyond their borders. It is vital to understand the full scope of these state-authorised hacking powers, and question whether appropriate safeguards are in place.

Like long COVID, the side effects of India’s rush to track its citizens could linger far longer than anyone bargained for. The need for a comprehensive data protection legislation to enable a truly fundamental right to privacy cannot be over-emphasised given the Indian state’s penchant for “digitising everything”.

What happens to Australia’s check-in data after the pandemic?

Australian state governments have collected a trove of sensitive personal information about citizens through pandemic-related QR code mandates. Despite assurances that the data would be stored responsibly, high-profile breaches have already taken place. As Australia looks towards life after the pandemic, the role of anticipatory governance will become key in the enablement of new forms of technology responses to emergency management.