Small satellites take to the skies 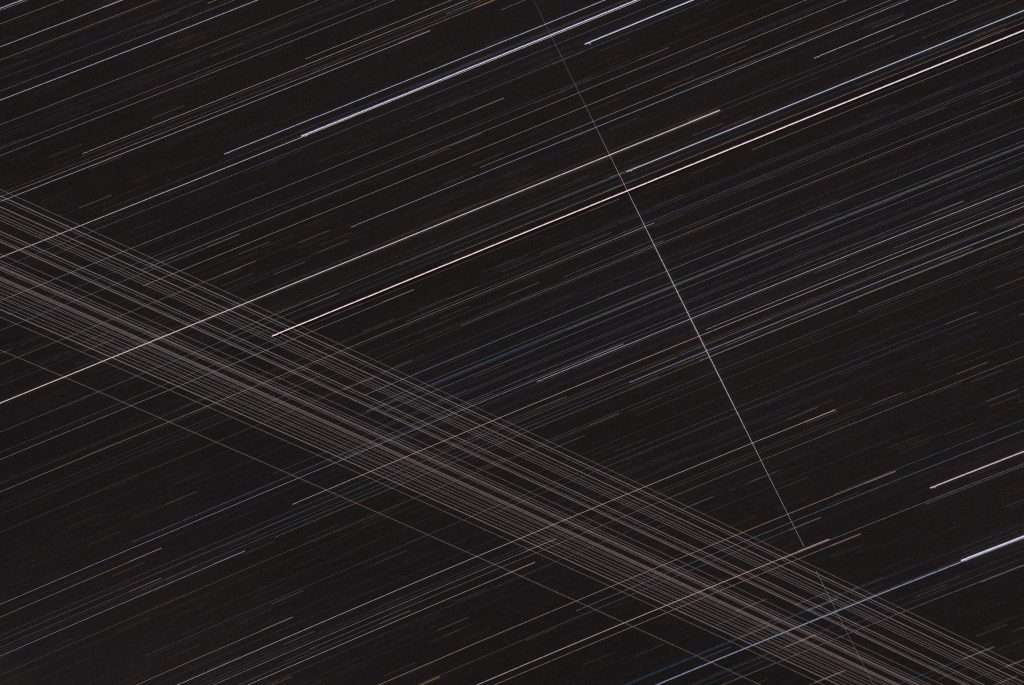 Constellations of small satellites will improve many services, but also obscure our view of the stars : Martin Bernardi

Processions of small satellites obscuring the sky have provoked the ire of astronomers, but their potential for humanity is enormous.

When it comes to rockets, Starship, one of the most ambitious SpaceX projects to date, certainly packs a punch. With more than 100 tonnes of payload and scheduled for orbital testing as soon as 2022, this gigantic, fully reusable system is designed to one day help humans colonise Mars.

What would this mean for us on Earth? For consumers, this is likely to mean greater access to satellite-based services, with improved quality and lower cost.

Starlink’s internet coverage will improve and other smaller but still-large constellations such as OneWeb will offer broadband internet, geodesy, navigation, communication, and weather monitoring and forecasting. Indeed, a distributed network of small satellites offers greater physical coverage, improved robustness of the network, and much better speeds of data transmission. It is also possible to collect a lot more high-quality data. And SpaceX and OneWeb are not the only industry players looking to the skies.

In addition to big-tech players, small companies, universities and public organisations will be able to afford to pay to launch their own satellites. With SpaceX planning to have a large fleet of Starships, it is likely that Starship and its relatives will be available to others in the same way that the SmallSat Rideshare Program uses Falcon 9. Various industries will look to transfer their technologies to orbit to exploit the advantages of zero gravity, from 3D-printing biological tissues and organs to growing protein crystals for pharmaceuticals. Affordable scientific experiments available to research institutions, large and small, will lead to new discoveries and technological advances.

For those developing and operating satellites, the fact that the low Earth orbit is becoming an increasingly crowded place brings new challenges in collision avoidance and traffic control. Right now, there are about 7,000 satellites – some of which are operational and some are dead – orbiting the Earth.

The development of Starship has allowed SpaceX alone to revise its initial plans from 12,000 to 42,000 satellites – from one company that’s a 600 percent increase on the combined launch of every satellite to date. The first constellation collision avoidance manoeuvre was performed in 2019, when the Aeolus satellite operated by the European Space Agency used its thrusters to avoid a collision with one of the Starlink satellites. In the near future, constellation collision avoidance manoeuvres will probably become a daily reality.

In addition to global control systems capable of coordinating such a large satellite population in the future, satellite propulsion systems are critical to ensure manoeuvring and, importantly, de-orbiting at the end of their service life to prevent them from becoming space junk.

Drastic miniaturisation of electronics has allowed developers to package functions previously available in only much larger satellites into something the size and weight of a microwave oven. Rapid prototyping and advanced manufacturing have contributed to simplification and affordability of the development and manufacturing processes, making them affordable for small teams.

Then there are challenges with propellant gases and their complex system of tanks, valves, tubes and gauges. Xenon is very expensive and highly in-demand. Krypton is less efficient, and hence more propellant needs to be carried on board.

But iodine could be a game changer for miniature satellites. As a solid fuel, it offers a combination of simplicity, much lower cost and reasonable efficiency. Solid iodine has recently been successfully tested in space. The design cleverly used the ability of iodine to transform from solid to gas at relatively low temperatures, which meant that the fuel could be stored without a tank and then made into a gas with only a small energy input. Rapid re-solidification of the gas when the heating was turned off allowed the designers to do away with inlet valves, further simplifying the system. Yet, this and similar systems will need to undergo further development before it can fully meet the needs of the satellites in commercial constellations.

Despite the exciting potential of thousands of miniature satellites circling the world, providing services to humanity, and skilfully jetting away from collision, not everyone is looking forward to this future. An overabundance of shiny satellites in the lower orbit can quite literally obstruct the view for star-gazers, both professional and amateur. Astronomers first raised these concerns soon after the launch of the first Starlink satellites. To minimise disruptions, SpaceX designed a DarkSat, a Starlink satellite designed to significantly reduce brightness. However, the design did not solve the problem and a new, more advanced design named VisorSat – a satellite with  deployable visors, was proposed.

Another concern is radioastronomy. Decreasing the adverse effect of mega-constellations on radio telescopes is a much more complex problem to solve, if solvable at all. It remains to be seen what impact 42,000 satellites, even darkened, will have on our ability to continue making discoveries about distant galaxies and the big bang.

It may well be the case that the very satellites interfering with our ability to study the universe from the Earth will be the ones to deliver the next set of advances in astronomy. In astrophysics, for example, interacting satellites can operate like multiple eyes separated by thousands of kilometres, observing the Earth and remote planets from different angles, and gaining information that cannot be collected by a single satellite.

We have the technology and will to expand our physical world to the Earth’s orbits. Despite the bumps and challenges along the way, exploration and exploitation of the near-Earth space will be the next phase in humanity’s expansion of our world.

Igor Levchenko is is a research scientist with the Plasma Sources and Applications Center, Nanyang Technological University, Singapore.

Kateryna Bazaka is professor and the lead for Aerospace Systems Engineering and an ARC Future Fellow at the School of Engineering, the Australian National University.