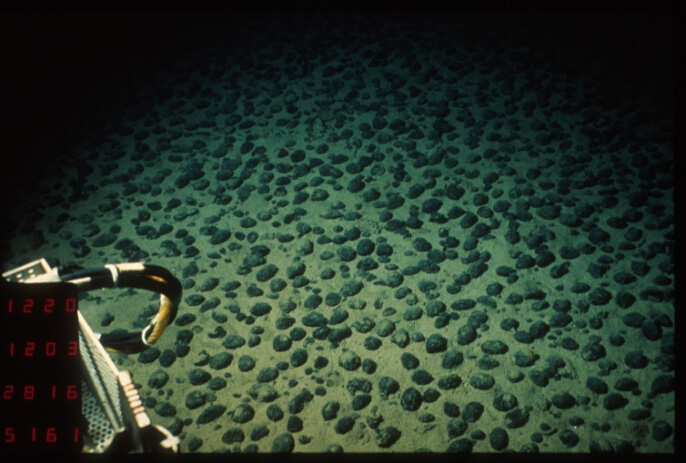 Seabed mining can affect fisheries and the flow-on social equity issues need to be addressed.

What is currently hundreds of metres down below the ocean floor could soon be found in our electronics and on construction sites. The desire to explore the deep ocean for minerals, such as copper, cobalt, and manganese is not new, but only now are companies pushing for commercial-scale mining.

The regulatory body for deep sea mining, the International Seabed Authority (ISA), is under pressure to finalise international regulations by mid-2023 after the Pacific Island nation of Nauru pulled a so-called two-year trigger last year. The trigger means it intends to submit a mining plan and the ISA must have the necessary regulations in place to assess it by the time frame. Numerous issues must still be addressed before mining can get the green light.

Seabed mining will likely create noise, heavy metal contamination, and large sediment plumes, which can cause significant risks not only to seafloor ecosystems but also mid-water ecosystems, including fish stocks. Many Pacific island countries and other developing states, where most seabed mineral explorations are underway, are dependent on fisheries for government revenue, nutrition, and livelihoods.

Food security is a particularly pressing issue for many fish-dependent low-income countries where tuna is essential for the nutritional needs of local people.The Pacific region holds the world’s largest tuna fishery and any decrease in tuna stocks can have deleterious effects on the health, economies, and livelihoods of ocean-dependent communities. Tuna accounts for an average of 37 percent of GDP for tuna-dependent small Pacific island states, and as high as 84 percent for some — seabed mining can potentially put these economies at risk. Tuna stocks are already threatened by climate change and scientific models predict a significant decline in fish catch for 10 tuna-dependent Pacific island countries. A decline in fish stock could lead to insecure food supply, decreasing revenue from fishing licences, a loss of employment in fishing and fish processing and community tension.

The UN Convention on the Law of the Sea (UNCLOS) legally classifies minerals on the international seabed as the common heritage of humankind, meaning they should be managed for the benefit of all. But this definition raises questions on equity: who shoulders the burden and who will reap the benefits of resource extraction remains unclear. A portion of economic benefits from seabed mining must also be shared with the international community under the UNCLOS, but how much and for what purposes are yet to be defined.

The ISA regulates all seabed mining on the international seabed, referred to as the Area, and state sponsorship is required to obtain a mining contract. States may receive royalties and financial benefits from mining operators in return for acting as a sponsor but social and economic risks are unlikely to be offset by potential benefits to local communities.

Deep seabed mining relies on high technology and robotics to conduct much of its operations and does not foster a local workforce that provides alternative employment. As a new industry, the technology used to mine remains unproven at scale, and significant environmental concerns persist.

Nauru, Tonga, and Kiribati currently sponsor an exploration contract for The Metals Company based in Canada, previously known as DeepGreen. The company has links to the now insolvent Nautilus Minerals, which sought to mine seabed minerals in waters off Papua New Guinea. The endeavour failed, leaving Papua New Guinea US$120 million in debt. While mining arrangements between small island developing states and a mining company from the global North may create some benefits for those involved, it can also undermine the collective interests of developing states. The relationship can create legal and financial risks if serious environmental harm occurs. For example, sponsoring states can be held liable under international law for the damages. As Nauru stated over a decade ago:

“… these liabilities or costs could, in some circumstances, far exceed the financial capacities of Nauru (as well as those of many other developing states). Unlike terrestrial mining, in which a state generally only risks losing that which it already has (for example, its natural environment), if a developing State can be held liable for activities in the Area, the State may potentially face losing more than it actually has.”’

Seabed mining is a long way from obtaining a social license to operate, with major brands rejecting minerals taken from the ocean floor due to environmental concerns. As the clock ticks down until 2023, we may see increasing pressure on industry and governments to rule out using minerals sourced from the oceans.

A social license will depend not only on environmental factors but also on social ones. Social equity should be considered by states when making policy decisions about seabed mining, by mining companies in their social impact statement, and by the ISA when assessing mining plans. Transparent engagement with fish-dependent communities and industries can help to avoid conflict.

States and the ISA will need to ensure social and environmental safeguards are applied to both the mining activity itself, but also the interactions of mining with other activities and supply chains.

Dr Aline Jaeckel is a Senior Lecturer at UNSW Law and a recipient of an ARC Discovery Early Career Researcher Award (DECRA). She is also a Research Associate in Ocean Governance at the Institute for Advanced Sustainability Studies (IASS) in Potsdam. She received funding from the Australian Research Council’s DECRA scheme (grant number: DE190101081) and the German Environment Agency (UBA) through project FKZ 3718252200.

Dr Harriet Harden-Davies is the Ocean Nexus Post-Doctoral Research Fellow at the Australian National Centre for Ocean Resources and Security (ANCORS), University of Wollongong. Her research explores the role of science and technology in ocean governance.

Katherine L. Seto is an Assistant Professor at the Environmental Studies Department of the University of California at Santa Cruz, United States.

Dr Judith van Leeuwen is a Professor at the Environmental Policy Group of Wageningen University, Netherlands.

Dr Michelle Voyers a Senior Research Fellow with the Australian National Centre for Ocean Resources and Security  (ANCORS) at the University of Wollongong. Her research focuses on the human dimensions of marine conservation and resource management, and the nexus of social science and policy.