Science has a data problem and it continues to harm women 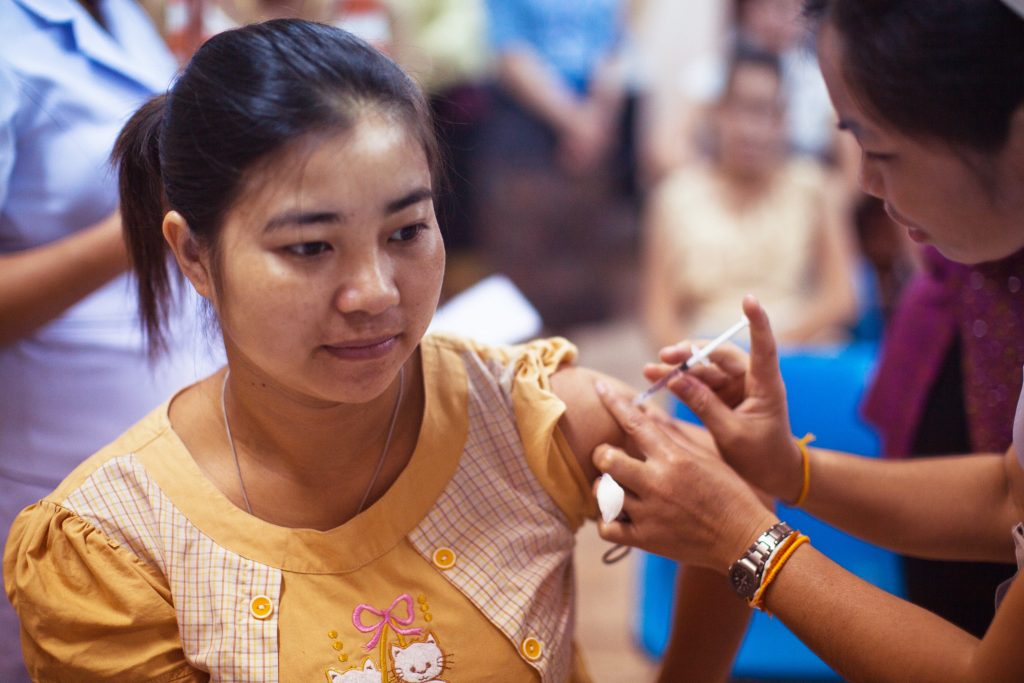 Pregnant woman receiving an influenza vaccination at the Maternal and Child Hospital in Vientiane, Laos. : CDC on Unsplash

Before COVID-19 there was influenza, Zika and Ebola. All of these infectious diseases were more likely to kill pregnant women. Excluded from clinical trials of vaccines for each of these diseases, many women died needlessly. COVID-19 was a chance to do better; a chance that was squandered.

Scientists are now banding together in a push to close the gaping hole in equitable vaccine deployment.

Scientists were quick to point out how COVID affected women differently: pregnant women with COVID-19 have a higher risk of preeclampsia/eclampsia, are more likely to be admitted to intensive care, end up on a ventilator or have a preterm birth.

Yet, they were systematically excluded from phase three trials, limiting data that would have supported their inclusion in early vaccine deployment. In the absence of clinical trial data, there was dependence on ‘personal discretion’ and real-time evaluations of the early uptakers – mainly the frontliners from countries with earlier supply and deployment, such as the US.

Biases in medical research are hard to stamp out. There is a history of perceived complexity in accounting for hormonal changes and cycles throughout women’s lives, including in puberty, pregnancy, childbirth and menopause. Women are hesitant to participate in trials, and foetal protectionary ethics in medical research lead to perceived increased liabilities, risk, and costs of including females, especially those of ‘child-bearing potential’.

In the early days of the pandemic, taking sex considerations and outcomes into account was trumped by the time-sensitive race to get new interventions to the people that needed them.

From the recruitment phase, to measuring vaccine outcomes, sex and gender have not been priority issues, data on men and women clumped together, often impossible to untangle. Large data gaps remain, making for patchy reporting.

Of the 75 clinical trials on COVID-19 vaccines included in a recent review, only 24 percent presented their main outcome data disaggregated by sex, and only 13% included any discussion of the implications of their study for women and men. In 2020, less than one in five trial reports published in journals reported sex-disaggregated results.

Even highly visible global trials like the World Health Organization’s Solidarity have not included sex-disaggregated reporting of outcomes in peer-reviewed publications.

Subsequent guidelines and systematic reviews based on trials have similarly not included sex and gender variables in reports, and would be challenged to do so.

The scientific case to split data along sex lines is established. Doctors once embraced ‘bikini medicine’ – assuming men and women were medically the same, save for the parts of the body covered by a bikini. This is untrue for a multitude of reasons.

Some epidemics such as SARS and MERS were more serious among men, tuberculosis and Hepatitis C also disproportionately affect men.

Women tend to mount a higher antibody response than men to many vaccines, including for  influenza, yellow fever, rubella, measles, mumps, hepatitis A and B, rabies, smallpox and dengue.

Women are also more likely to have an adverse event after receiving a vaccine, and after pharmaceutical use more broadly. It’s no surprise, given inadequate considerations of sex differences in how people’s bodies react to pharamceuticals in early dosing studies.

In the early days of COVID vaccine reporting, women were more likely to be affected by the rare cerebral venous sinus thrombosis that emerged in some after receiving the Johnson & Johnson or Oxford–AstraZeneca adenovirus vaccines. For young men and boys there continued to be rare but serious cardiac complications with use of mRNA vaccines.

New evidence suggests COVID-19 vaccine protection is likely shorter in men after six months, especially for over 65s, and those who are immunosuppressed.

Another recent study suggests pregnant women tend to have delayed immune response to vaccines, and the second dose follow up is critical in providing sufficient protection. Information that could have served women better had it been prioritised.

Data on gender-diverse populations is also required as we move away from a binary conceptualisation of sex and gender. Long-term hormone therapy (estrogen or testosterone) in transgender, intersex and gender-diverse people produces changes in body physiology, composition and biochemistry. This can affect how people respond to pharmaceuticals and there’s also the issue of how hormone therapies interact with other medications.

Change is afoot. Public demand and advocacy – champions in all parts of the science ecosystem – are likely to shift attitudes and help overcome existing resistance, regulations and guidelines that hamper the delivery of sex-disaggregated data.

Editors of academic journals are one group in the sights of advocates. They have the power to push for better sex-disaggregated reporting when it is not provided in submitted manuscripts. Many have signed up to guidelines to do so, but even before the pandemic they inconsistently published sex-disaggregated data on drug efficacy, safety, and toxicity. The industry rarely reports biological sex or gender differences on product labels.

It will take a concerted effort from every team of scientists along the R&D trajectory to see real change.

Dr Lavanya Vijayasingham is post-doctoral fellow at UNU-IIGH, where she works on gender and health policy and research. The author declared no conflicts of interest in relation to this article.