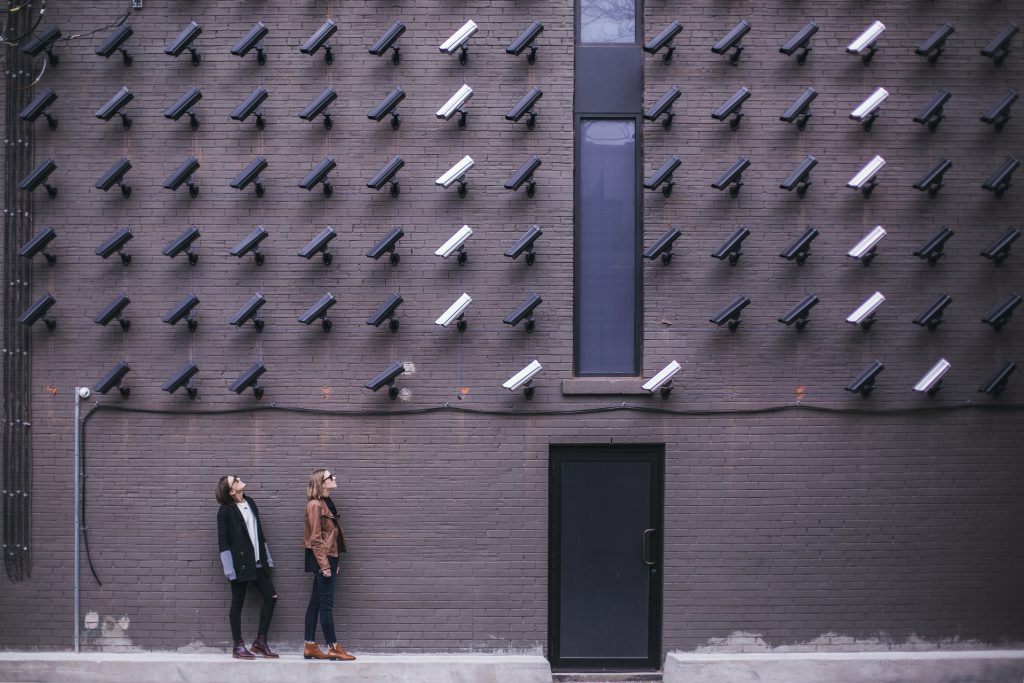 Countries are getting smarter at surveillance. : Matthew Henry on Unsplash

Countries are getting smarter. They are updating analog infrastructure to better coordinate elections, utilities, traffic, emergency services, security and communication. These streamlined systems are generally more effective and cost efficient. But they do come at a price: a chilling loss of anonymity and control.

The push toward “smart”— or digitally integrated — spaces has prompted a rapidly growing partnership between commercial entities and state actors. As a consequence, we see a shift away from social, public monitoring to more institutional and ubiquitous surveillance.

The difference between monitoring and surveillance is important. Monitoring is a two-way interaction between relative equals: both parties can observe the other’s behaviour.

Research shows that when ordinary people think about privacy, or take steps to protect it, they are primarily thinking about these types of monitoring threats. Additionally, actions taken to protect oneself from social monitoring are straightforward — closing the blinds from a street view or blocking a phone number.

In public spaces, reciprocal monitoring keeps authorities accountable. Local residents can observe the electoral process at voting locations in their neighbourhoods and can watch police conduct their patrols.

But “smart” cities — by using communication and digital technologies to improve living conditions — move away from this type of visible infrastructure. Singapore is experimenting with patrol robots that replace officers; grocery store clerks are displaced by self-scan checkouts; and even hospital stays are being outsourced to wearable technology.

These alternatives allow for far less, if any, social monitoring. Instead, they implement a surveillance architecture where, unlike monitoring, surveillance is unidirectional from the top down. It gives companies and state agencies a bounty of user data without much citizen recourse or oversight.

Often, the residents being surveilled are unaware of what information is even collected about them or who has access to it. There’s an information asymmetry between authorities and the public. Removed from important decision-making processes, local residents find their data vulnerable.

To add another layer of obscurity, states have outsourced much of their surveillance technology to private foreign corporations. Hikvision, a Chinese video surveillance company, supplies hardware used across the United States, and US technology company Oracle advertises data analytics for security forces in China, Mexico, Brazil, Pakistan, Turkey, and the United Arab Emirates.

Countries across Africa have loosened their surveillance laws to accommodate greater foreign surveillance, and it’s no coincidence they are simultaneously reporting more cyberthreats than ever before.

Foreign outsourcing of digital surveillance tools further removes a country’s residents from having a say in how their data is used and the operation of their public services. People under surveillance act differently; they are more likely to blindly comply with authority, have fewer controversial opinions, and avoid protests and political activity. Other research shows surveillance can stifle creative expression and internet searches.

State surveillance is an antipode of inclusive governing. It undermines democracy and entrenches inequalities of power in democracies and non-democracies alike. Last year, US police departments used surveillance technology to spy on protesters demanding racial equality, and the Ugandan government installed CCTV throughout public spaces to quell their peaceful dissent. Likewise, the Kazakh government has gained access to Facebook data, which it can use to target and silence activists.

Democratic, harmonious futures do not require a return to analog tech. But they do necessitate mechanisms to restore social monitoring functions that were left behind in the race to digitally transition. This can come in the form of more transparency surrounding data collection and legal guardrails that protect against proprietary technology. It also includes reining in the use of foreign private contractors to allow more local employment opportunities and oversight.

“Smart” digital infrastructure is the way of the future, but its current execution under existing legal and normative frameworks makes the public vulnerable to state surveillance. Of all of these smart technologies, we need to continue to ask: Who is smarter from it?

Dr. Elizabeth Stoycheff is an Associate Professor at Wayne State University in Detroit, Michigan, USA. Her research focuses on the effects of state surveillance and preservation of democracy around the world. Dr Stoycheff declared no conflict of interest in relation to this article.