Omicron is a product of vaccine apartheid 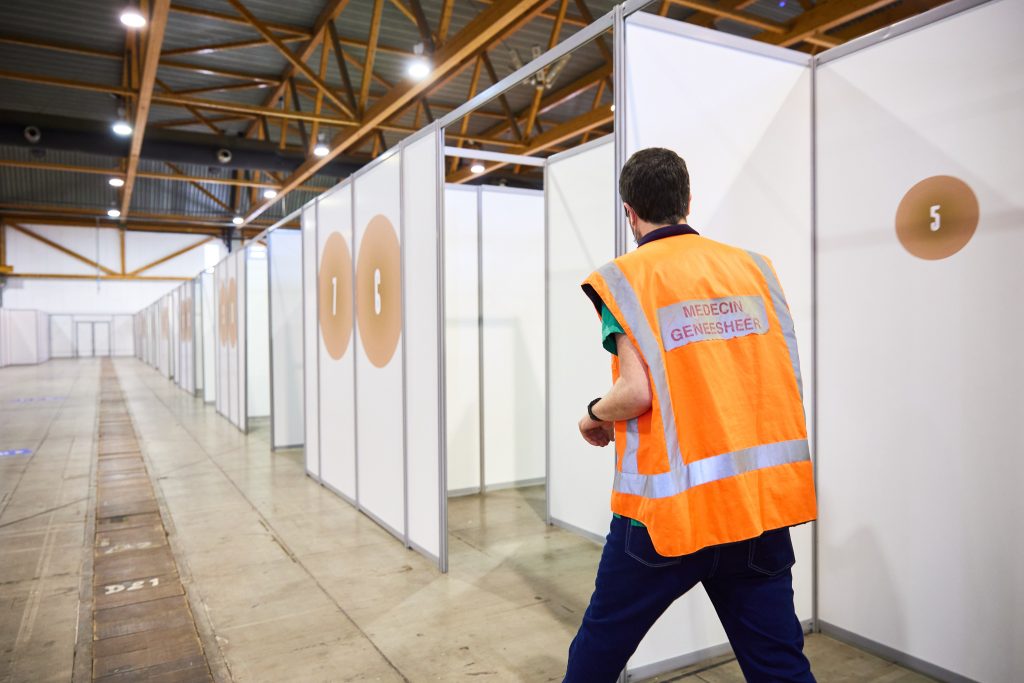 The unintended consequence of vaccine apartheid has left billions of people in poor countries unvaccinated – creating opportunities for COVID-19 to mutate.

Months into the pandemic, long before the development of safe and effective COVID-19 vaccines, most industrialised countries pledged in principle to treat COVID-19 vaccines as a ‘global public good’ to be made accessible and affordable to people who would need them most across the world.

However, ‘vaccine nationalism’ has since become the norm.

The practice has since plunged the world into ‘vaccine apartheid’ – the separation of the world’s poorest and most vulnerable people in low- and middle-income countries from COVID-19 vaccine programs.

The unintended consequence of vaccine apartheid has left billions of people in poor countries unvaccinated – creating opportunities for the virus to mutate into easily transmissible vaccine-resistant variants. The recent Omicron COVID-19 variant is a case in point. Omicron, according to the World Health Organization, is a variant of concern because it has a large number of mutations. Although officially detected in South Africa, The Netherlands later confirmed it found the Omicron variant before its detection in South Africa, indicating the variant was already in Europe before the Southern African cases.

In a swift reaction, several countries including the United States, Canada, UK, EU, and some countries in Asia imposed flight bans on Southern African countries including Botswana, Eswatini, Lesotho, Malawi, Mozambique, Namibia, South Africa, and Zambia, Zimbabwe and Nigeria. Such flight bans are short-term discriminatory policies that mask the larger issues of vaccine apartheid with billions of people unvaccinated and ample opportunity for mutations to occur.

“Vaccine allocation must not become a zero-sum game”, warns Tedros Adhanom Ghebreyesus, Director-General of the World Health Organization. “Vaccine nationalism is not just morally indefensible … It is epidemiologically self-defeating and clinically counterproductive”.

That “no one is safe, until everyone is safe” is a truism that underscores the gap  between the rich and poor nations in a pandemic.

Why should rich countries and powerful non-state actors like pharmaceutical corporations invest their resources to dismantle the barriers erected by vaccine apartheid in a time of COVID-19 and future pandemics?

Nobel Laureate Joshua Lederberg’s wrote in his widely cited thesis, “the world is just one village, and our tolerance of disease in any place in the world is at our own peril”.

‘Leave no one behind’ is not just an empty slogan or redundant rhetoric in the creed of the United Nations Sustainable Development Goals,  but an important piece of the sustainable development puzzle.

While classic diplomacy — the conduct of official relations between the governments of sovereign nations, and between governments and international organisations — is often characterised by pursuit of strategic economic and security interests, divergent interests in global health favour a different diplomatic strategy.

The ‘microbial unification of the world’ by COVID-19 and the recognition that there are no health sanctuaries anywhere is an opportunity for a new brand of health diplomacy.

Instead of overly prioritising the lives and safety of populations of industrialised countries, the global production, supply, and distribution of COVID-19 diagnostics, therapeutics, and vaccines should take into account the structural inequities in the international system between the rich and poor, developed and developed economies, and the global North and South.

COVID-19 and past pandemics have aptly demonstrated how globalization has immersed all of humanity in a single germ pool.

One of the unintended consequences being the emergence of global microbial superhighways.

As the distinction between national and international health is being altered by emerginginterdependence between nations, it is now widely accepted that pathogenic microbes do not carry national passports, nor do they recognise the sovereignty and geopolitical boundaries of countries.

In all millennia of recorded history, infectious diseases have killed more people than wars. History is replete with pandemics that decimated a significant percentage of humanity, from the Plague of Athens in 430 BC to Black Death (Bubonic Plague) in fourteenth-century Europe. Add to this smallpox, measles, scarlet fever, chicken pox, influenza in the Americas in the sixteenth and seventeenth centuries, and the global swine flu in 1918-19.

In recent decades, the outbreaks of ebola virus disease, lassa fever, hanta virus, West Nile virus, severe acute respiratory syndrome (SARS), the re-emergence of multi-drug resistant tuberculosis, the global pandemic of HIV/AIDS, COVID-19 and other diseases that transcend national boundaries has re-positioned all of humanity for a decisive germ battle with microbial forces.