Not MAD about Putin 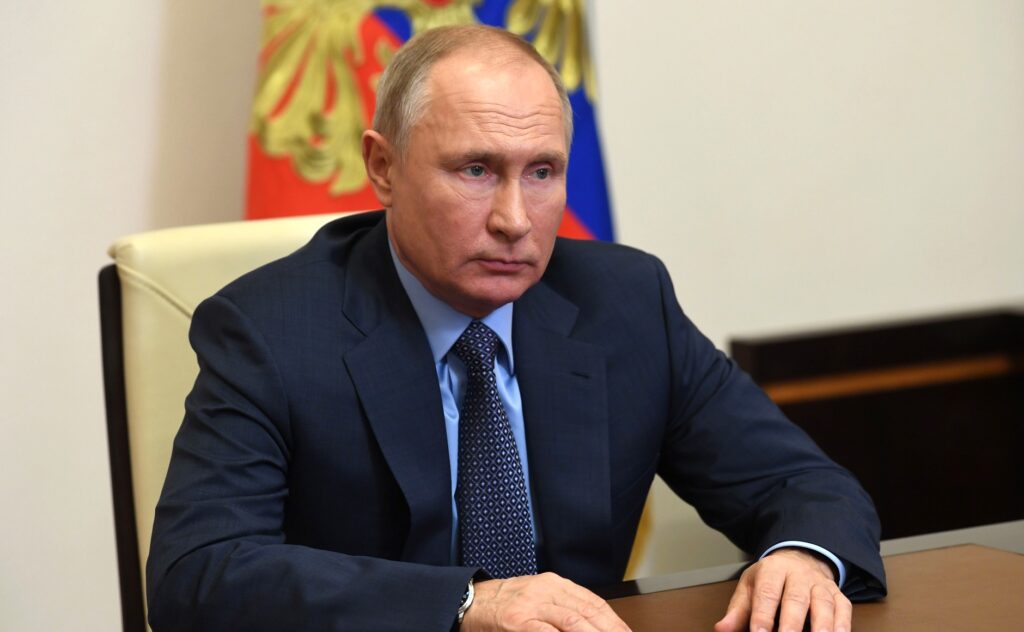 The notion of Mutually Assured Destruction as a deterrent to nuclear strikes has destabilised. It would be dangerous to maintain an unquestioned reliance on it.

American political scientist and war veteran Kenneth Waltz once said “Those who like peace should love nuclear weapons”.

The Cold War logic of nuclear deterrence maintains that nuclear-armed states will not attack one another because of fear of massive retaliation, or mutually assured destruction (MAD).

Whether nuclear deterrence actually worked during the Cold War remains a matter for debate; analysts still argue whether the lack of a major war between the superpowers was due to deterrence or to other factors. And even if deterrence worked in the past, it’s unlikely to do so in future.

The world has changed dramatically since the Cold War era. A confluence of changes to technological, domestic and strategic landscapes has weakened nuclear deterrence, and it would be dangerous to maintain a continued, unquestioning reliance on it.

There are two key problems with nuclear deterrence today: the destabilisation of second-strike capabilities and the growing trend for states to reject outright the logic of MAD. While these trends were present during the Cold War years of US–Soviet competition, they have evolved and intensified since then due to technological changes and the expansion in the number of nuclear weapons.

The ability of a nation to launch a devastating nuclear response to a nuclear attack has been undermined by advances in cyberwarfare. The assurance of second-strike capability is no longer, particularly for countries with smaller arsenals.

Known as ‘left-of-launch’ tactics, because they preempt an opponent’s ability to launch missiles, these cyber and electronic techniques can reportedly “sabotage missile components, impair command and control systems, or jam communication signals”.

Left of launch is likely to encourage, rather than deter, nuclear use. For example, the leader of state Y fears that their ability to launch a second strike could be compromised by left-of-launch cyber tactics by state X. In this scenario, leader Y has a greater incentive to launch nuclear weapons before the start of a conflict, for fear they will not be able to do so later.

These concerns are not hypothetical: Pentagon officials have publicly discussed the merits of being able to undermine North Korea’s nuclear command and control, as well as its missile launches. If Kim Jong-un suspects electronic warfare may keep him from communicating with field units in a time of crisis, he may pre-delegate nuclear launch authority to field commanders, which also increases the risk of nuclear use.

Russia has strong cyberwarfare capabilities. Like North Korea, it is dominated by the kind of “personalist dictatorship” which Stanford political scientist Scott Sagan says are a grave threat to nuclear peace.

“A leader surrounded by yes-men will have no one who can question faulty assumptions, much less challenge his decision-making,” Sagan says.

Russia may have returned to planning for a limited nuclear first strike. For example, Russia’s 2017 naval strategy included a statement that “being ready and willing to use nonstrategic nuclear weapons in an escalating conflict can successfully deter an enemy”. Russian officials have made “threats to use nuclear weapons against ballistic missile-defense facilities, and in regional scenarios that do not threaten Russia’s survival” and just in the last month, Putin put his country’s nuclear forces on high alert due to sanctions and what he called “aggressive statements” from Western countries.

A nuclear adversary could potentially use nuclear weapons, not against the US homeland, but in its own region or in a demonstration effect, to deter Washington from intervening in a conflict outside its hemisphere.

Continued unquestioning reliance on nuclear deterrence is dangerous. Today we are faced with a dramatic increase in the variables that can disrupt nuclear strategy: an increase in nuclear-armed states, with differing pre-existing conflicts (such as territorial disputes); a greater variety of domestic variables that may influence nuclear decision-making (including regime type, electoral politics, and nationalism); and numerous technological changes that can affect nuclear use.

It is no surprise that nations have responded with changes in nuclear doctrine. Unfortunately, nuclear deterrence has not kept pace with these changes; even proponents of deterrence call it ‘static and stagnant’.

Some argue that deterrence may be upheld through greater transparency and diplomacy. However, these are often the first principles to be abandoned in the face of the crises from which deterrence is supposed to save us. Regardless of whether it is desirable for nuclear deterrence to hold, the evidence is that it has instead been destabilised, and continued reliance on it may lead to nuclear use for the first time in 70 years.

She declares no conflict of interest. This article draws from an article originally written by the author for Chatham House.