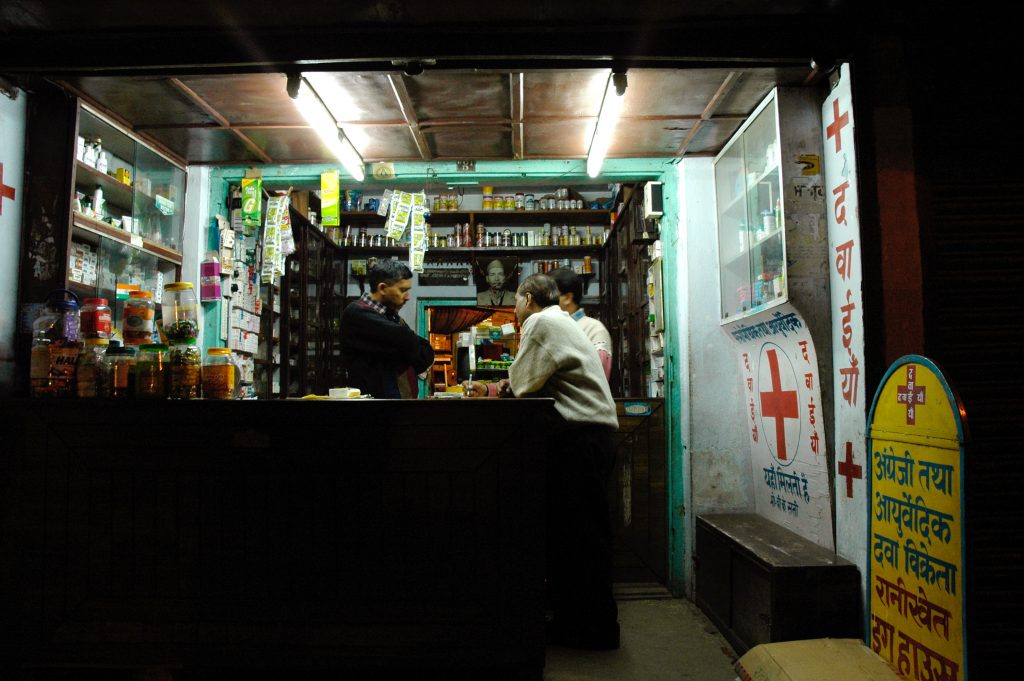 Increasing use of antidepressants in India stems not only from pharmaceutical company marketing. Social stigma and economics are pushing people to take a pill.

India is afflicted by a boom in depression. A mind-boggling 56 million of its people have the condition, another 38 million have an anxiety disorder. It was among India’s top 15 causes of early death in 2019. Not surprisingly, antidepressants are rife: prescriptions grew by 23 percent over the last year.

In Japan, pharmaceutical companies coined the term ‘kokoro no kaze’, meaning ‘a cold of the soul’, for depression. This carefully crafted disease awareness campaign was behind a growing acceptance of depression and antidepressants to treat it, according to Professor Hiroshi Ihara. In India, interviews with medical professionals, clinical psychologists and even traditional healers show how the pharmaceutical industry is adopting new measures in an attempt to grow its market.

Doctors have described how pharmaceutical companies keep prescription records and in many cases pay doctors a percentage of the value of prescriptions, “If someone writes a prescription of 100 rupees, he gets 10 rupees; the amount is added …[and] paid through conference sponsorships, foreign trips, books and gifts,” said Prabir*, a clinical psychologist.

GPs are often willing and able to prescribe low-dosage antidepressant drugs and consequently, “liberal antidepressant prescriptions by non-psychiatrists” is rampant in India according to psychiatrist Gopala Sarma Poduri.

But the pharmaceutical industry is not entirely to blame for overprescription of antidepressants in India. The situation is more complex and nuanced.

Patients might turn to an antidepressant because of the stigma of seeing a mental health professional. Mihir*, a GP reported that even if he recommends the services of a specialist psychiatrist, patients are often in denial: “[Patients] don’t recognise themselves as having that kind of a problem. … [They would say] I am having loose bowels, or heart palpitations, why are you sending me to doctors for mad people?”

Patients often prefer taking medicines over psychotherapy. Samir*, a clinical psychologist said: “People think that if they are not having medicines and they are only going to the therapist to talk, then they don’t have depression; if there is no medicine, there is no problem.”

Indian medical education has been criticised for too little emphasis on psychiatric issues. “People first go to a GP … but GPs have limited understanding of psychiatric medicine and might keep changing medicines and resort to polypharmacy,” said Prabir.

Often the lack of economic resources to afford therapy makes patients and their families see a general practitioner or non-specialist whose lack of adequate training makes them especially prone to erroneous diagnosis and overprescription of antidepressants.

With 0.3 psychiatrists, and 0.07 psychologists per 100,000 people in India, there is no way to effectively handle the caseloads. Suggested figures for these categories recommend a minimum of 1-4 per 100,000.

A shortage of qualified mental healthcare professionals makes it impossible to cater to the needs of the difficult-to-access rural population. The problem is so acute that in 2010, the Ministry of Health proposed a bachelors program in community health/rural health care. This program has suffered a failure to launch. In remote areas, researchers have shown a large share of antidepressant sales are “not generated by licensed doctors, but by an amorphous group of unlicensed prescribers who have never been formally trained in medicine”.

In many ways these unlicenced prescribers are unavoidable. Amit*, a surgeon put it this way: “Our rural population is dependent on ‘quacks’. We are unable to supply qualified medical officers, so the so-called unauthorised, or those that are called quacks, can’t be eliminated overnight.”

Patients are often forced to move toward antidepressants even when they don’t really need that level of treatment. The drugs are cheaper than therapy. “A therapy session takes 30–45 min, and that has implications on the fees. A person might then think ‘I have to set aside 2500–3000 rupees for counselling, and I will just talk … On the other hand, if I take antidepressants, my monthly medical bills won’t cross thousands of rupees’,” said Samir.

Clinical depression is a sad and growing reality in India. Promotion of prescription products by pharmaceutical companies has most definitely happened, and continues relentlessly, in spite of the changes made to the Indian Medical Council Regulations in 2002.

But big pharma cannot be declared the only culprit. There is a clear case of sociocultural economic causes including stigma, lack of affordable care, and infrastructural constraints like unavailability of qualified healthcare professionals creating a breeding ground for overprescription to proliferate.

* names have been anonymised

Paromita Goswami is Professor of Marketing and Social Innovation at Shiv Nadar University, India, and her research interests are in the area of  critical marketing, using consumer insights for social innovation, religious and sexual violence, peace marketing, alternative masculinity, social entrepreneurship and sustainability.

Anindita Chaudhuri is an Associate Professor at Department of Psychology, University of Calcutta. She has more than 17 years of academic and research experience in investigating social psychology and positive psychology. Her principal areas of interest include research on identity, marginalisation, happiness and wellbeing.

The authors have declared no conflicts of interest in relation to this article.