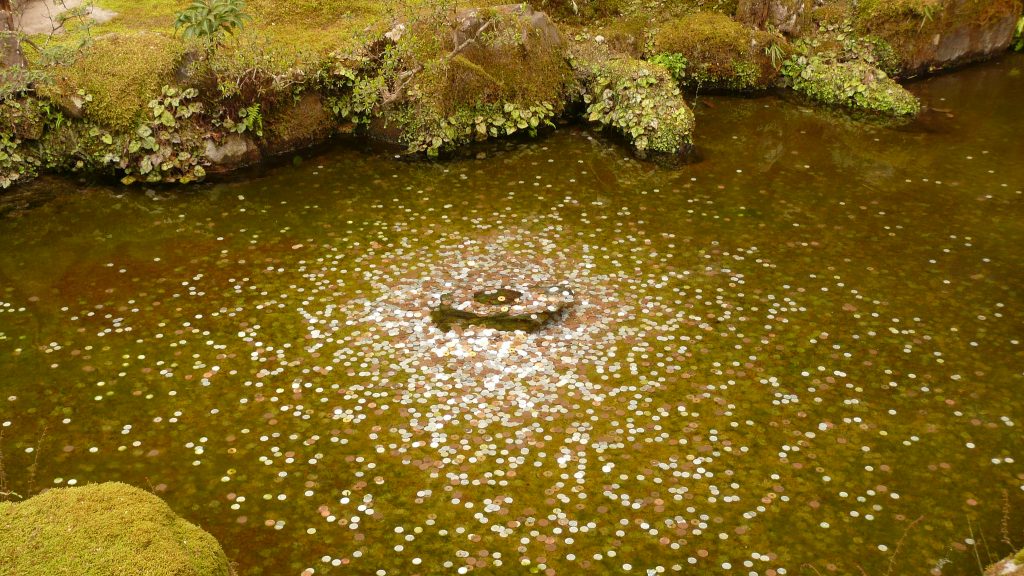 Japan, a stalwart of cash society, is shifting to digital as the pandemic pushes payments into a new paradigm.

Cash is still king. But since 2011, the cashless payment ratio has more than doubled, and in 2020 cashless payments accounted for 29.7 percent of consumption spending in Japan.

Several private, QR-code-based payment systems have been operating since 2018, and are now in fierce competition as consumers tap into their smartphones to transact contactlessly.

The current leading system, PayPay, had roughly 25 million users as of February 2020.

This trend is intersecting with community currencies — currencies issued at a local level to encourage growth and development — to reduce both the COVID infection rate and the outflow of currency from communities.

Japan has a mature ecosystem for community currencies, having experimented with them since 1973.

The Volunteer Labor Bank’s purpose was to support women volunteering in childcare and healthcare, and would offer one point (about 400 yen) to volunteers per hour of service.

A decade later the scheme was replicated in other parts of the country, with varying levels of success.

Gresham, an English merchant and financier living in the 1500s, was exploring the debasement of minted coins. But the concept of “good money” is increasingly applied to modern digital currencies such as cryptocurrencies.

Hayek, an economist writing four centuries after Gresham, argued a currency could become “good money” when multiple currencies of different quality mutually compete, and offer a choice to consumers.

In this case, he argued, “good money drives out bad”.

Today, digital community currencies such as Sarubobo Coin in Hida Takayama City and Aqua Coin in Kisarazu City, are spreading in local communities and aiming to become “good money”.

To encourage their use, employees of local government, local institutions and chambers of commerce receive those coins as part of their monthly payment packages.

Whether they will be able to create a local virtual local currency market in the local community and achieve regional development is another question.

If the circulation of these currencies can spread from the consumer goods market to include production goods, investment goods and labour, then these digital currencies will be on their way to becoming ‘good money’ in their communities.

What’s it worth to you?

Both Sarubobo Coin and Aqua Coin are pegged to the Yen, offering a stability not enjoyed by many other digital currencies such as cryptocurrencies.

However the principle of choice in currency does not apply while currencies are monopolised by the state and legal tender is dominant. The “one nation, one money” institution of modern money still prevails.

For choice in currency to apply, the currencies must have different denominations of measure, and their exchange rates mustn’t be fixed entirely.

The question is, is it a good time to be pegged to a native currency?

For digital community currencies with relatively low circulation, the answer is almost certainly yes. However central bank balance sheets across the world have rapidly expanded as countries grapple to support their economies in response to the COVID crisis.

The Bank of Japan, under its Abenomics policy, continued quantitative easing (QE), or an unlimited supply of cash currency with negative interest rates, in an attempt to achieve an inflation target of 2 percent.

Japan has seen two prime ministers since Shinzo Abe, but its approach to monetary policy has remained largely unchanged.

The weaker Yen improved the performance of exporting companies and boosted stock prices. However, inflation has not occurred as expected because banks have not increased their lending to supply deposit money to the market, because of the risks of lending in a slow economy.

The government’s inflation targeting policy aims to improve the economy by raising nominal prices through an increase in money stock despite the lack of favourable investment opportunities.

Elsewhere, fears of above-target inflation fuelled by pandemic-related supply chain shocks have caused markets to slide, as fears of the Omicron variant are priced in and uncertainty reigns.

Time will tell whether Gresham’s or Hayek’s law will apply.

Makoto Nishibe is a Professor of Economics at Senshu University. He declared no conflicts of interest in relation to this article.