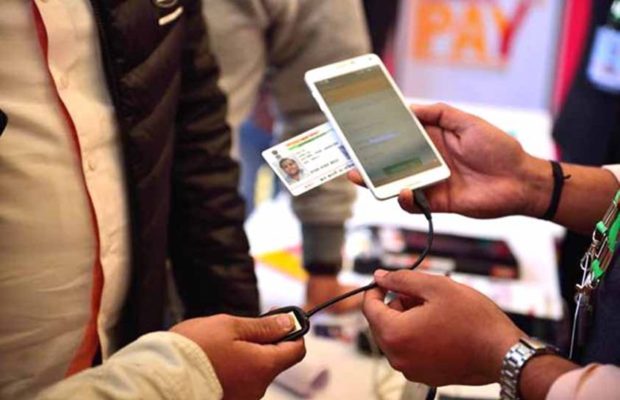 In 2016, one month after the number of identification cards issued to Indian citizens crossed the one billion mark, Indian prime minister Narendra Modi tweeted:

“Our Government is strengthening systems and eliminating the role of middlemen. We want the poor to lead a life of dignity”

Today the everyday experiences of Indians accessing welfare services appear far from this ideal. On top of a range of problems, the digital identity push is steering the relationship between the state and its citizens in a concerning new direction.

The Aadhaar scheme collects demographic data and matches it with fingerprints and iris scans of Indian residents, against which a 12-digit unique identity number is generated and issued to the individual by a card. This card or number can then be used by the resident at any institution requiring identity authentication.

A Supreme Court order in 2013 forbade the mandatory government use of the Aadhaar number, but a bill since passed by the lower house of Parliament mandates the use of Aadhaar for disbursement of subsidies and benefits to people eligible for them.

Nandan Nilekani, former chief executive of Indian IT giant Infosys and the first head of the Unique Identification Authority of India, in his book, Imagining India: The Idea of a Renewed Nation, Nilekani argued:

“An identity system linked up with an IT-enabled process that interlinks our various departments would, besides making citizen information and identity more verifiable, make the relationship between the state and citizen infinitely less traumatizing in both time and energy wasted.”

But economist Sneha Menon says Aadhaar has been rife with technical problems and represents a digitisation agenda wrongly focused on preventing identity fraud rather than preventing welfare fraud or improving efficiency and transparency.

Citizens have been prevented from collecting their benefits due to authentication failure on biometric machines, along with mismatches of data in Aadhaar and the welfare database. Welfare fraud persists despite biometric authentication. Citizens in fact, spend on average more time than before using the Aadhaar system to access food subsidies due to connectivity issues, multiple attempts at authentication and so on.

Moreover, Aadhaar leads to spatial distancing of the state (from villages to district offices) by shifting loci of control of welfare management to district administrators. This distancing is legitimised by rendering Aadhaar enabled welfare systems opaque, even to local administrators and last mile service delivery personnel.

As a result, Aadhaar creates a paradoxical trend in welfare governance in India. On one hand, distancing and opacity of the state leave citizens more reliant on intermediaries (the “middlemen”). The intermediaries, meanwhile, find their autonomy and expertise curtailed by the same system that aims to cut them out. The fact that most Aadhaar enabled welfare schemes cater to a population below the poverty line makes these challenges of welfare governance even more disconcerting.

While many compare Aadhaar’s centralising design that dangerously combines information and governance to a surveillance state akin to an Orwellian novel, what gets often ignored is the privacy threats arising from the everyday usage of Aadhaar.

‘Aadhaar cards’ circulate rampantly in paper form, both as originals and photocopies. For example, Pratap a visitor to an internet kiosk in Rajasthan said:

“I took my Aadhaar card, both original and photocopy. I wanted to update my phone number on the card. So, first I gave the photocopy to the operator. Then I authenticated my fingerprint on the machine which then would open my details on the computer. I gave him the phone number I wanted to update. I don’t know how it works. I paid him Rs50 for it… I got the original [card] back and he kept the photocopy.”

The unregulated sharing, circulation and storage of Aadhaar numbers, cards or data creates more room for inaccurate profiles and data mismatch in the Aadhaar system, increasing the risk that welfare recipients will be denied their benefits. However, such bottom-up threats to privacy through everyday documentary practices of Aadhaar are often ignored as they are framed as consensual sharing of personal data (as Pratap claimed). Moreover, there is no robust legal framework to hold the state or intermediaries accountable for these privacy breaches.

Every technology comes with a potential for (re)arranging power relations between citizens and government. In its present form, Aadhaar, promotes centralisation of governance while concerns of exclusion and privacy violation remain unchecked.

Solutions to these challenges do not require more technological fixes, such as virtual IDs or digital lockers, that again bypass the political basis of democratic governance. Instead, the state needs to focus on ID systems that treat the population not as mere recipients of economic benefits but as citizens with rights to information, welfare, livelihood, basic services and more importantly, human dignity.

Bidisha Chaudhuri is an Associate Professor at International Institute of Information Technology Bangalore and affiliated to the Centre for IT and Public Policy. The author declared no conflicts of interest in relation to this article.