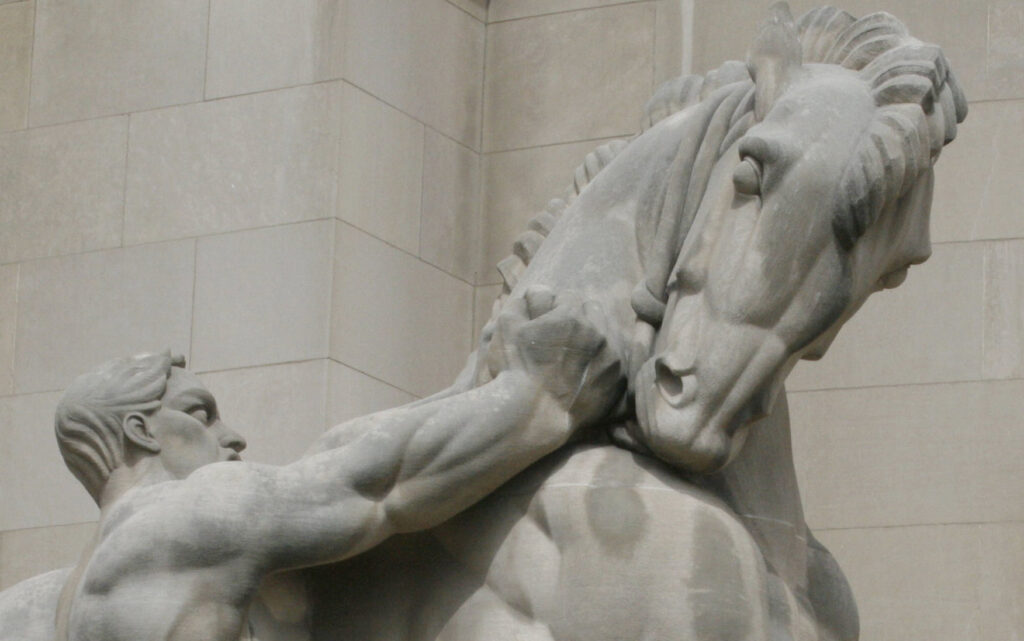 This sculpture, one of a pair found outside of the Federal Trade Commission Building, is entitled “Man Controlling Trade” and was completed for the FTC Building in 1942 by New York sculptor Michael Lantz: David/Flickr: https://www.flickr.com/photos/bootbearwdc/2404635465/

A cursory glance at the myriad apps and platforms that clutter our online lives would suggest rich competition. In reality, online diversity — now a reflection of offline competition — is in long-term decline.

The online economy’s lack of diversity can be seen most clearly in technology itself where in most of the Western world Google dominates search unchallenged; Facebook reigns supreme in social media and Amazon rules in online retail.

But it’s not limited to the technology space – recent research examining global competition across all industries over the last decade finds that across all industries a small number of companies (as represented by the domains they control) account for an ever increasing share of the total online attention..

A shift in competition

The economic law of diminishing returns, relied on for centuries as a handbrake on monopolies arising organically in new industries, no longer applies in this context. The familiar pattern of a leading company or brand existing alongside challengers and niche brands (think Coke, Pepsi and Dr. Pepper) in a market oligopoly, has not been translated online.

Competition regulators around the world are struggling to come to terms with this new economy, and what constitutes a monopoly within it.

When a US Judge found the Federal Trade Commission’s antitrust case against Facebook lacked evidence, it became clear how challenging it is for regulators to define what type of business platforms like Facebook are in, let alone measure and prove dominance or lack thereof in that domain.

In the last century acquisitions, mergers and implosions were rife, but oligopolies where four or five major players carved up a market were common. This century, the digitisation of the economy removed much of the fundamental ‘friction’ in business and with it many of the natural barriers to monopoly.

Digital technology adoption across all industries has unleashed a new set of economic forces including increasing returns, interoperability, network effects and switching costs, that together can be referred to as ‘Online Gravity’.

Online software companies see the marginal cost of attracting additional customers go down, not up, as market share increases. In the business-to-business market, companies build services into their “stack” and an entire ecosystem based on interoperability grows around them. Multi-sided marketplaces such as Airbnb offer greater utility to both hosts and guests by tapping a larger network. And when staff become adept at using an enterprise software system such as SAP, no-one wants to relearn a rival system, nor the time cost that comes with it.

These new rules of platform economics mean many sectors are now characterised by one very large and dominant leader and much smaller niche players.

And so there’s a conundrum. Is technology a malevolent force contributing to the growth of monopolies or is it a benign wellspring of innovation and healthy competition? The answer is it’s both – depending on how you look at things.

The paradox of diversity

With its low barriers to entry, the frictionless online world is often thought of and portrayed as intensely competitive with a constant stream of innovation arising from an army of dorm-room entrepreneurs and increasingly patient investors willing to back them. And yes, that is true. But alongside sits platforms that are becoming the largest companies in history — many of whom dominate their corners of the world.

Most platforms are not malevolent forces but they do have some unintended consequences: they work like pine trees whose needles fall in a wide arc around where they stand, preventing new shoots emerging in their space. And there is evidence that that arc around established companies worldwide is growing .

Research published last year examining the global “infant survival rates” of newborn enterprises over the last decade found them to be in long-term decline. Links in social media as a measure of whether an enterprise was “alive” after its first appearance found that, while almost 40 percent of those born in 2006 were active five years on, only a little over 3 percent of those born in 2015 are active today.

This is partly due to the power of tech giants to acquire or bundle features of early stage innovators into their platforms often at no cost. Microsoft famously made its web browser Internet Explorer the default for all pre-installed Windows PCs worldwide and incorporated web server software into its dominant operating system, spelling an early death for web pioneer Netscape.

Many recent innovations in social media pioneered by SnapChat (ephemeral messaging); TikTok and before it Twitter’s Vine (short videos) have now been incorporated as new features into Instagram Stories and Instagram Reels.

The regulation of online platforms and the companies that operate them present some special challenges for governments due to their scale and global nature. They are naturally born global, yet the business of government itself and its related functions — of promoting a level playing field for businesses, collecting tax and ensuring citizen privacy is protected — is rarely global. Moves are afoot on this front with the OECD coordinating a plan for new international taxation rules among 130 countries.

US Federal Trade Commission Chair Lina Khan has paved the way for a rethink of monopolies and the need to look beyond pricing and market share in her earlier work as an academic In Khan’s words: “The long-term interests of consumers include product quality, variety and innovation — factors best promoted through both a robust competitive process and open markets.”Understanding the future of competition in this new economy also requires making an important distinction between structural and functional competition.

For example, Facebook claims many of its users also use other services such as YouTube and Twitter. But simply because they share users or even advertisers doesn’t necessarily mean they are in direct competition.

Google and Facebook do compete for consumer advertising revenue but in the way Ferrari competes with say Tesla or Hyundai for a share of the broad automotive pie. Many Ferrari drivers also own other cars such as family sedans or SUVs by other companies but it doesn’t mean these companies compete in any meaningful way with Ferrari. They are structurally similar (all in the automotive industry, all with four wheels etc) but functionally totally different (offroad and family transport vs sports car).

While there’s clear evidence that economic structural diversity is in long-term decline, there is an upside too — analysis shows clear, continued growth in functional diversity.

Technology continues to support the emergence of new categories of applications (like ephemeral social messaging), services (online movies) and products (electric vehicles) and each one goes through a now predictable cycle of explosive growth, competition and dominance by a leading company.

While it’s important to find ways of regulating today’s global technology platforms, it’s perhaps equally if not more important to promote innovation through the cycle of ongoing functional diversity: in the platforms as pine trees analogy, encouraging new species of trees to grow in new areas.

To date most of the world’s largest global technology giants have emerged from the US or China. But with increasingly global venture capital investments, we’re now starting to see a new wave of global tech giants emerge from other centres such as London (Checkout.com), Stockholm (Klarna) and Sydney (Canva).

Despite the rise of trade protectionism, the economics of online gravity are here to stay, so our best economic bet is to ensure more tech-enabled ecosystems flourish in a greater range of communities worldwide. National digital infrastructure is going to become more important to economic development and productivity. And governments and regulators will need to get better at measuring and promoting the benefits that flow from greater global economic diversity.

Professor Paul X. McCarthy is a CEO, computational social science research leader and author.  His bestselling book Online Gravity explains how technology is rebooting economics worldwide. McCarthy is CEO and co-founder of League of Scholars, an Adjunct Professor of Computer Science and Engineering at UNSW Sydney and an Honorary Fellow at Western Sydney University. He declares no conflicts of interest in relation to this article. 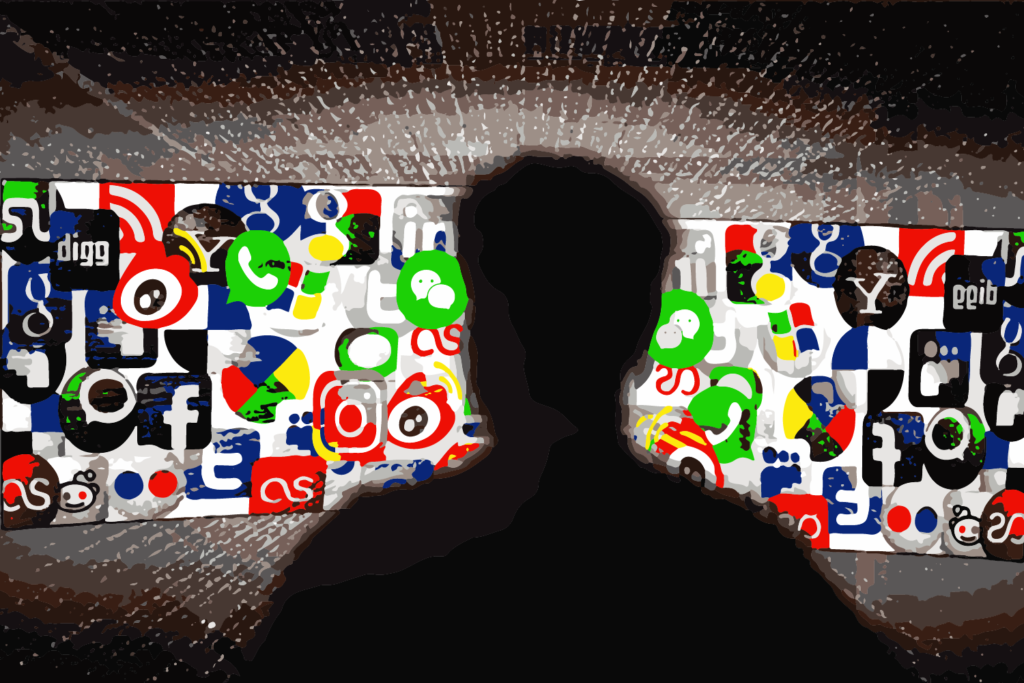 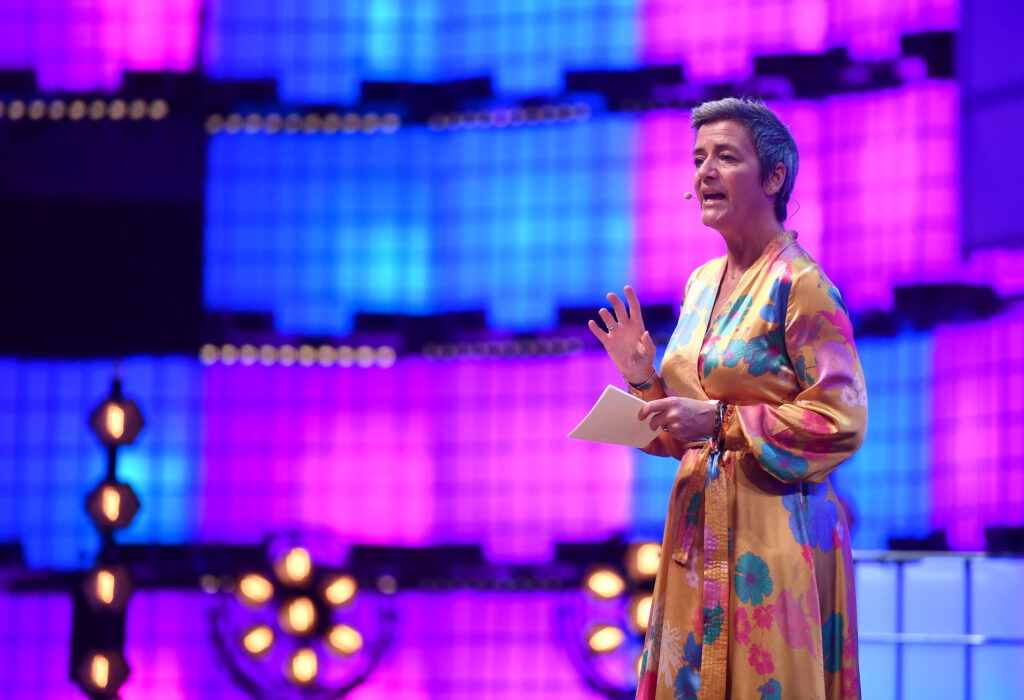 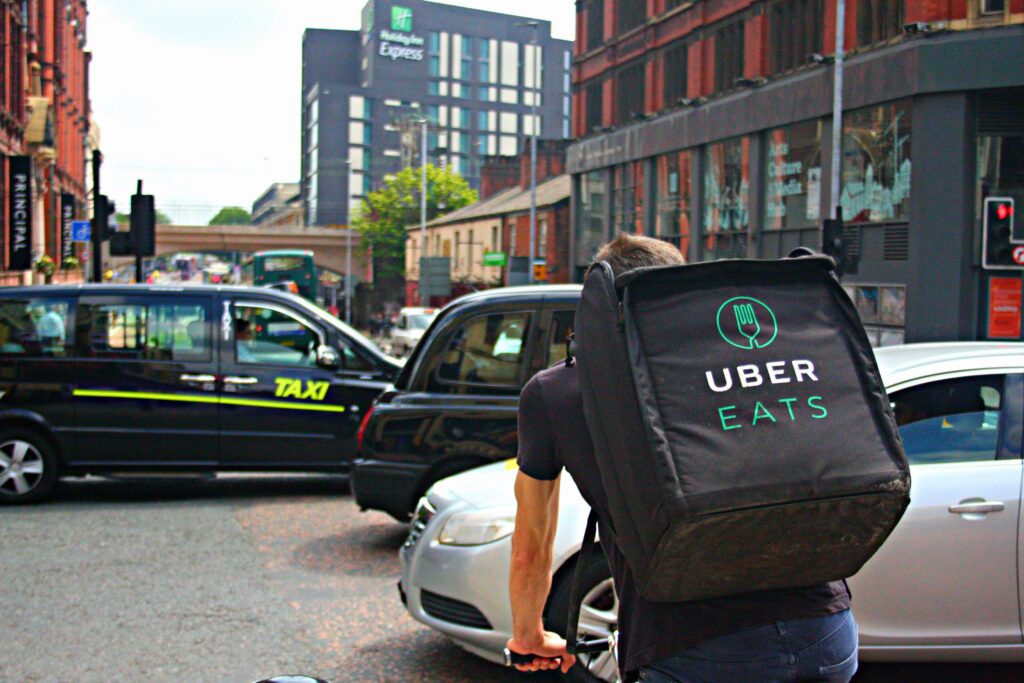 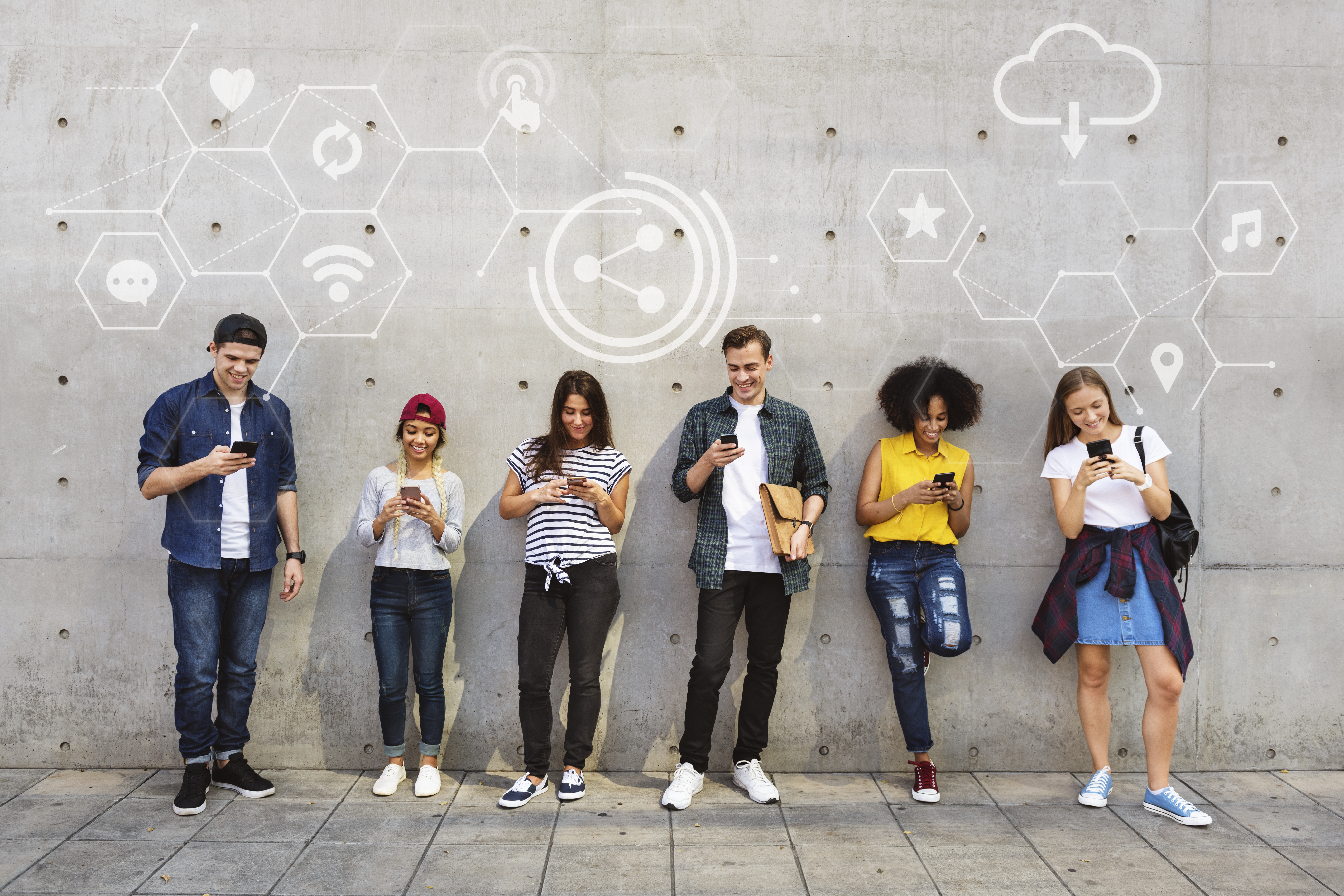 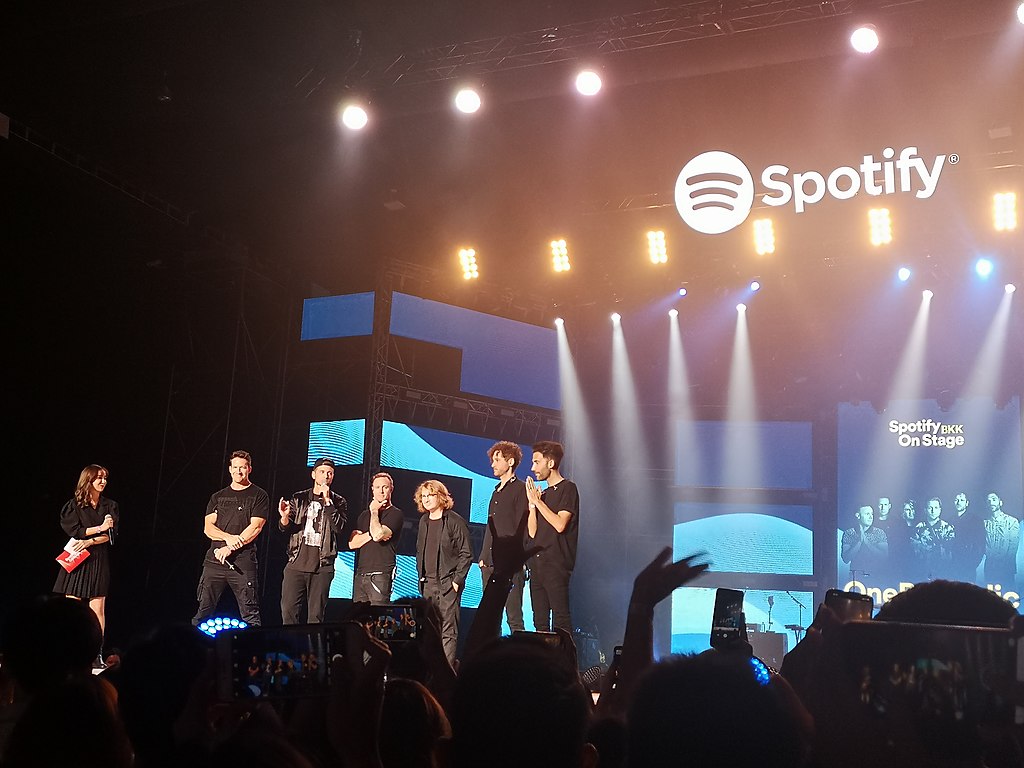 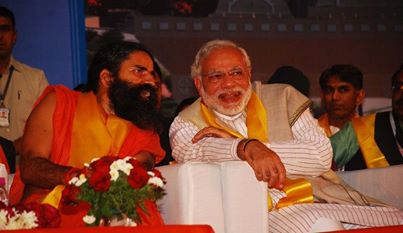