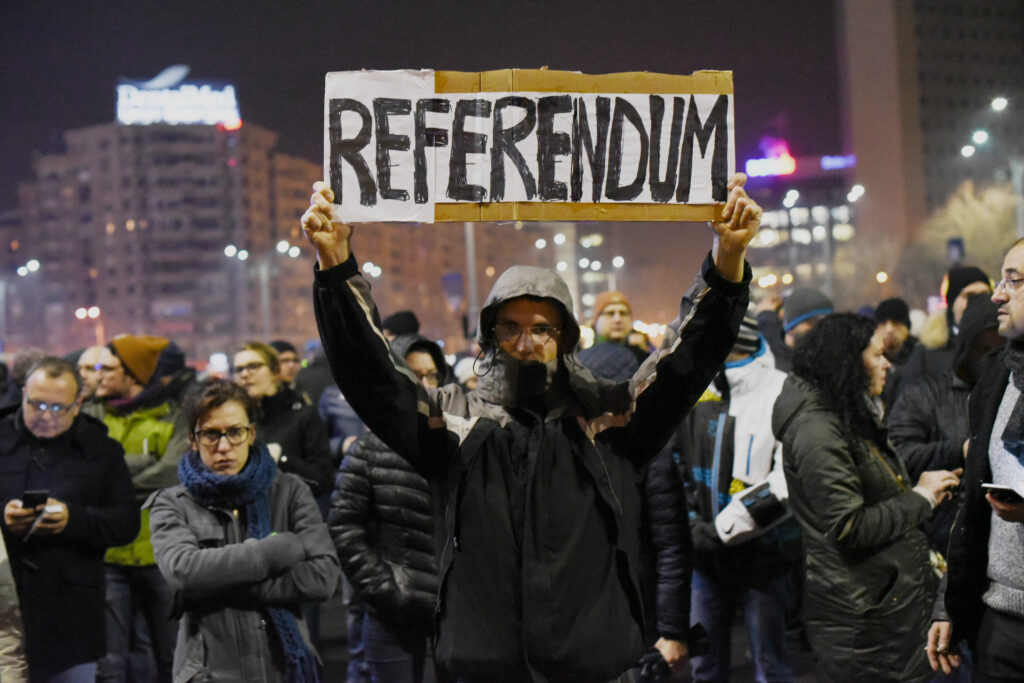 All over the world, nonviolent social movements, campaigns, and civic initiatives, along with civil society groups and community-based organisations, have undermined corruption — be it governments, businesses, or both.

Mobilised citizens can often be drivers of change to increase transparency and accountability. Building on Transparency International’s definition of the “abuse of entrusted power for private gain,” corruption can be understood as: “a system of abuse of entrusted power for private, collective or political gain – often involving a complex, intertwined set of relationships, some obvious, others hidden, with established vested interests”.

In democracies and non-democracies, when elites are indifferent to civic demands, beholden to special interests, unaccountable, and institutional channels are blocked or ineffective, civil society often wields power to push for policies and practices to disrupt systems of corruption.

Results have included improved public services; access to information; prevention of corruption and mismanagement; a push for policy and legislative change; and shifting norms toward integrity.

People power efforts targeting corruption can disrupt dishonest activities and relationships; apply pressure through the power of numbers involving shared grievances and demands to elites; and engage with the public, powerholders, and institutions to gain support, shift loyalties towards civic initiatives, and back or even protect anti-corruption institutions, government reformers, and civil servants.

There are examples everywhere. In Kenya, social audits by Muslims for Human Rights (MUHURI) curbed misuse of constituency development funds in marginalised neighbourhoods.

In Romania, the Save Rosia Montana movement fought to prevent the destruction of villages and mountains for the construction of a gold mine.

Voters Not Politicians is an ongoing anti-gerrymandering campaign in Michigan, USA that has inspired civic initiatives in other states.

In Korea, CAGE 2000 (Citizens Initiative for the General Election) assessed parliamentary candidates and encouraged the election of those most fit for holding office. And in Indonesia, the Love Anti-Corruption Commission, Love Indonesia or CICAK campaigns to protect Indonesia’s Corruption Eradication Commission (KPK) through unprecedented social support.

Anti-corruption efforts by nature involve negatives — stopping, preventing, and punishing wrongdoing. There is also a need for more positive reinforcement of honest officials and anti-corruption practices and for shifting social norms toward integrity, collective responsibility and accountability. This can be seen through the Mazdoor Kisan Shakti Sangathan’s people power campaign to enact the Transparency and Accountability Bill in Rajasthan, India and Accountability Lab’s annual Integrity Icon grass-roots campaigns.

Collaboration involving the government, private sector and civil society can contribute to tackling corruption and improving transparency and good governance. For instance, from 2009 to 2016 in Lviv, Ukraine, the Council on Competitiveness was created to shape the city’s economic strategy and the IT and tourism sectors. Local governance and decentralisation researcher Oleksandra Keudel reports that the platform also had “side effects”, such as changing the opaque governance of tenders for municipal land leasing to a transparent system of electronic tenders that was supported by businesses, civil society, and part of the political opposition.

In some scenarios, a “window of opportunity” may arise, such as when a reformer is appointed head of a ministry or a non-democratic regime succumbs to a nonviolent movement that ushers in an elected government, or government corruption and linked repression stimulates public outrage and people power. Civil society is needed to monitor and disrupt, wield the power of numbers, and engage support.

It may be that activists enter governments to implement reforms or institutionalise citizen-based monitoring, as was the case when the Mazdoor Kisan Shakti Sangathan’s Sowmya Kidambi became the Director of the Society for Social Audits, Accountability and Transparency in the Department of Rural Development, in India’s Telangana state government.

Corruption comes in many forms and has varied consequences. Discontent over corruption may spur the revitalisation of democratic movements or it can move politics and segments of the population towards populism.

Transparency International’s Corruption Perception Index ranks 180 countries by perceived levels of public sector corruption using “a scale of zero (highly corrupt) to 100 (very clean)”. The Index uses data from dozens of sources, including the World Bank. Its 2021 report found that 86 percent of countries have seen no improvement over the last decade, demonstrating that corruption is a long-term and ongoing global issue.

A decade of stagnation in the fight against corruption worldwide shows how important it is to address this issue to enhance democratic values.

But civil society and citizens — organised in non-violent movements, campaigns, and local civic initiatives — continue to push for positive change even when faced with harsh repression.

Shaazka Beyerle is a senior fellow at the Terrorism, Transnational Crime and Corruption Center (TraCCC), George Mason University and a Spring 2023 Adjunct Professor, at Georgetown University. Layla M. Hashemi is a researcher and data analyst at TraCCC and managing editor of the Journal of Civil Society. Beyerle tweets at @go_peoplepower and Hashemi tweets at @tokyomay. 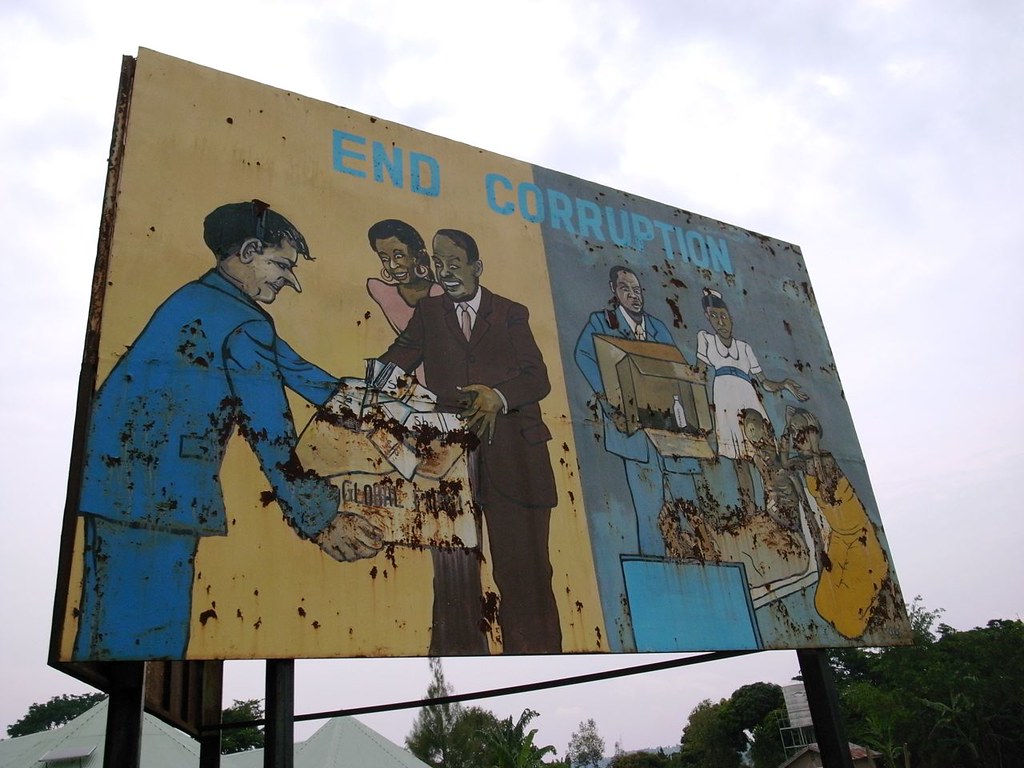 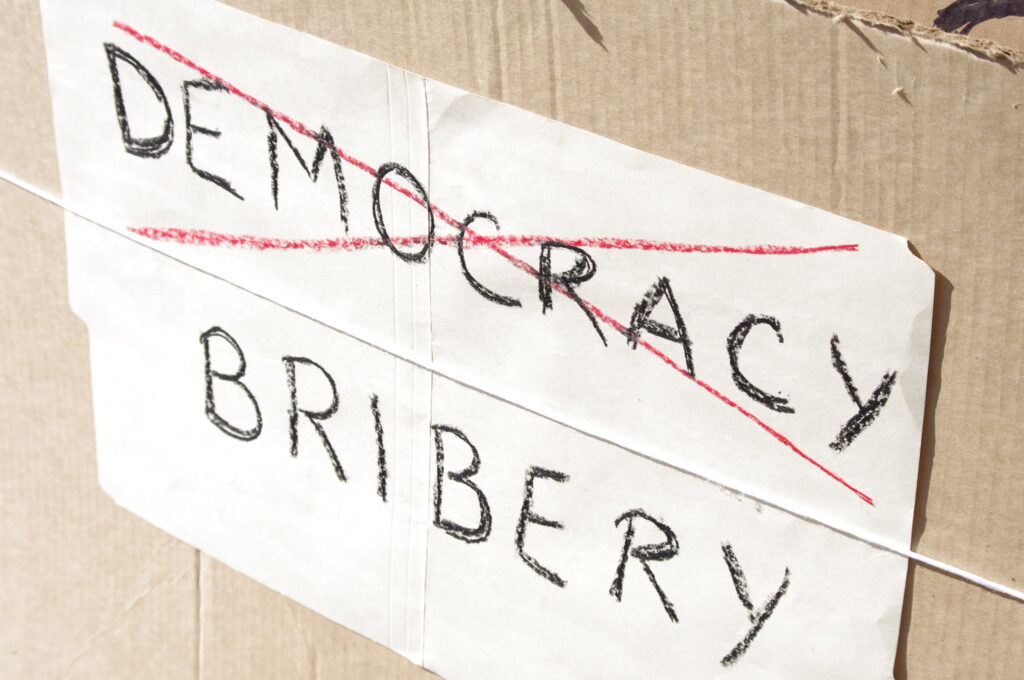 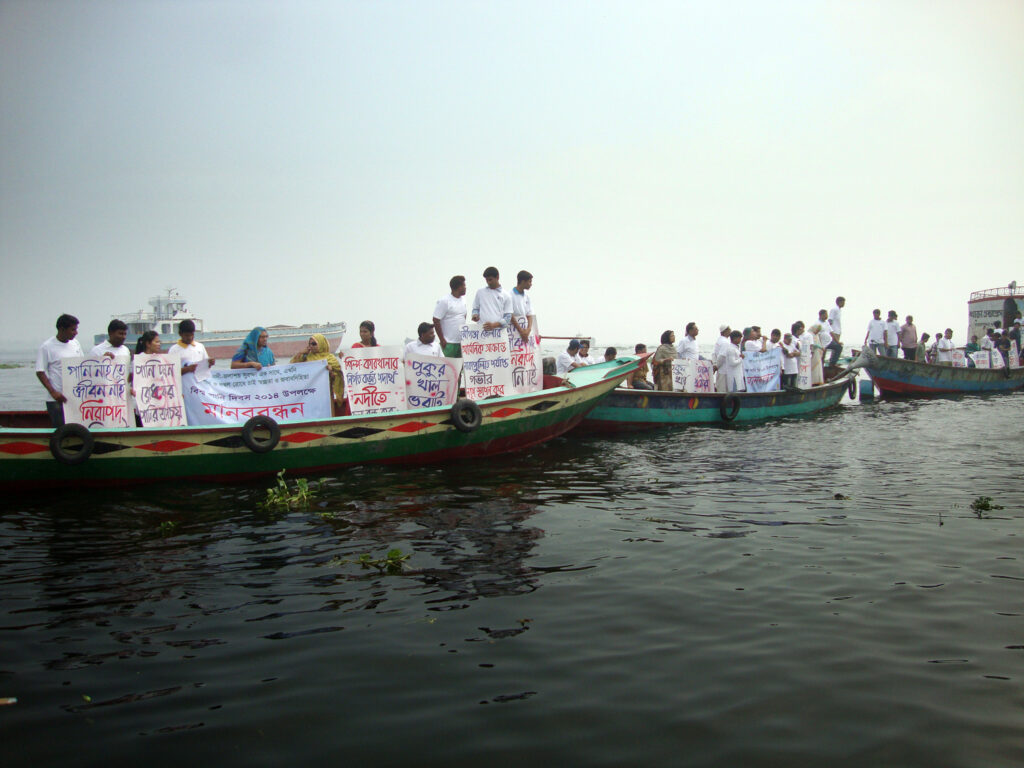 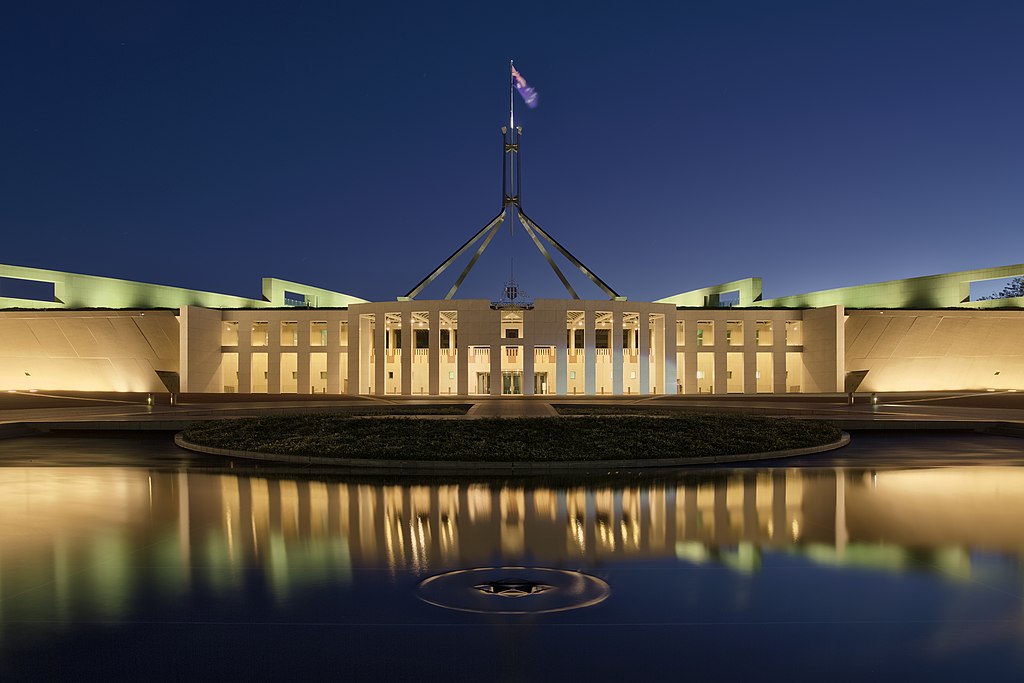 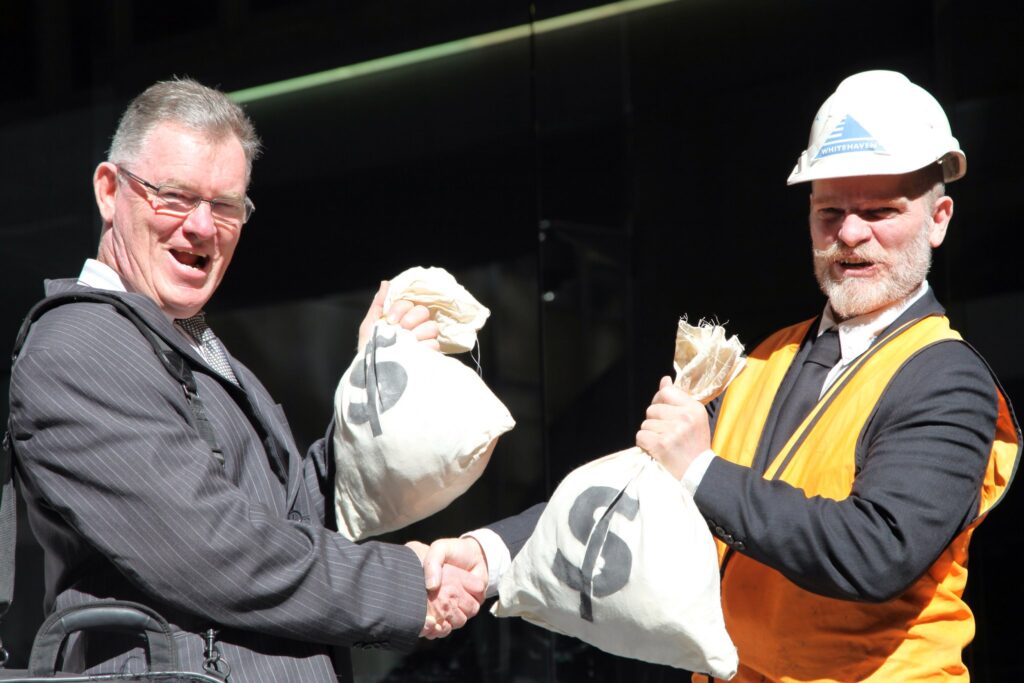 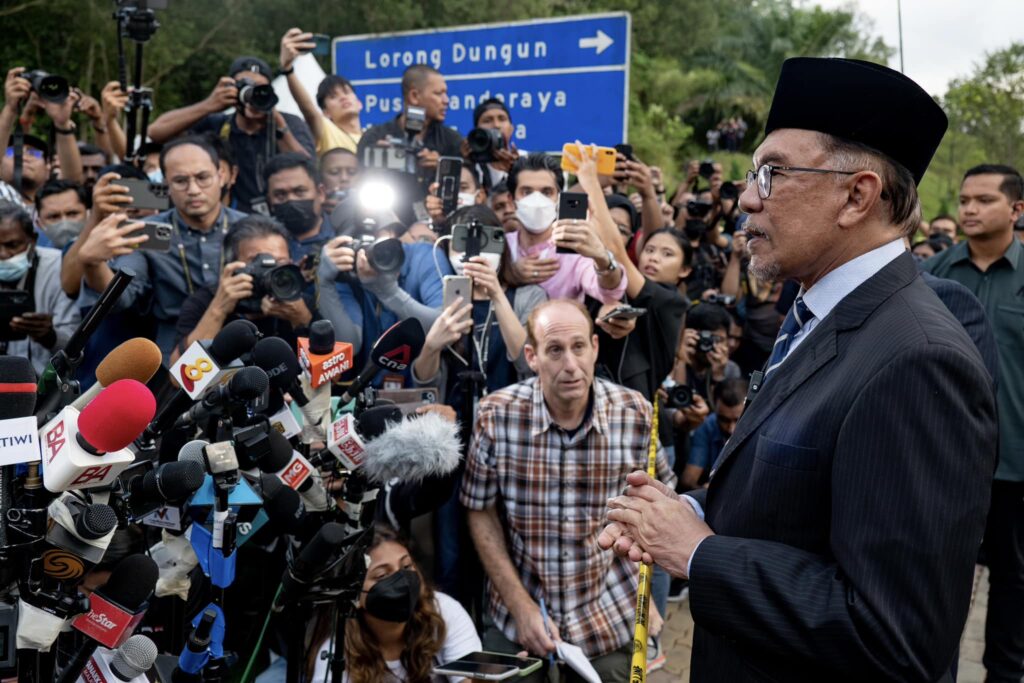 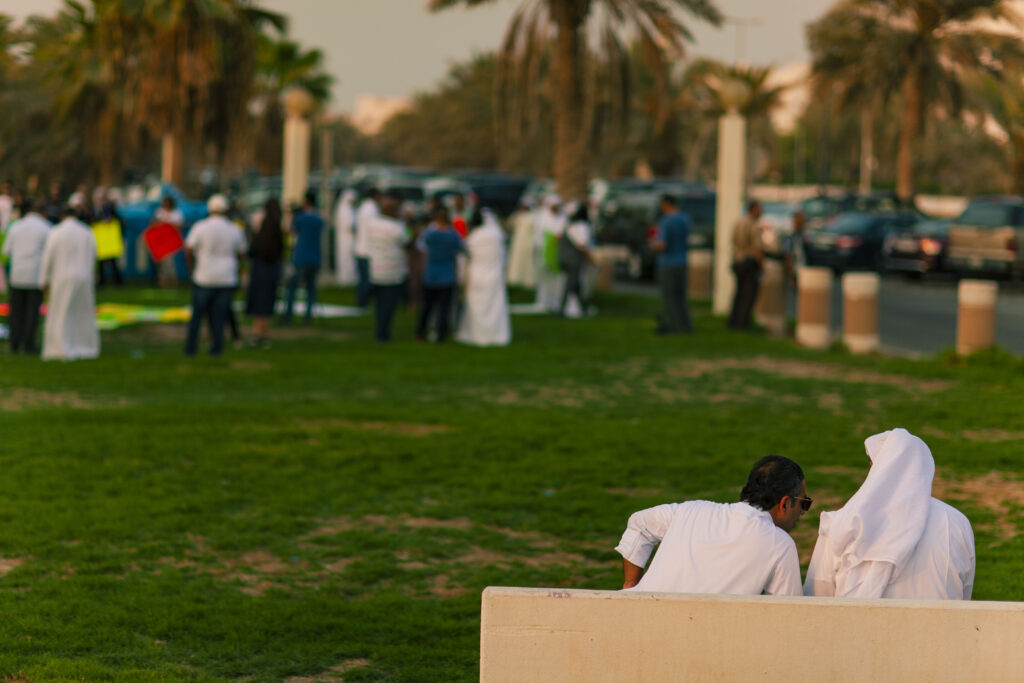