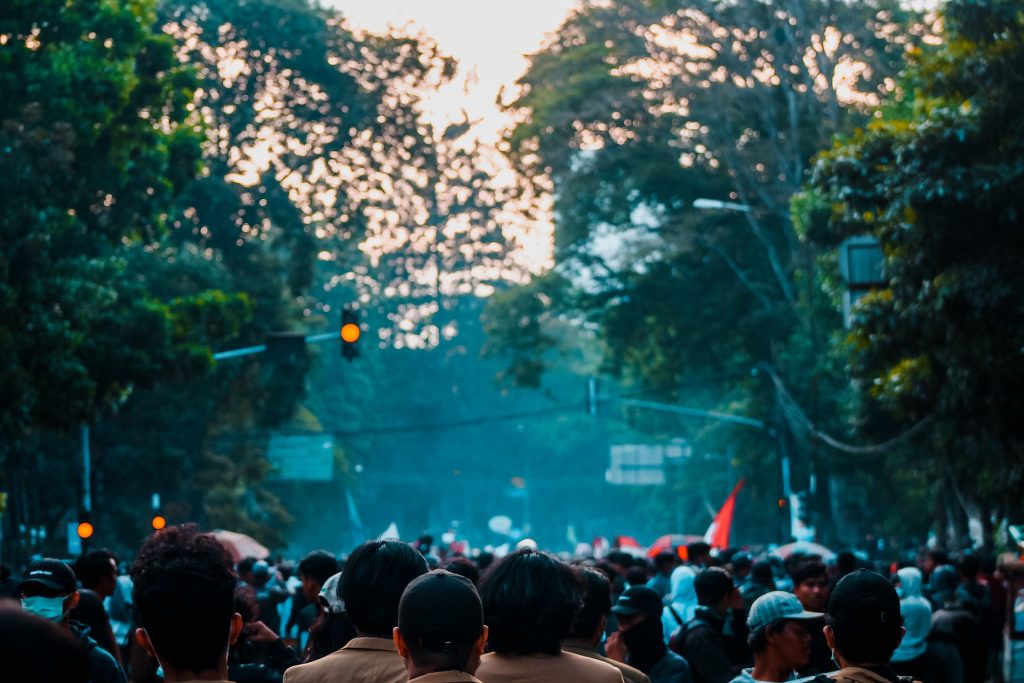 In a climate where truth and institutional independence are increasingly under attack, safeguarding Indonesia’s democracy is an all-society affair.

When Indonesian President Joko Widodo attends US President Joe Biden’s ‘Summit for Democracy’ on Dec. 9-10, he will face many questions about his own government.

Democracy in Indonesia is at a critical point. The country is no longer building or consolidating democracy, but trying to protect it. International IDEA, an intergovernmental organisation supporting democracy, has downgraded Indonesia’s democracy, classifying it as “weak” in its latest report. Driving the decline are higher recorded levels of corruption, reduced freedom of expression, and a rise in religious polarisation.

Lawmakers have diminished the independence and effectiveness of Indonesia’s peak anti-corruption body, the Corruption Eradication Commission (KPK). Its most active investigators have been removed, a new oversight body has been established, and the KPK is increasingly being integrated with other investigatory bodies.

These attempts to curtail institutional independence do not go unnoticed in Indonesia. Civil society — whether watchdog organisations or independent analysts — remain vigilant and vocal.

In 2017, the DPR (Dewan Perwakilan Rakyat) — the lower house of parliament — moved to curtail the rule-making ability of Indonesia’s electoral management body (Komisi Pemilihan Umum, known as KPU). Civil society organisations such as Perludem responded forcefully in defense of the KPU, calling the legislation an impediment to the KPU’s independent work.

As Edward Aspinall and colleagues explain, 20 years of democratisation has not served as an antidote to corruption — the legacies of Indonesia’s authoritarian regimes linger, and issues like vote-buying remain a pervasive part of elections.

This places significant operational burdens on the KPU to deliver timely, accurate results in an increasingly polarised political environment. Threats such as extreme weather events, security incidents or a pandemic complicate this further.

To double-check official electoral results, volunteers had to simply take photos of polling station tally sheets and send images to a central point via their smartphones to be compared against official results.

The KPU started implementing a similar solution for official result processing. In 2021, civil society and the electoral authorities jointly reviewed these processes to improve the accuracy and efficacy of the vote-counting system.

By focussing on simple and available technologies, vote tabulation demonstrates how civil society and institutions can jointly contribute to fit-for-purpose solutions in support of democracy.

The 2024 Indonesian elections will be a key test of the ability of democratic institutions to deliver under the risk of political pressure in an increasingly polarised environment.

Indonesia’s democratic institutions were already under strain, juggling the aspirations of a diverse population, spread across complex geographical terrain and living through a pandemic, extreme weather and security risks. Deliberate attempts to undermine these democratic institutions and processes make their work harder. It’s critical for civil society to defend and support these key institutions.

A resurgence in civic resistance in Indonesia shows people are engaged and willing to protect Indonesia’s democracy. Civil society, as it has often done, may present middle ground alternatives that could reduce the impact of polarisation.

Consolidating democracy is a slow task where all actors are needed, approaching complex issues with creativity, cooperation, and common sense. Protecting democracy from harm demands an accelerated approach and a renewed sense of shared purpose. It would be ideal if Biden’s democracy summit was the start of a fresh approach by the Widodo Government — but failing that, Indonesia’s civil society will continue to protect and improve the country’s under-attack democratic institutions.

Therese Pearce Laanela is a PhD candidate with the School of Regulation and Governance at the Australian National University. She serves as head of the Electoral Processes team at International IDEA based in Stockholm.