Global power shift with the prick of a needle 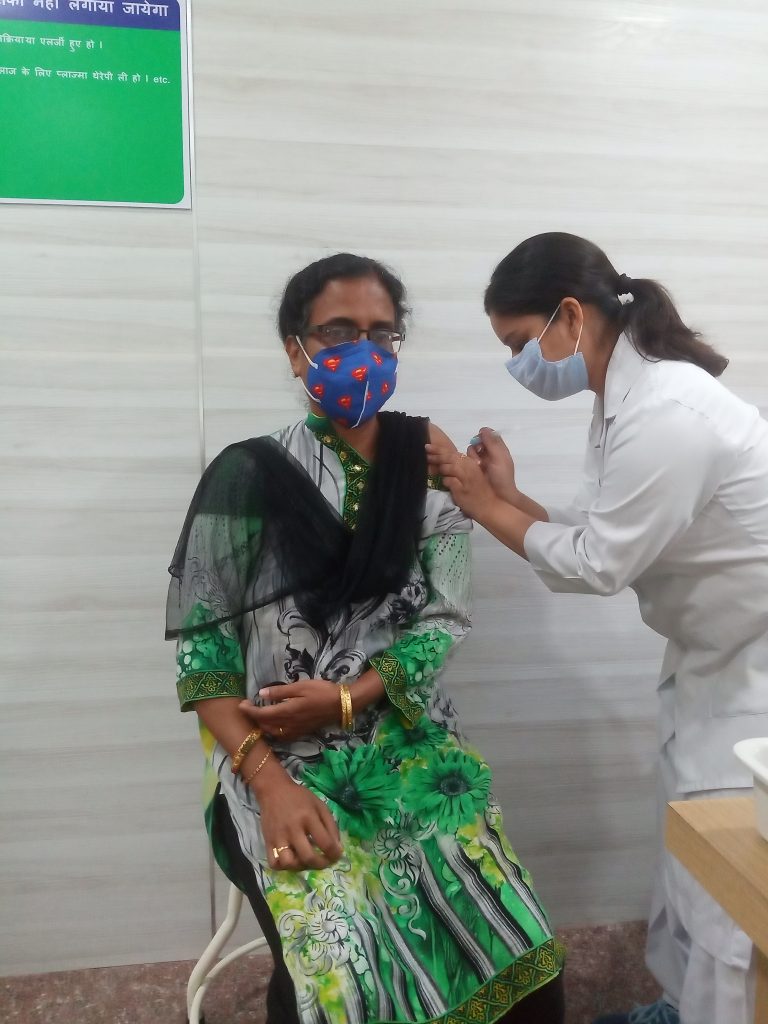 Where once the US dominated global trade negotiations, COVID has revealed its grip on intellectual property regulation may be weakening.

Twenty years  after the HIV/AIDS crisis, the world faces a new pandemic, but a familiar problem. Technology needed to produce life-saving drugs remains fiercely guarded by the Western pharmaceutical companies who developed it. But there are signs their tight grip may be loosening.

In the mid 1990s, a course of anti-retroviral drugs (ARTs) was priced at US$10,000. This was an impossible sum in Southeast Asia and Sub-Saharan Africa where more than 90 percent of new HIV infections in 1995 were recorded. Meanwhile, governments of developing countries were blocked from supplying their HIV-affected citizens with affordable, generic alternatives by strict global intellectual property (IP) regulations.

Established at the behest of the US and EU, these rules protected patented products developed by Western pharmaceutical companies. The US administration even threatened South Africa with sanctions for attempting to bypass patents on essential medicines. Eventually recognising that HIV/AIDS could destabilise entire regions of the globe, the US and EU backed the 2001 World Trade Organization (WTO) Doha Declaration that allowed governments to overrule IP regulations in the interest of public health. Facing competition from generic versions, the price of patented ARTs dropped to US$700 a year.

In 2021, most IP related to COVID-19 vaccines is owned by pharmaceutical giants based in the US and EU who have reaped tens of billions of dollars in sales. Struggling to access immunisations, only three percent of people in low-income countries are fully vaccinated compared with 67 percent in high-income nations, an inequality that is prolonging the pandemic. Once again, developing countries are beseeching the WTO to waive IP protections. But the review process has been hamstrung for more than a year.

In the negotiation of IP regulations, the world’s most powerful states use their economic clout to establish rules that disproportionately benefit them. But in the latest discussions over COVID-19 vaccinations, evidence is emerging that US-EU regulatory hegemony may not be as robust as was presumed.

Western governments reverted to their old ways after the Doha Declaration. Unable to work through the WTO, these powers shifted to narrow trade agreements and threats of sanctions to extinguish IP flexibilities. Drafted in 2015, the Trans-Pacific Partnership (TPP) was a twelve-member mega-regional free-trade agreement that would have required many less-developed signatories to increase IP protections — including for pharmaceuticals — beyond what was already mandated by the WTO.

These rules once again bestowed advantages on Western pharmaceutical companies, while generic drug manufacturers based in countries like India, Brazil and Thailand were restricted in what they could produce. Fearing the loss of precious access to the US and EU’s enormous markets, developing countries were prepared to capitulate to these IP regulations, all the while arguing that open access to knowledge was necessary for education, public health and economic development in their countries.

But since the 1990s, a tiger has joined the table. China has now overtaken both the US and the EU in GDP, positioning it to influence global IP regulations. While China has been reluctant to directly challenge the economic system that enabled its rise, it has endorsed flexible IP regulations advocated by the developing countries who are its most important economic partners.

Beijing has placed the Association of Southeast Asian Nations (ASEAN) at the centre of the Regional Comprehensive Economic Partnership (RCEP), a mega-regional trade agreement rivalling the TPP that does not include the US and EU. The agreement, which will enter into force on 1st January 2022, has emerged with flexible, development-friendly IP provisions that contrast starkly with the TPP.

When in 2017, Donald Trump withdrew the US from the TPP,  RCEP became the world’s biggest free-trade agreement. Left to pick up the pieces, the remaining TPP members unveiled the Comprehensive and Progressive Agreement for Trans-Pacific Partnership (CPTPP) a year later, eliminating all but one of the original IP chapters — including those related to pharmaceuticals — while leaving the rest of the agreement intact. Suddenly, the global landscape of IP regulation appeared very different.

Even without an IP waiver from the WTO, vaccine competition is heating up as Asia’s pharmaceutical companies leverage high demand and an injection of funds into R&D to put alternative immunisations on the market. With the second and third highest number of COVID-19 vaccine developers in the world, China and India respectively are leading the challenge to the West’s vaccine monopoly. While Chinese vaccines suffered bad publicity from questionable efficacy, generics giant India has Baharat Biotech’s Covaxin recently obtained WHO emergency approval with another immunisation hot on its tail from Zydus Cadila.

South Korea and Japan are investing billions of dollars in local vaccine development, with multiple candidates in clinical trials in both countries. Another high profile generics manufacturer, Thailand, has two promising and cheaper vaccines in the pipeline—one mRNA and another protein-based—as well as two nasal sprays beginning human trials.

Asia’s home-grown vaccines could drive down prices globally by increasing supply. They could also produce valuable spillover effects for the development of other innovative drugs, rendering Asian firms more competitive against their Western counterparts in the long run.

Thailand has now expressed interest in joining the CPTPP, citing a reduced threat to access to medicines, and China formally filed a bid to join in September 2021. If the CPTPP advances in its current form, global IP regulations will be even further cemented away from the US and EU’s preferences, giving generics manufacturers greater scope to produce affordable medicines.

The West’s IP dominance has not only been weakened by the changing balance of global power, but also from within. The US and EU’s powerful partnership came under strain as the latter found it increasingly difficult to achieve agreement between the European Commission and European Parliament on IP issues.

In 2012, the European Parliament rejected the Anti-Counterfeiting Trade Agreement (ACTA), sealing its political death. ACTA was an ambitious US-driven arrangement that would have allowed countries to seize in-transit shipments of generic drugs suspected of IP infringements.

Even the US’s special partner, the UK, has begun negotiations to join the CPTPP, further indicating the pact’s viability with countries who have traditionally been firmly in the US and EU’s IP camp.

But the trajectory of IP regulations is far from settled. Property protections are considered key for encouraging innovation, especially given the high R&D costs for pharmaceuticals. As countries develop and produce more innovations, they are likely to demand higher IP standards. China is shifting from a dependence on trade in goods and natural resources toward high-technology sectors that benefit from more stringent IP regulations. If history repeats itself, developing countries may once again find themselves at the mercy of great power interests.

Hannah Elyse Sworn is a Senior Analyst at the S. Rajaratnam School of International Studies (RSIS), Nanyang Technological University, Singapore. Her research interests include US-China relations, the political economy of intellectual property and International Relations theory. Hannah holds an MSc in International Relations from RSIS and previously worked as a research and evaluation consultant in Cambodia. The author declared no coinflicts of interest in relation to this article.