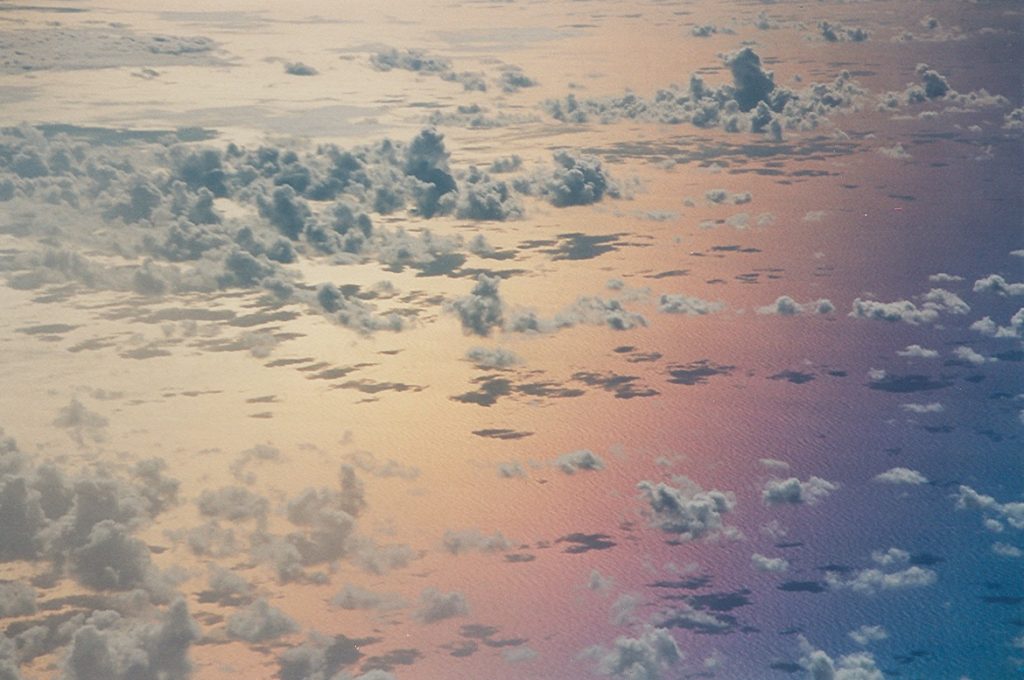 The deep ocean can be used for carbon dioxide removal from our atmosphere. Here are the opportunities, risks and constraints.

The ocean and climate are inextricably linked. More than 90 percent of the extra heat from global warming has gone into the deep blue sea, with associated climate-driven changes reducing the productivity of fisheries and threatening more than 600 million people through sea-level rise. Yet the ocean offers opportunities: it could also be a source of solutions rather than just a victim of climate change.

One possibility is increasing the ocean’s uptake of carbon dioxide (CO2) from the atmosphere and storing it in the deep. Doing so on a large scale would help deliver the net zero goal of the Paris Climate Change Agreement. But considerations beyond just the financial commitments of research and development, costed at US$2.5 billion, will need to be taken into account.

Either biology or chemistry could be used to remove carbon dioxide from the atmosphere to store it in the ocean. The most straightforward approach is a ‘nature-based solution’, restoring the natural functions and processes already provided by our environment. Protecting marine ecosystems by ending overfishing and other conservation actions can reinstate the role of top predators in marine food webs, particularly those of the deep ocean — found in depths beyond 200 metres. The resulting increase in the abundance of larger organisms, such as fish and whales would transfer organic carbon from surface waters to deeper layers through faeces and deadfall, slowing the return of that carbon to the atmosphere.

The need to end overfishing through improved ocean protection is internationally recognised by UN Sustainable Development Goal 14, and associated targets of the Convention for Biological Diversity (CBD) and the World Parks Congress. The main problem in using this approach for climate mitigation is that the additional carbon removed from the atmosphere on a long-term basis is likely to be relatively small. The removal also cannot be easily attributable to any single country. Whilst ocean ecosystem restoration is undoubtedly worthwhile for the many non-climatic benefits it can provide, signatories of the Paris Climate Change Agreement are required to communicate their emission reduction strategies and quantify their national contributions.

In theory, much greater CO2 drawdown is possible if the growth of marine phytoplankton (microscopic floating algae) can be increased by ocean fertilisation, for parts of the ocean where dissolved nutrients in seawater are in short supply. Directly adding relatively small amounts of biologically-available iron, or larger amounts of nitrogen and phosphorus, would stimulate phytoplankton blooms, converting inorganic carbon dioxide to plant biomass. Pumping up nutrient- rich water from the deep using underwater pipes, referred to as artificial upwelling, could also be used to achieve the same effect.

These ideas were first suggested in the early 1990s, and have been investigated by patch-scale field experiments and modelling studies, however, many key issues remain unresolved. These include: whether fisheries might benefit or suffer if ocean productivity is increased in this way; whether there might be other damaging side effects; for example, reducing productivity elsewhere, potentially many thousands of kilometres away (linked by ocean circulation patterns) and the uncertain rate of return of CO2 to the atmosphere over the next 50-100 years.

Concerns that there might be damaging side effects resulted in a non-binding moratorium on ocean fertilisation in 2008, followed by more detailed regulation of marine geoengineering — defined as “deliberate intervention in the marine environment to manipulate natural processes including to counteract anthropogenic climate change and/or its impacts, and that has the potential to result in deleterious effects, especially where those effects may be widespread, long-lasting or severe.”

Marine geoengineering is now limited to strictly-controlled research under the Convention on the Prevention of Marine Pollution by Dumping of Wastes and Other Matter, referred to as the London Convention and London Protocol (LC/LP). There are also further restrictions in the Southern Ocean, where iron additions would potentially have greatest climatic effectiveness under various agreements.

The large-scale cultivation of seaweed (macroalgae) is another biological option for ocean-based climate mitigation. Seaweed photosynthesis would remove carbon dioxide from seawater, followed by managed long-term storage of carbon fixed in its biomass. This approach would be most efficiently carried out in shallow waters, scaling-up the cultivation and harvesting procedures of existing seaweed farms, widely used for food production in China, South Korea and Japan.

Cultivation in deeper water has also been proposed, but requires a  very large area (of around 10 million square kilometre or more than 40 percent of global shelf seas) for climatically-significant carbon removal. Deliberate sinking of the harvested seaweed to the deep ocean seafloor would then provide carbon storage.

Large scale open-ocean seaweed cultivation and its sinking could have substantive climate mitigation potential, according to a modelling study, currently under review. Since the seaweed would be physically moved to the seafloor (for example, by baling-up and adding ballast), there would also be much greater management control and less uncertainty than nutrient-based ocean fertilisation. Yet there would also be adverse environmental impacts and climatically-important feedback effects, both in the water column, as a result of seaweed cultivation, and on the seafloor, as a result of storage.

In the upper ocean, shading and nutrient competition would decrease the natural productivity of phytoplankton (reducing their own CO2 removal), and increase the abundance of marine calcifiers, such as molluscs and other seaweed grazers (releasing CO2). At the seafloor, the seaweed would directly smother other organisms living there; its decomposition would also reduce oxygen levels over larger areas, affecting many more deep-sea organisms. Although the LC/LP regulation does not cover seaweed cultivation per se, it would fall under ocean disposal by deliberately counteracting anthropogenic climate change.

Chemistry-only methods for ocean climate mitigation focus on ‘ocean alkalinity enhancement’, primarily by adding large amounts of finely-ground silicate or calcium compounds to the open ocean or coastal waters, to convert CO2 dissolved in seawater to bicarbonate and carbonate ions.

This process could, in theory, be very effective in removing carbon from the atmosphere. However, the extra amount entering the ocean would be hard to measure reliably with naturally variable water chemistry and air-sea exchanges of CO2. In addition, “the costs, logistics, and environmental footprints of mining, industrial transformation, pulverising, and transporting minerals require careful consideration”, as noted by the United States’ National Academies of Sciences, Engineering and Medicine (NASEM).

Adding alkaline compounds to the ocean could be beneficial for marine communities, by counteracting ocean acidification as a result of the extra CO2 in the atmosphere and ocean, added by human activities. But adding alkalinity would also have other effects, depending on the specific elemental compositions of the minerals used. For example, high silica would cause significant changes to phytoplankton species composition and productivity, with the strongest effects closest to where alkalinity increases are made.

The governance of ocean alkalinity enhancement is also likely to be problematic, constrained by LC/LP regulation and strongly opposed by NGOs that reject climate interventions considered to interfere with nature. Whilst mineral dissolution in the ocean is undoubtedly a natural process, there is a much wider debate on where the boundary between natural solutions to climate change (generally regarded as acceptable) and technological solutions (widely rejected) should lie. From a purely scientific perspective, the distinction is arbitrary.

The ocean does have immense potential for delivering renewable energy. Yet, the deep ocean seems likely to provide, at best, only a very limited solution to climate change through carbon removal.  Whilst some approaches can be considered low regret (or no regret) — because of the wide range of benefits they are expected to provide — most remain at the conceptual stage, being too risky, uncertain or contentious to include in current policy actions.

Phil Williamson is an Honorary Reader from the School of Environmental Sciences at the University of East Anglia, UK.