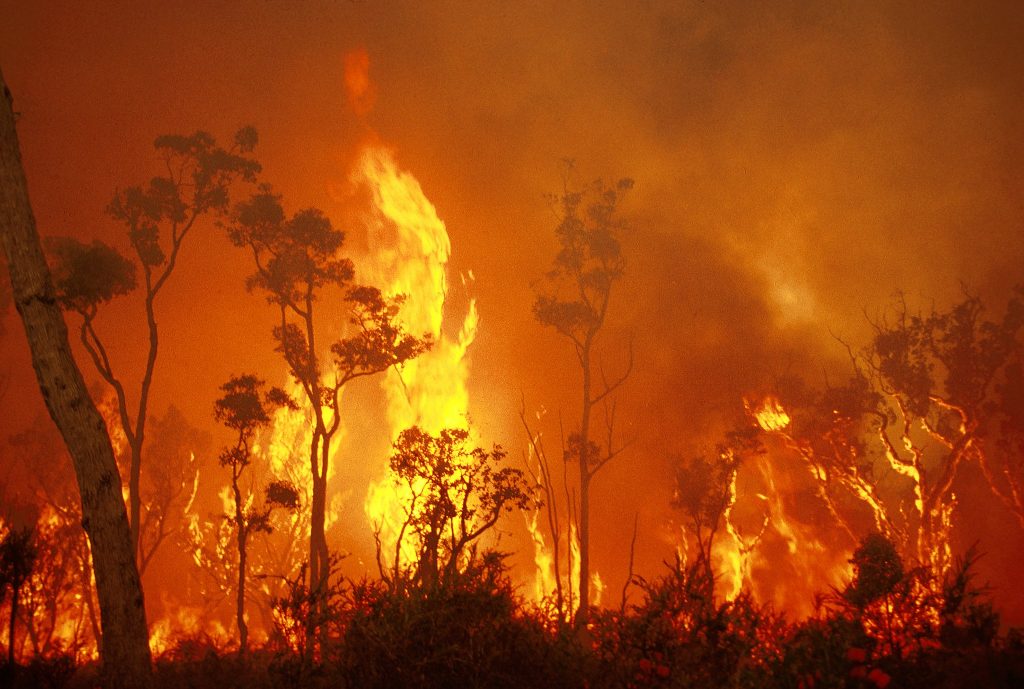 Australia’s 2019-20 bushfires produced recommendations on how to reduce risk : CSIRO

Climate change is creating a new kind of dangerous wildfire. It will take all our tools to keep communities safe.

Heatwaves have been going through some extraordinary changes in recent history. Since midway through the 20th century, their intensity, frequency and duration have increased across the globe – and these changes are happening faster and faster. Research indicates that this is simply not possible without human influence on the climate.

A child born today could see an extra 30 to 50 heatwave days every year by the time they are 80, up from roughly 4 to 10 days today. Southern states of Australia, such as Victoria and South Australia, which already experience the country’s hottest heatwaves, could see hot days become hotter by up to 4 degrees Celsius.

Across Europe, heatwaves may become hotter by up to 10 degrees Celsius and some heatwaves will last up to two months by the end of this century. In just the next 20 years, the US will experience three to five more heatwaves every decade compared to the second half of the 20th century.

Heatwaves are closely linked to droughts. Generally, a large amount of energy from the Sun goes into drying out moisture in the landscape. But as the amount of moisture available for evaporation declines during a drought, more energy is available for heating the air and the temperature rises. This can become a vicious cycle of increasing evaporation and desiccation of the land surface.

And of course, during times of heatwaves and droughts, wildfires will ignite more readily, burn more intensely and spread faster.

The link between wildfire and heatwaves has been seen across the world in numerous examples. The Australian 2019-20 fire season, known as the ‘Black Summer’, saw huge areas of the populated eastern seaboard dramatically ablaze. The fact that it coincided with Australia’s hottest and driest year on record was no accident.

Extreme fire weather rolled across the continent on an almost weekly basis. First a heatwave would develop across southeast Australia, with hot and dry air funnelled from the centre of the continent drying out dead litter and branches and even live vegetation. This, combined with strong north-westerly winds forming ahead of a cold front, required just a spark to result in what became known as ‘firestorms’. Then, the cold front would arrive, further escalating fire behaviour and triggering thunderstorms and lightning strikes – many of which would flare into the next round of wildfires.

Deep and extensive drought all but guaranteed the fires found fuel that was fully available to burn.

In lock-step with heatwaves, wildfires are a worsening global problem and extreme wildfires, in particular, are affecting fire-prone regions such as western North America, Eastern Russia, and Mediterranean Europe.

For example, the Russian heatwave in 2010, when 300,000 hectares were destroyed by simultaneous wildfires; the 2016 western Canadian heatwave and the Fort McMurray wildfire; and the more recent 2021 record heatwave in British Columbia where temperature records were smashed by up to 5°C, and which was immediately followed by the destruction of the town of Lytton by wildfire.

A Royal Commission initiated after Australia’s Black Summer fire disaster pointed to an urgent need to improve disaster management capabilities in order to respond to more frequent, intense, complex and costly fires under a changing climate.

Land management that reduces the opportunity for large fires to develop, or firefighting to extinguish fires once they start, reduces the fire itself.

Information about forest dryness is useful for early warning and preparedness for extreme fires. Similarly, mapping climate variability across many years can help predict extreme years. Recommendations of the Royal Commission included improving national systems of collecting and sharing bushfire related information, including information on climate change and fuel loads.

‘Hazard reduction burns’ are a practice that is widely used to reduce forest fire risk in Australia. However, scientific studies have found no clear indication of how much fuel load matters in extreme wildfires. Given that fuel loads are one of the few elements of fire that humans can control, this is concerning, as it suggests hazard reduction burning may be of only limited effectiveness.

Of course, there are limits to how much the risk of wildfires can be mitigated. As climate change moves fire outside of the range of human experience, disaster management will become increasingly challenging and potentially less effective.

While efforts can be made to limit vulnerability, exposure and fire itself, it is clear that the contribution of climate change to fire risk would be lower if greenhouse gas emissions were curtailed. Pursuing ambitious global greenhouse gas mitigation alongside national and local measures to adapt to a climate changed world, is a necessary strategy if we are to limit further increases in fire risk.

Jason Sharples is Professor of Bushfire Science at the University of New South Wales.

Sarah Perkins-Kirkpatrick is an ARC Future Fellow at the School of Science, UNSW Canberra.