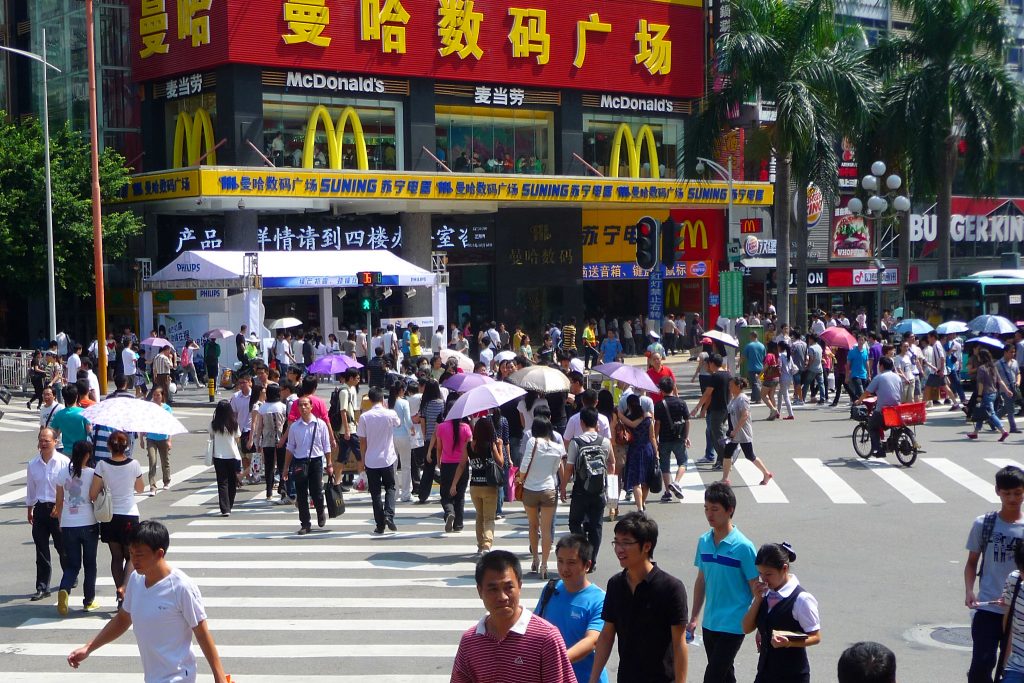 But most of the discussion has distorted or misunderstood the operation and purpose of the system.

There’s been much international focus on the national SCS but far less on the implementation of it in municipal governments.

The national system is still in the development stage, delivery day unknown. It mostly focuses on financial functions.

In contrast, local implementations are already a tool for social control — a new way of nudging people towards desired behaviours by encouraging “good citizens”, while regulating “deviant citizens” through social management.

While the SCS is considered a central policy that must be adopted by local authorities, its implementation is inconsistent.

Instead, rollouts are considered competitive national experiments, where one successful framework might ‘win’ and be expanded to other cities.

The result is individual systems in 41 different cities all at varying stages of implementation, and a further 38 cities in pilot mode.

Another156 cities have announced plans to build their own version of the SCS.

Built into these systems is each city’s vision for what it means to be a “good citizen”, meaning behaviour that may impact someone’s score in the major seaport city of Weihai, which employs 2,800 items to calculate social credit, could be completely ignored in the southern coastal city of Nanyang or the city of Yulin, both with less than 30 indicators.

The variation in systems also impacts the points available for specific types of positive behaviour in different cities.

For example, people in Weihai can receive 150 points for the same type of behaviour that would only attract 60 in the city of Nanyang.

These points are used to further categorise citizens into different credit ratings, with some cities employing alphabetical measurements running from AAA to D, whereas others adopt naming conventions that range from Excellent to Poor and Risky citizens.

The differences are not restricted to the metrics used to judge citizens, with the points available varying widely depending on where people live.

For example, credit scores allocated in the city of Suzhou, west of Shanghai, and the city of Yiwu in Eastern China range from 0 to 200.

Meanwhile, credit scores in the significantly larger western city of Quzhou stretch from 0 to 1,000.

The highest maximum point given per person is 9,130 in the eastern coastal city of Rongcheng, and the lowest is 42, in Taicang city located south of the Yangtze River.

Localised systems are a tool for restricting inadequate behaviours and improving social management.

Local governments use them to foster “good citizens” by encouraging positive actions such as being involved in charity, volunteer activities or acts of heroism such as helping others or donating blood.

“Good citizens” can receive rewards and benefits, like discounts for parking, public transportation and deposit waivers in libraries.

On the other hand, citizens can lose points or be deemed a “deviant” if they have commercial defaults like being in arrears on their bills, or if they break the law.

These trust-breaking behaviors are mainly related to law enforcement and law-abiding actions, such as traffic violations and administrative penalties.

The sanctions can range from paying higher interest rates, being banned from travelling or going to private school, which ultimately aims to enforce law-abiding behaviours.

Cities also have more categories for point deduction rather than point accumulation.

The SCS is China’s attempt to address economic, social and moral challenges by leveraging data and digital technology, according to official national and municipal SCS policy documents.

It does not involve advanced technology like artificial intelligence but uses a scoring mechanism based on existing government data to calculate and compare people in real time, the data constantly updated.

These local systems relied exclusively on pre-existing administrative databases and were built from existing data and technologies.

They collect two types of data: biographical, such as name, gender, education, used to identify individuals. And behavioural data, which are measurements of people’s actions and behaviours.

These data are from official records already collected by governments and state-owned enterprises such as the National Development and Reform Commission, Ministry of Industry and Information Technology, and the Ministry of Agriculture and National Health.

It’s too early to tell whether the SCS is effective.

While people tend to change their behaviour if they are conscious that they are being evaluated, it does not mean it can transform people to have internally altruistic good intentions.

The use of credit rankings can also be overly-simplistic or discriminatory.

This raises the question about the intrinsic quality of citizens who are demotivated by regulations and incentives.The system cannot guarantee increased sincerity and morality, but instead allows the state to intervene in the lives of its citizens.

The Chinese government’s access to large databases has provided them with the vast information needed to quantify dimensions of people’s lives into a common metric.

Doing so puts people into measurable, comparable and governable units by blurring the qualifications between their social and economic life.

The SCS aims to normalise the process in which state actors are able to be data processors, but the use of social quantification in modern governing isn’t new.

Government and public sectors have used numbers and statistics to count people to have a better understanding of their society since the early nineteenth century.

Consumer credit rating systems were adopted in the United States towards the latter end of the century.

And many welfare states in Europe and elsewhere use census and public statistics still today.

In the private sector, corporations like financial credit reporting firms have developed programs to measure whether people would default on their debts since the 1960s.

China’s experiment in connecting the data dots could pave the way for an entirely new ratings system.

Fan Liang is an Assistant Professor of Media in the Division of Social Sciences at Duke Kunshan University. He has a Ph.D. from the University of Michigan and his research explores how new communication technologies construct social and political changes, and how powers shape and regulate the design and operation of such technologies. Fan Liang declated no conflicts of interest in realtion to this article.