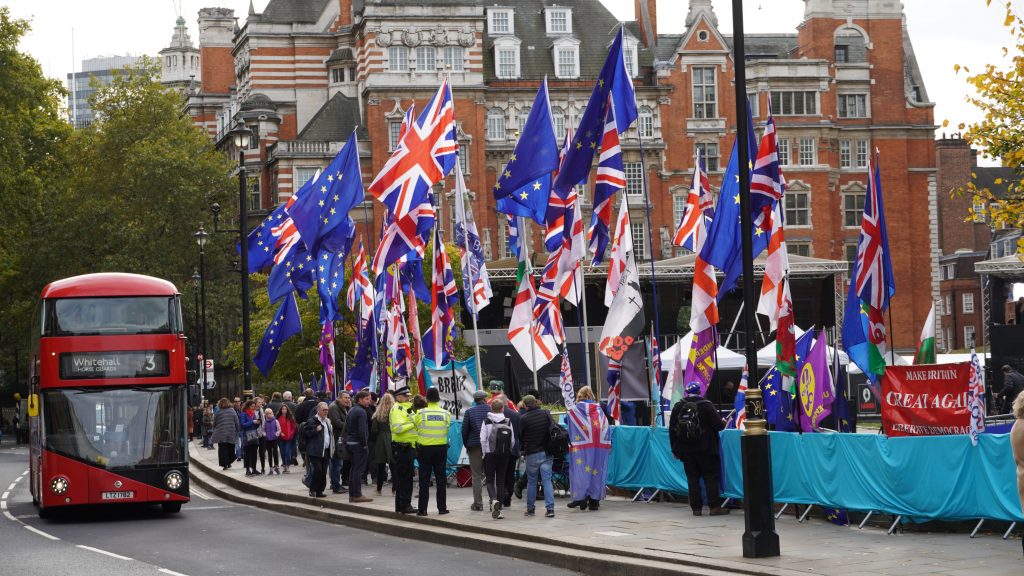 In the shadow of Brexit, this ideal seems far from reality in the UK, many Britons have come to view politics through an antagonistic lens.

By Gerry Stoker, Viktor Orri Valgarðsson and Will Jennings, University of Southampton

US President Joe Biden is billing his  ‘Summit for Democracy’ as an opportunity “to prove democracy still works and can improve people’s lives in tangible ways”. In the shadow of Brexit, this ideal seems far from reality in the UK.

Many Britons have come to view politics through an antagonistic lens. They’ve lost trust in politics and the quality of political leadership, perceive an increase in the level of corruption and a failure to address severe economic inequalities. And this highly negative view is affecting how they engage with democracy.

Just 28 percent of those surveyed in a May 2020 TrustGov UK poll expressed confidence in the government and politicians looking after their interests, or the public interest.

The question in citizens’ minds has become less ‘what is democracy doing for me?’ and more ‘how is politics doing me down now?’

It turns out this cynicism was a key factor in the divided Brexit vote — in particular, how citizens reasoned their way to a choice over whether to vote Remain or Leave.

Generally, in high political trust contexts there is a positive relationship between the endorsements of political elites and voting patterns of citizens. Take the 1975 Referendum that led to the UK joining the Common Market, the forerunner to the EU. Voters ‘followed the leader’ and backed ‘Yes’ because that was largely what the two main Conservative and Labour parties – and especially the party leaders – recommended. By contrast, in the current low political trust context,  ‘negative elite cues’ were important in driving votes for both Leave and Remain camps. Voters used politicians as proxies not for positions they wished to support, but for positions they wished to vote against.

The result of the 2016 Brexit vote in turn appears to have had a real impact on British citizens’ satisfaction with the way democracy works in the UK.  That shows through in public opinion surveys, including the British Election Study (BES) internet panel study.

In 2014, two years before the referendum, Remain supporters were modestly more satisfied with the workings of democracy than Leave supporters, but within both groups about half said they were ‘very’ or ‘fairly’ satisfied with democracy.

After the 2016 referendum, the satisfaction of Remainers in democracy slumped and remained low and even declined further in the coming years, with only about a third of this group presently expressing satisfaction with UK democracy.

Leavers, in contrast, became much more satisfied soon after the referendum, but this boost faded as the protracted negotiations over the Brexit deal were seen as a betrayal by the political establishment in the referendum’s outcome. However, the level of satisfaction of Leavers with UK democracy reached new heights after the election of the Conservative government led by Boris Johnson in December 2019 which pledged to ‘get Brexit done’ – and delivered on that promise in January 2020.

One interpretation of these trends is to view it as an example of the democratic process at work. Leave voters finally got something they wanted from the political system and responded with greater satisfaction.

Remain voters found themselves on the losing side of a decision for once and their satisfaction slumped. But this interpretation, framing the Brexit vote as a sort of bloody nose for political elites and their supporters, underplays the undercurrent of the low trust environment.

For Remain voters it is difficult to see what could help recover their sense of satisfaction with UK democracy, given how many of them, especially those of younger generations, tend to see the Brexit campaign and the manoeuvres of its leaders (including the current Prime Minister of the UK, Boris Johnson) as a betrayal.

Meanwhile, Leave voters’ sense of imminent treachery is never far from the surface; especially if the claimed benefits of Brexit – whether cultural or economic – are not delivered.

Brexit’s legacy sees renewed calls for another vote on Scottish independence and a  destabilising impact on the Northern Ireland peace process.

In the context of recent revelations of low-level corruption in the allocation of contracts during the COVID-19 crisis and concerns about the lobbying practices and second jobs taken by MPs, polling suggests that see the moral standing of MPs among the British public is at an all-time low compared to the 1980s and 1990s.

The UK, like most countries, is in a complex struggle to recover in the context of the ongoing COVID-19 pandemic and the challenges involved in moving to a low carbon economy. Withdrawal from the EU has added to the sense that the UK is struggling to find its way.

The “sunlit uplands” and levelling-up of regions and economic fortunes promised by Prime Minister Johnson may yet appear, but until they do, a grinding sense of scepticism stretching to cynicism about politics and UK democracy will dominate. That cycle needs to be broken if the future of democracy is going to be secured.

Gerry Stoker is Chair of Governance, University of Southampton and co-investigator on the TrustGov project.

Viktor Orri Valgarðsson is a research fellow at the University of Southampton and part of the TrustGov team.

Will Jennings is Professor of Political Science at the University of Southampton and is the principal investigator of TrustGov.