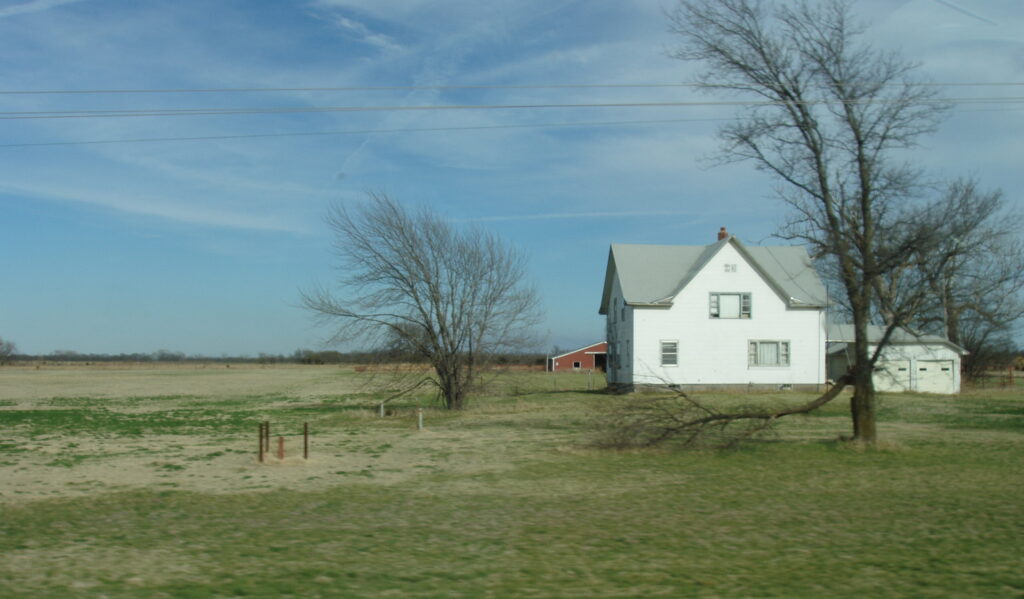 A Kansas farmhouse may be humble, but if it’s a place of safety, warmth and happiness – a home – it is irreplaceable: Janice Waltzer, Flickr. CC-BY-2.0: https://creativecommons.org/licenses/by/2.0/legalcode

At the end of The Wizard of Oz, when Dorothy clicks her ruby slippers together and says: “There’s no place like home,” she is not wishing herself back to a lonely bedsit in the city. Nor is she imagining a Citizen Kane-style Xanadu with vaulted arches, high walls and bountiful gardens. Luxury does not feature in her ideal. Indeed, in contrast to the vivid technicolour of Oz, her Kansas home is a dreary, monochrome vision of desolate plains pocked with scrub. For Dorothy, though, her home is irreplaceable because of what greets her on her return from Oz: a small group of people who together create a place of safety, warmth and happiness – a place where she belongs.

A home, then, is much more than four walls and a roof under which a person can meet basic human needs like sleeping, bathing and eating. When we think of homelessness we tend to think of rough sleepers. Rough sleeping is the most visible and extreme manifestation of homelessness – or, more specifically, houselessness. But those who sleep rough are actually in the minority of cases of recorded homelessness.

People who live in temporary accommodation, squat illegally, sleep in shelters or face extreme threats from outside or from within their four walls are classified in most jurisdictions as legally homeless even though they have a roof over their heads. So too are people who must ‘couch-surf’ under other people’s roofs.

For a person to be housed, he or she must have, at a minimum, legally guaranteed access to a minimally adequate dwelling for a minimally sufficient length of time. Of course, terms like ‘minimally adequate’ and ‘minimally sufficient’ give policymakers significant interpretative leeway. To be adequate, must a dwelling have at least as many rooms as occupants? Must it be tolerable not just for ordinary living but for 24-hour occupancy during a lockdown? Must it be affordable without holding down three jobs? Must it be securely available indefinitely or is ‘to the end of the month’ sufficient?

Even in the best case, however, a gap remains between the ideal of home invoked by Dorothy and the living conditions secured by a legal focus on housing. Home is, as poet Robert Frost put it, “The place where, when you have to go there, they have to take you in”. Home honours the reality that a person is a deeply social creature who depends on other people to meet her basic social needs. Home is always peopled by those who have to relate to her in certain ways, with generosity, warmth and (implicitly) forgiveness. When being ‘not homeless’ specifies only a minimally secure legal relationship between a person and a private space where she can sleep, bathe and eat, the social dimensions of that place are obscured. More specifically, the rights that a person may have to those social dimensions of ‘home’ go missing.

The documentary Dreams of a Life (2011) tells the tragic story of 38-year-old Joyce Vincent, who died alone in her London bedsit in 2003 and was not discovered until 2006. Her story underscores the potentially lethal seriousness of this gap between legal relations and the expansive, social notion of a home. Joyce had a flat that was adequate, with space for her possessions, a secure, lifetime tenancy, privacy, heating, a bed, washing facilities, food cupboards, a fridge and cooking equipment. She also received rent assistance from the state, a benefit she continued to receive after her death because her death went unnoticed. At the time of her death, Joyce had drifted away from the people she had once known, to such an extent that they had no idea she had died until they learned of it through an advertisement filmmaker Carol Morley placed in the local paper in an effort to find people who may have known Joyce. (In a sad touch, recounted in Dreams of a Life, Joyce’s badly decomposed body was surrounded by Christmas presents that she had wrapped but never delivered. Joyce did have family, but they were not in touch with one another, and they apparently did not know where she lived. The presents may have been intended for herself or possibly she bought them with the thought of reconnecting with her family.)

The gap between housing and a home is not entirely lost in some formal understandings of homelessness. The Australian Bureau of Statistics’ definition of homelessness – which includes the typical references to dwellings and tenure – also describes homelessness as a lack of “control of, and access to, space for social relations”.

But even when the law formally recognises the importance of “control” and “access” over private social space, social relations can still fail to get going.

Joyce had control of and access to a space for social relations, but she still fell through the cracks. Her house was never a space within which social relations figured.

Similarly, parents who spend few waking moments with their children because, to pay the rent or mortgage, they must work long hours, work two or three jobs, commute great distances, or work night shifts, are unable to use their residence to engage in social relations. They have access and control but precious little freedom to use their space for social relations.

When the material realities of people’s lives undermine their ability to sustain their social relations, they may well be homeless, even as they are housed. This distressing reality – that people can be housed yet homeless – is appreciated implicitly by Sharon Thompson, a Birmingham, UK, City Council Cabinet Member for Homes and Neighbourhoods, who was herself on the streets as a 16 year old. She said: “Homelessness is more than just about a house. It is about a whole life and creating a home. It is more than simply giving (people) a key to a door”.

Legislating within this gap between ‘housing’ and ‘homing’ has complex implications for housing policy and law. Overall though, appreciation of the gap suggests that housing policy – or indeed ‘homing’ policy – must go beyond legal guarantees of minimally secure tenure over an adequate dwelling. ‘Being homed’ need not mean that a person must cohabit with others, but refers instead to a condition of belonging.

Even seemingly unrelated legislation can undermine people’s ability to start, develop and sustain the social relations that constitute their sense of being homed. For example, workplace legislation allowing long hours can interfere with people’s ability to generate and sustain social relations with others, and neglect these richer, more complex, but no less important, aspects of what it means to be home. Housing policies that do not take into account the ways that various kinds of legislation can impact home life are taking too shallow a view of what a home does for people.

It is for social reasons that there is no place like home.

David Jenkins is a lecturer in the politics department at the University of Otago. His current work focuses on housing and urban politics. He is author (with Kim) of What a home does (Law and Philosophy) and co-editor (with Kim and Adam Neal) of Being Social: The Philosophy of Social Human Rights (Oxford University Press, forthcoming). 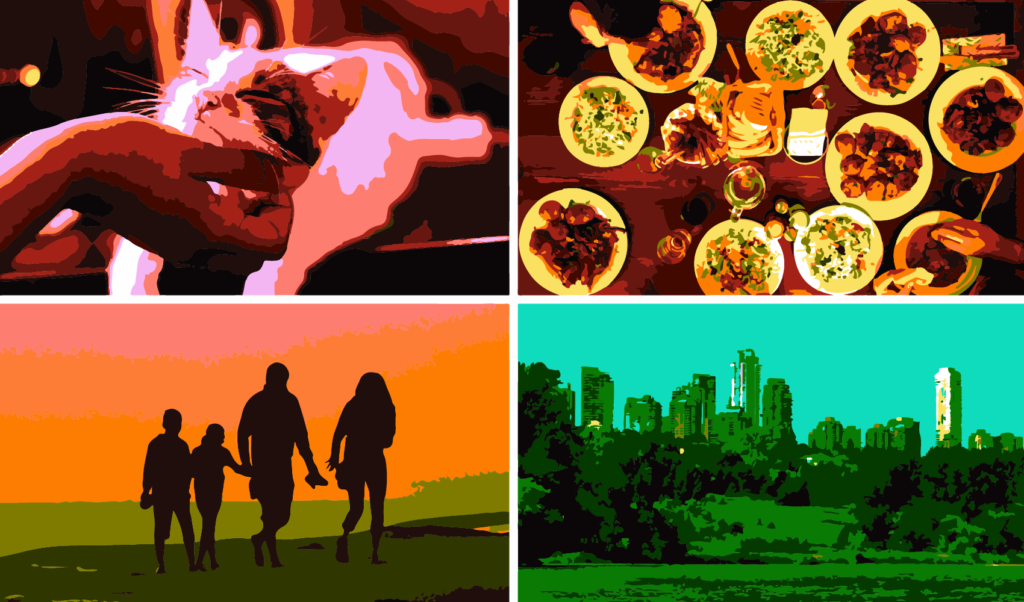 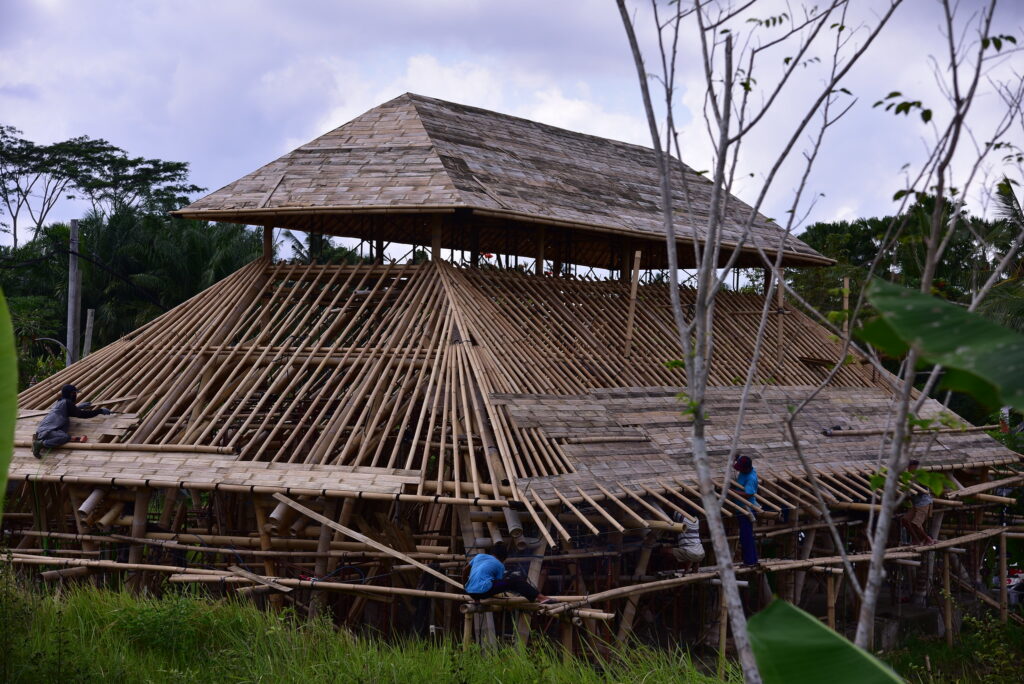 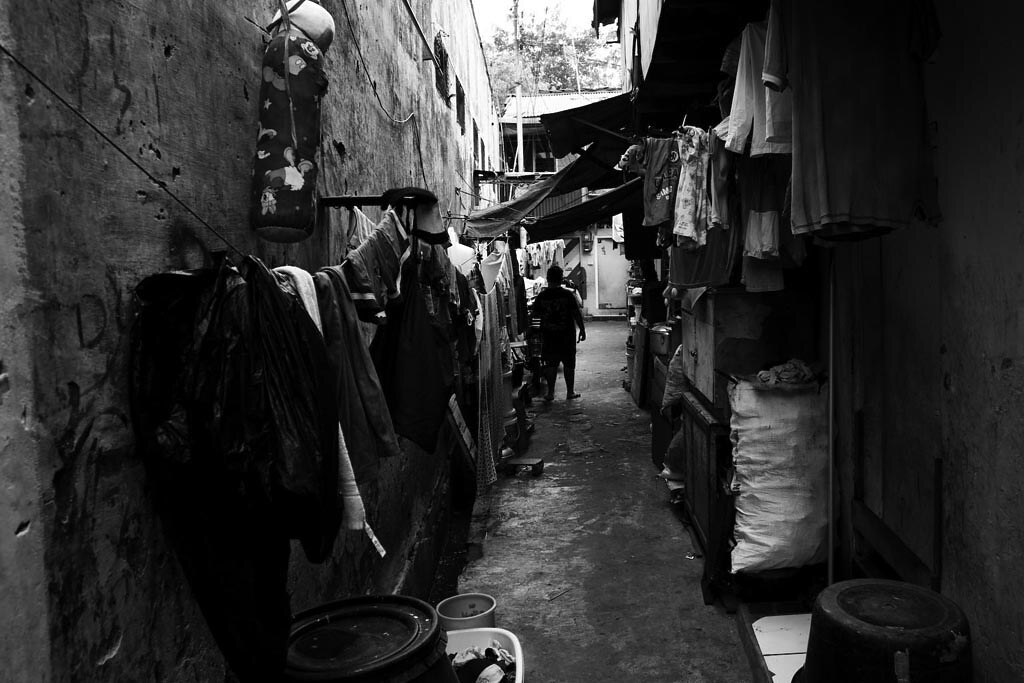 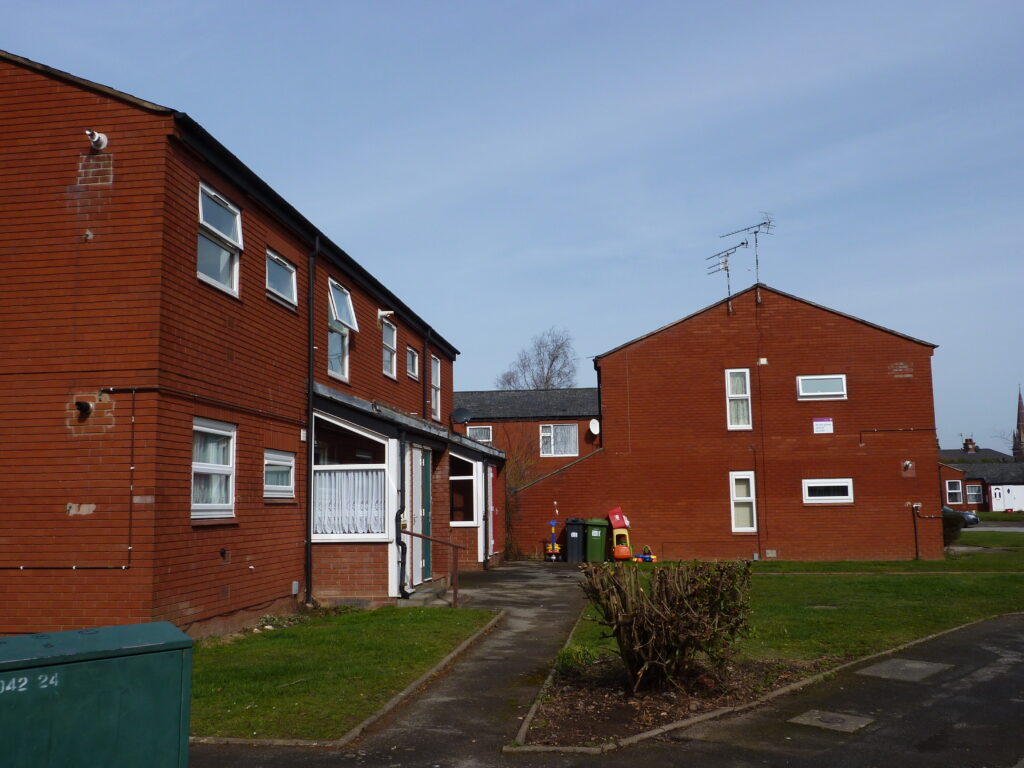 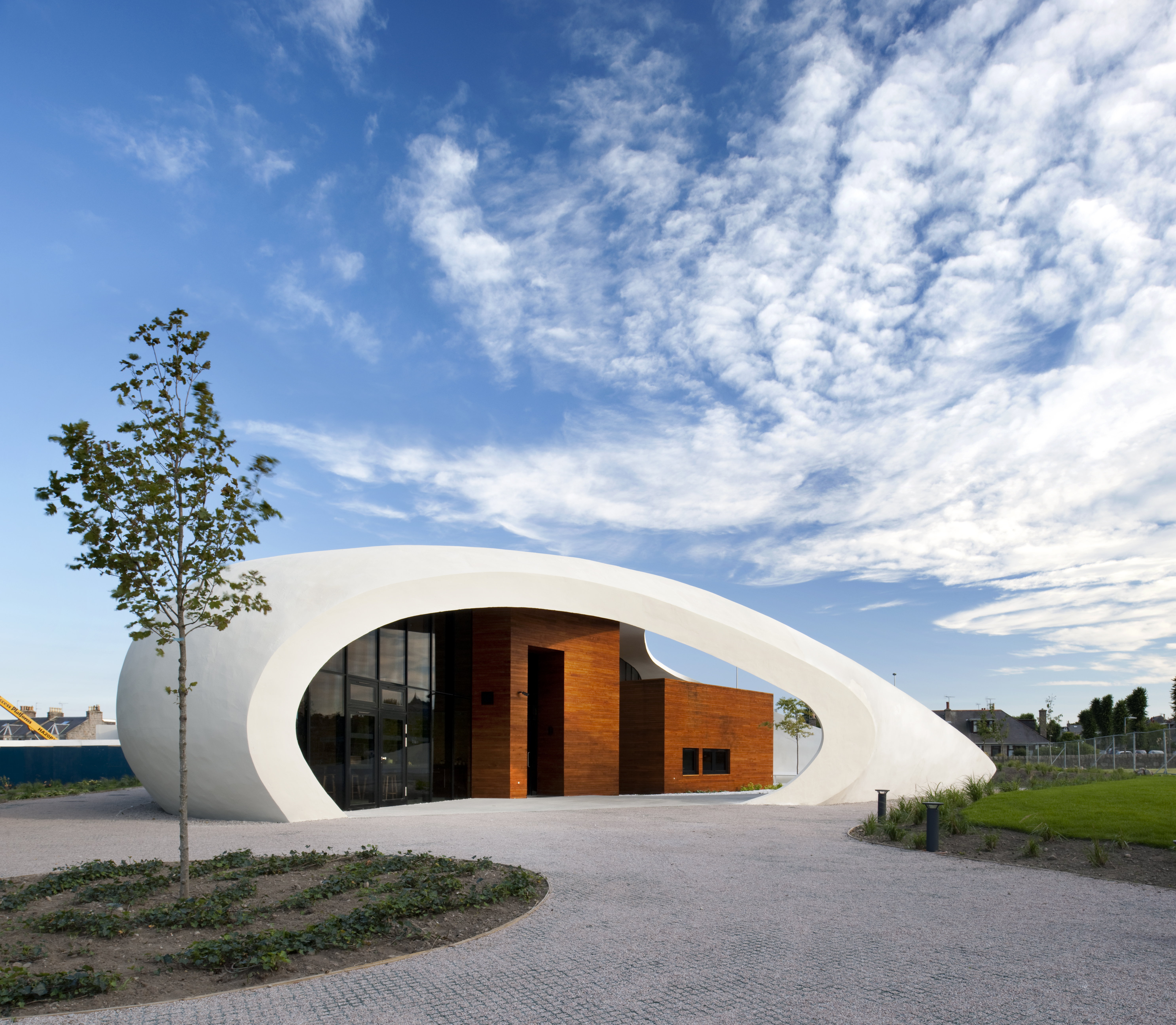 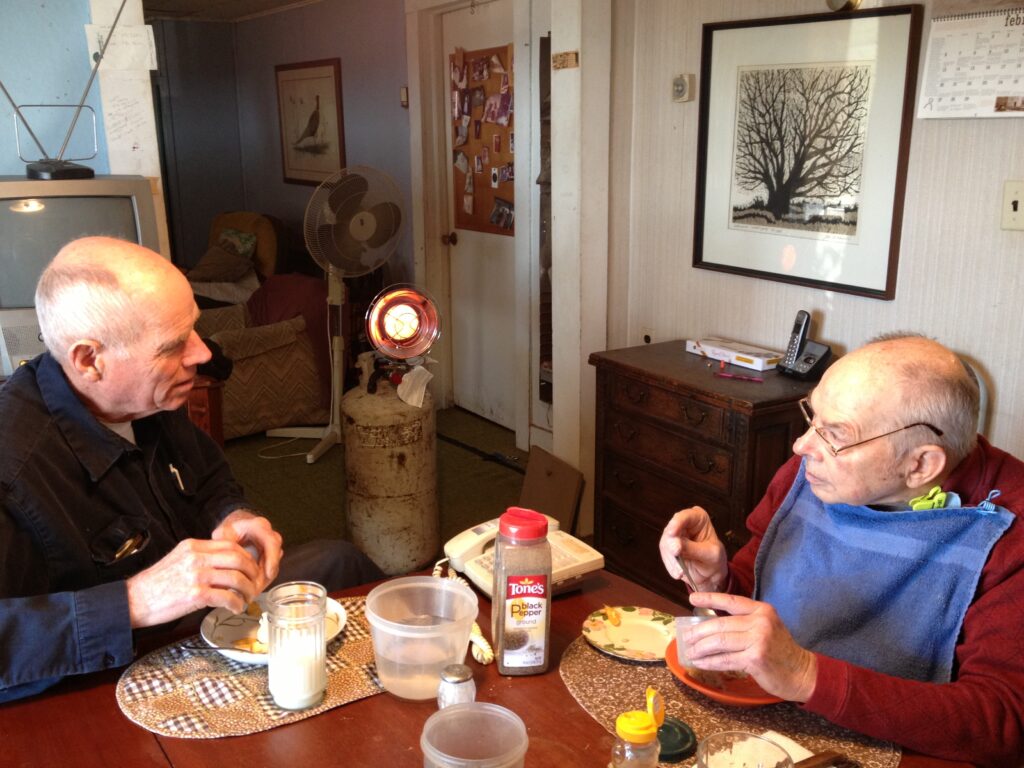 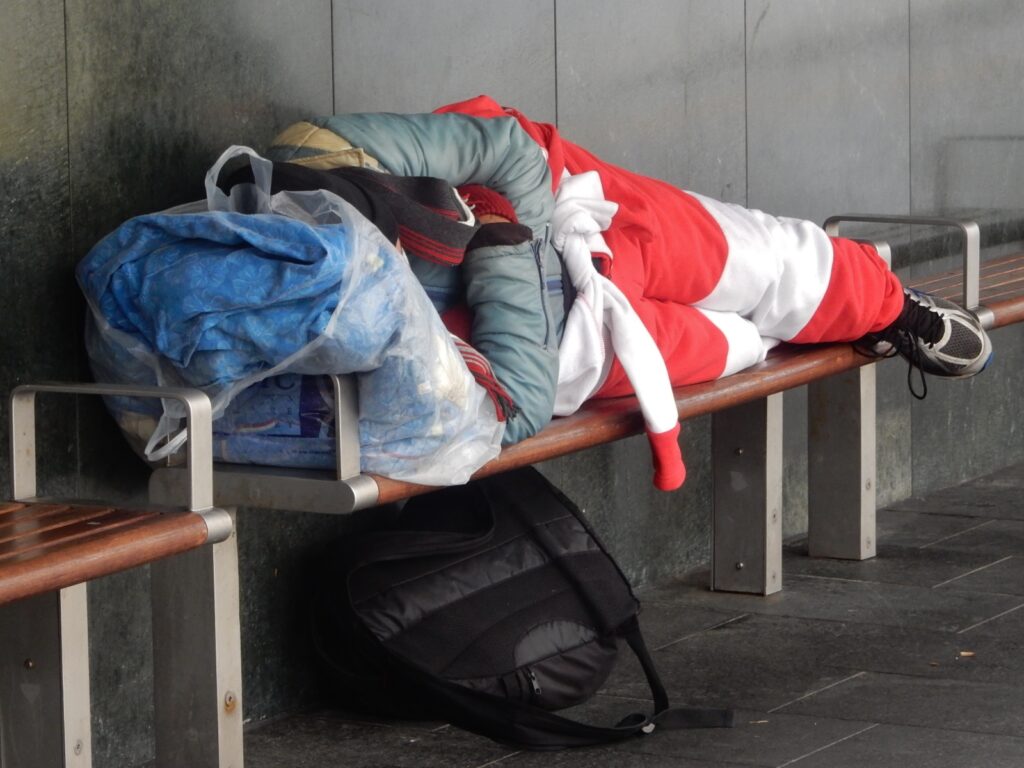