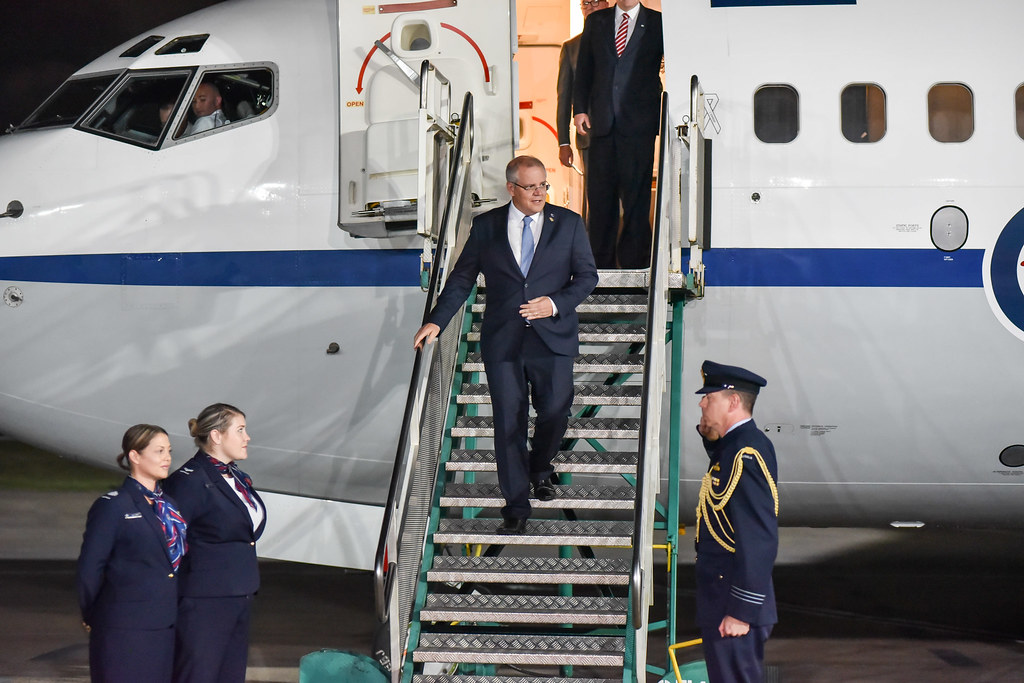 Australia is considered great, young democracy, but fluctuating public trust in government is an issue threatening to take the shine off its world-class status.

Australia is considered on the international stage to be a great, young democracy that punches well above its weight. Yet there are growing fracture lines suggesting Australia can’t rest on its democratic laurels. At US President Joe Biden’s online ‘Summit for Democracy’, Australian Prime Minister Scott Morrison will look to move on from recent diplomatic incidents and re-assert his country as a regional leader in democracy.

On many key measures, Australia is a world-class model of what democracies should aspire to be:  its citizens are free, its parliament is a strong custodian of democratic values, and it has a robust justice system supported by security services that rank among the nation’s most trusted institutions.

Australia has a world-ranked public service that is an impartial steward of the public interest and a government that up until recently was widely viewed as having successfully managed the pandemic, especially when compared to the USA, the United Kingdom and other European countries. Indeed, public trust in government almost doubled in a year, from a low point at 29 percent in 2019 to 54 percent in 2020.

The early groundswell of public support during the pandemic is partly explained by what is called the ‘rally-round-the-flag’ patriotic effect.

Prime Minister Scott Morrison’s approval rating soared on the back of effective handling of the initial threat of the pandemic, including judicious decision-making on early closure of international borders and atypical coordination of state and federal governments via the new National Cabinet.

These beliefs and practices are now increasingly threatened. There is mounting evidence of increasing integrity problems at the heart of Australia’s democracy, a disconnect between government and citizen, a weakening of the protective powers of democracy and erosion of public confidence in the capacity of government.

Australia is also reported to perform less well on measures for safeguarding democracy against authoritarianism such as civil society participation and the use of direct democratic arrangements. Although it should be noted that Australia has struggled far less than the USA, the United Kingdom and other European countries with issues of populism and ideological polarisation between left and right.

In the eyes of the US, Australia, as  the most mature democracy in the Asia-Pacific region, is well-regarded.  But the Democratic Audit of Australia, which reports early next year, identifies democratic risks emerging in two areas of concern at US President Joe Biden’s ‘Summit for Democracy’ — fighting corruption and promoting respect for human rights.

Australia is not free from corruption, maladministration and illegal parliamentary behaviour.  Rorting and misconduct from both sides of politics at the Commonwealth and state levels has demonstrated a lack of integrity in public office has become culturally embedded in democratic governance.

Public cynicism has been fuelled by habitual examples of poor parliamentary conduct and misogyny — not to mention allegations from the French President Emmanuel Macron, that Australian Prime Minister Scott Morrison lied to him over the scrapping of the A$90 billion (US$63.7 billion) submarine contract and broke the trust between the two countries. Morrison denies the allegation.

Although Australia’s elections are ‘free’ and independently administered by the Australian Electoral Commission, the Electoral Integrity Project found Australia’s claim to ‘fair’ elections undermined by: uncontrolled government advertising in the run-up to the 2019 election, problems with the  political funding and disclosure scheme, and growing concern about political donations made by parties with vested interests. These factors place governments at a significant advantage at election time.

Nor do all Australian citizens have their fundamental rights protected effectively through the rule of law: Australia was subject to a damning critique of its human rights record by the United Nations Human Rights Committee with regard to the rights of children, the treatment of refugees, domestic violence, transgender rights, the sterilisation of intellectually disabled women and girls, and the impact of anti-terrorism laws on civil liberties.

Surveys show strong Australian support for representative democracy, but with a focus on making the system of government more representative and responsive to the people it serves underpinned by a ‘cleaner’, ‘collaborative’ and ‘evidence based’ politics.

What do Australians think about their democracy?

Most dramatically, trust in people in government has declined 12 points in a matter of months, from 54 percent  to 42 percent. Two-thirds of Australians think that corruption is present in the wider society and economy, but short of a quarter think that public authorities are involved — the integrity problem is most closely associated with the behaviour of the political class.

Government and opposition in Australia have remained silent on questions of democratic renewal in response to these sources of democratic deficit. The government’s 2019 election promise to deliver a federal Independent Commission Against Corruption to tackle integrity problems remains in limbo.

Australia could reinvigorate its democracy by taking on reforms already growing in popularity. A majority (61 percent) of 1,511 Australians recently surveyed support a constitutional voice for Indigenous Australians.

There is also emphatic support for a document that sets out the rights and responsibilities of Australian citizens (83 percent, an increase from 66 percent in 2019).  Almost three quarters agree a Charter of Human Rights would “help people and communities to make sure the government does the right thing”, compared to 56 percent two years earlier. The biggest increases in support were from young Australians suggesting an intergenerational attitudinal shift that promises reform in the long-term.

Mark Evans is Director of the Democracy 2025 – strengthening democratic practice initiative at the Museum of Australian Democracy and Deputy Vice Chancellor of Research and Engagement at Charles Sturt University. Mark Evans declared no conflicts of interest in relation to this article.