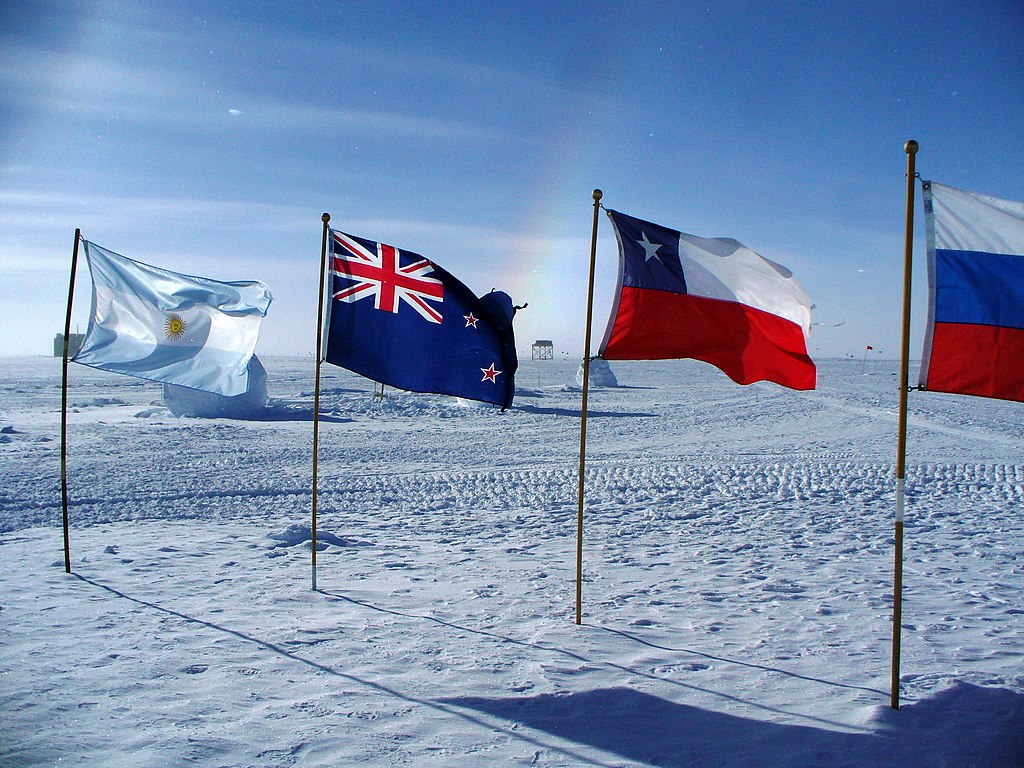 A group of scientists and other interested parties are asking: Should the Antarctic have its own rights?

COVID-19 has not only disrupted our individual lives. It has disrupted the global order, challenging our assumptions about how things work, and how they should work. Even with only small numbers of cases in Antarctica, COVID will change the way the frozen continent faces its future.

COVID has led to the functioning of global systems such as the World Health Organization to be scrutinised; unprecedented global collaborations have resulted in the extraordinarily rapid development of vaccines; global trade and travel mobilities have been severely curtailed; state restrictions on human movement have been severe and controversial.

The pandemic has given us insights into any number of globally connected endeavours. It provides an indicator of how other global stressors, such as climate change, might play out. And it allows us to re-examine Antarctica.

Antarctica is in itself a global imaginary, where short-term and long-term horizons co-exist, along with international cooperation and sovereign interests. It is a place where early signs of change can be detected and is therefore a useful predictor of change elsewhere.

Five cities: Cape Town, South Africa; Christchurch, New Zealand; Hobart, Australia; Punta Arenas, Chile and Ushuaia, Argentina are known as “the gateway cities” where Antarctic governance, logistics and science converge. But how they cope with COVID-19, recover economically and engage geopolitically in coming years is likely to significantly shape the governance of the Antarctic.

More pandemics, an escalating climate emergency and an increasingly fragmented geopolitical backdrop all lay the path for some troubling scenarios to play out.

In one scenario the gateway cities could become gatekeepers, operating in a world where issue-based alliances driven by narrowly defined national interests dominate geopolitics. States could take longer than anticipated to recover from the pandemic, their citizens unwilling to support ongoing costly scientific endeavours. Global norms and international legal bodies could cease to be effective, failing to reform or gain the support of major powers. The existing tension between China and the US could escalate, driving alliances of a military over scientific nature.

The gateway cities, distracted by their own national security issues and geopolitics, are unable to protect the Antarctic. In this world, Antarctica of 2035 could be beset by illegal mining, states could portray Antarctic stations as sovereign outposts. Antarctica of 2050 could be dominated by elite tourism and elite science. Geoengineering to stabilise ice sheets and iron seeding in the Southern ocean could be underway by private actors. Protesters could begin blocking visiting icebreakers, the Antarctic reduced to a loosely regulated “wilderness” park.

In an alternative scenario, the gateway cities work towards protecting global common interests over narrowly conceived national interests. Attention would be on the Antarctic due to increased access.

In this scenario, Antarctica of 2035 faces climate-change induced extreme weather and another pandemic hits. Science programs could continue to be disrupted, Antarctica effectively ‘closed’ until things return to ‘normal’. Gateway cities could work with the private sector to support National Antarctic Programs, the private actors growing their influence over time.

In the Antarctica of 2050 in this scenario, space exploration has trumped Antarctica as the place where states compete; the US, China and Russian satellite stations at the South Pole managed as an international station, a hub for global communication. Some Antarctic spaces effectively become privatised.

While extreme, these scenarios point to the need for a rethink of Antarctic governance. Doing nothing is not an option. There are forces at play right now that could either undermine or fundamentally change humans’ relationship with Antarctica.

Some rethinking has begun, though not within Antarctica’s formal governance mechanisms. It taps into a growing global zeitgeist that argues humans need to rebalance our relationship with nature.

Indigenous peoples in Canada, New Zealand and elsewhere are succeeding in getting legal personhood for sacred rivers; the Global Alliance for the Rights of Nature spearheaded the development of a Universal Declaration for the Rights of Mother Earth and continues to advocate for the rights of nature.

The latest move in this vein is the Declaration for the Rights of Antarctica. The aim of the Declaration is to “establish a new eco-centric vision to guide people’s interaction with – and responsibilities toward – Antarctica for centuries to come.”

Despite the Cold War period and subsequent geopolitical tensions, the Antarctic has remained a place of international cooperation and peace over the last 60 years.

But the Antarctic Treaty operates as a ‘closed shop’, governance agendas controlled by 29 states. The drafting of the Declaration for the Rights of Antarctica is a process open to all. It could be one way to help rebalance human interests in the region, and work outside geopolitical interests that risk irrevocably damaging the world’s last wilderness continent.

Dr.Yermakova works in political philosophy. She is interested in the governance of international spaces such as the Polar regions, the deep seabed, atmosphere, and outer space. Specifically, her research focuses on which institutions should govern these spaces and what makes these institutions legitimate.

Dr Germana Nicklin is a senior lecturer at Massey University, New Zealand’s Centre for Defence and Security Studies. Her research focuses on the effects of borders on humans’ interactions with different political environments, with a particular focus on the Antarctic.