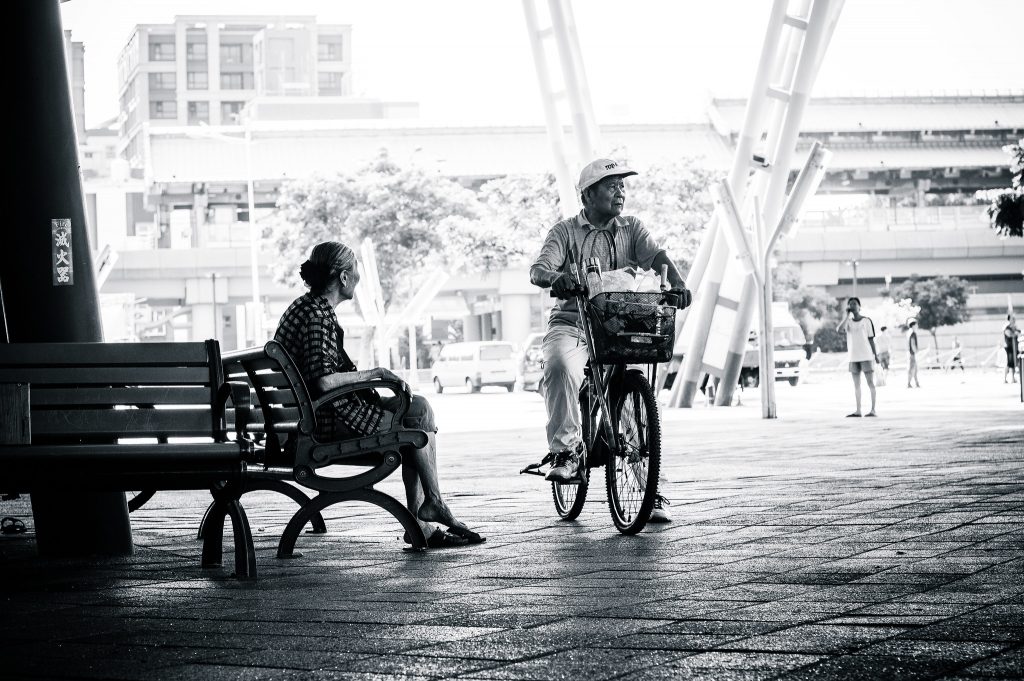 The people of Taiwan are living longer than they used to, and not because they’ve discovered the ideal diet. They are happier and more satisfied with their lives in general.

The elixir can be found in Taiwan’s quest to make its cities age-friendly, providing a physical and social environment for older people to thrive.

Taiwan’s capital Taipei, has been working within the World Health Organization’s Age-friendly Cities Framework since 2012.

That framework proposes eight interconnected domains covering the social and built environment in which people live and interact with their cities.

The WHO has identified community support and health services; outdoor spaces and buildings; transportation; housing; social participation; respect and social inclusion; civic participation and employment; and communication and information as the key areas to focus on to make cities fit for the elderly.

By taking older people into account in these domains,  policymakers can help them retain their way of life and social roles  longer, which in turn helps them  maintain dignity and self-respect.

And it appears to be working.

Taiwan’s increased life satisfaction is due to older citizens feeling part of a community that respects and believes in their contribution to society.

For the budget conscious, all this support for  the elderly to live “younger” isn’t all red ink – it  has improved government budget bottom lines. Healthier older people living independently for longer, reduces the cost of geriatric healthcare, for example.

The WHO determines a city’s age friendliness against  a long list of factors, including: being able to follow a routine such as a morning walk to buy the newspaper, shop for groceries, bake and cook at home, run errands, or take part in a community group where they can share their wisdom and act as a mentor.

It even provides a system of  telephone calls to keep in touch with older people and make sure they are OK.

All of this encourages socialisation, promotes mutual care and peer support.

The city has 325 places where older people can have a meal together. The DOSW auto credits 480 New Taiwan Dollars (about US$17.50) every month into the “Senior Easy Card” for public transport: enough to cover daily return trips for a month. Seniors service centres in 14 districts in Taipei provide educational and recreational programs, including welfare consultation, social activities and free courses.

The city’s housing policy also ensures older people are not isolated by bringing different generations together as part of a co-living scheme. The young and old can rent rooms and share a large common area 20 per cent cheaper than the market. This model not only provides city housing to older people, but fosters interaction and knowledge sharing between generations.

Despite the success of the policies, factors such as personal resources, health, finances and education still play a role and older women tend to fare better than older men.

The benefits of age-friendly cities don’t stop at maintaining citizens physically and mentally, they also provide opportunities to foster continual intellectual development, such as collaboration with universities to curate age-friendly educational programs for those who missed the opportunity earlier in life.

Geriatric clinics can factor in mental health checkups alongside the physical.

That way, age-friendly cities could become the lens for governments to view ageing populations as the asset they are, rather than an economic problem to be solved.

Siew-Imm Ng is an associate professor in the School of Business and Economics, University Putra Malaysia. Her background is in management, her research areas are consumer/tourist behaviour, values, well-being and successful ageing.

Xin-Jean Lim is a senior lecturer in Universiti Kebangsaan Malaysia. Her background is in marketing. Her research interests include consumer behaviour, social media marketing, technology management and customer relationship management.

Hui-Chuan Hsu is a professor in School of Public Health, Taipei Medical University, and the director of Research Center of Health Equity, College of Public Health, Taipei Medical University. Her background is in health policy and administration, and her research focuses on successful aging, active aging, and long-term care policy.

The authors decalred no conflicts of interest in relation to this article.