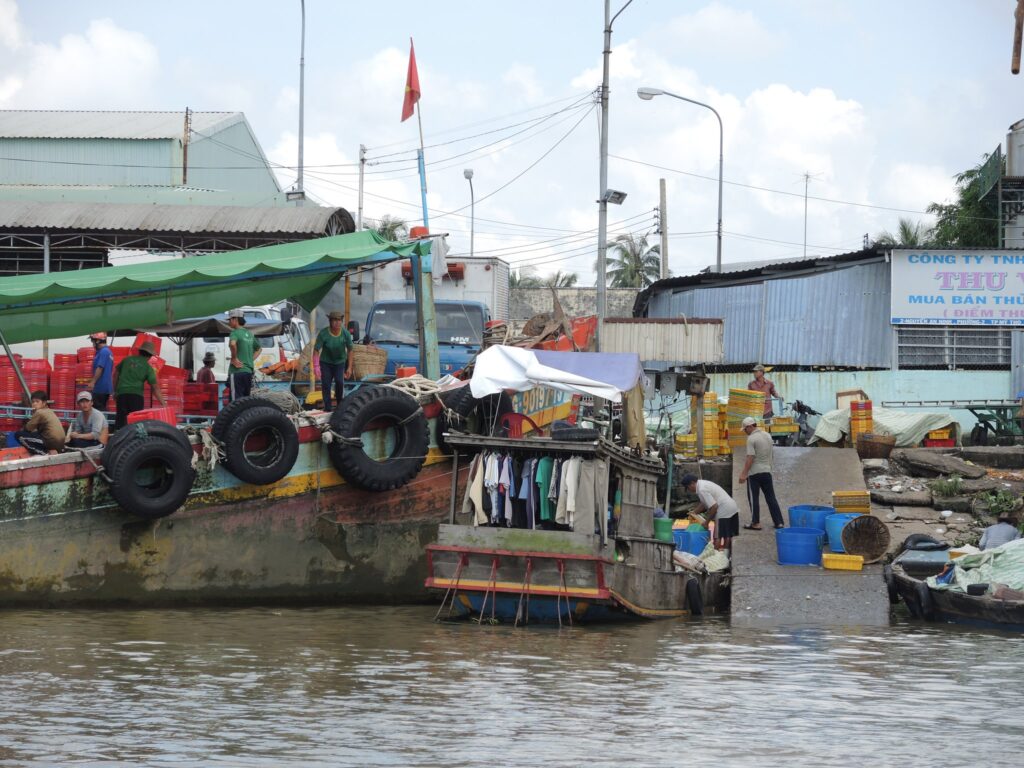 Countries along the Mekong River have become the world’s dumping ground for waste. Rubbish is finding its way into the water — killing marine animals and clogging up animals with plastic that are later eaten by humans. And it only got worse during the pandemic.

In April 2020, Bangkok’s daily average of 2,115 tonnes of single-use plastics waste per day grew to more than 3,400 tonnes a day. Lockdowns halted more than 80 percent of the recycling value chain in Southeast Asian countries such as the Philippines and Vietnam.

Even before pandemic-driven waste, only nine percent of all plastic packaging was recycled and about 12 percent is incinerated. The remaining 79 percent accumulates in landfills, dumps and the natural environment.

A lot of this waste, particularly plastic, finds its way into our oceans. As much as 13 million tonnes of plastic enters our oceans annually, according to a 2018 study by UN Environment.

Marine plastic pollution is a major transboundary problem, costing an estimated US$2.5 trillion per year. Some 267 species of marine animals — such as turtles, whales, fish and seabirds — have been adversely impacted by plastic debris through entanglement or ingestion, although this number will invariably increase as smaller species are studied.

Humans are also swallowing plastic when eating these animals, which contributes to health risks such as cancer and infertility. This debris is creating huge ocean patches and plastics are also washing onto shores. Around 80 percent of the waste is land-based and will have made its way to the ocean through rivers and other waterways.

By 2050, plastic will outweigh fish in the oceans if current trends persist according to calculations. Three of the worst six plastic polluting countries – China, Thailand, and Vietnam — have a presence in Mekong, and many Southeast Asian countries have become dumping grounds of the world’s plastic waste.

As highlighted by the Global Alliance for Incinerator Alternatives in 2019, waste across Southeast Asia is causing contaminated water, failed crops, and respiratory illnesses. Fish are ingesting plastic. Dead whales are turning up in Thailand and Indonesia with many kilograms of plastics in their stomachs.

The region’s transboundary governance of marine plastic pollution is not working.  There is no plastics treaty with binding targets and timelines at an international level. The fossil fuel and plastic industries have successfully pushed back against policies that would curb plastic consumption, such as plastic bags and import bans. Instead, these well-funded industries have invested in marketing strategies aimed at convincing consumers to take responsibility for their own waste.

Collective action from governing bodies in Southeast Asia remains limited. In January 2019, ASEAN countries agreed to combat marine debris and plastic pollution in the region with the Bangkok Declaration. Yet ASEAN itself acknowledges the challenges of addressing marine plastic pollution are tremendous and difficult to achieve, especially as its own geopolitical culture emphasises non-interference in the domestic affairs of individual countries and a non-confrontational approach to addressing transboundary environmental issues.

Asia takes on 75 percent of globally exported waste, often from wealthy countries without the processing capacity to do so domestically. For instance, the United Kingdom exports about 70 percent of its plastic. Since July 2017, when China began to ban imports of plastic waste, Southeast Asia has become a dumping ground for wealthier countries’ waste.

After China’s ban, the amount of plastic waste imported to countries like the Philippines, Malaysia, and Indonesia more than doubled.

As foreign waste built up and resentment grew among local populations, Southeast Asian governments started refusing to serve as the world’s dumpsite. Malaysia and the Philippines have already returned waste that had improper labelling to Spain and South Korea, respectively, and Malaysia, Thailand, and Vietnam have also restricted plastic waste imports, with a complete ban planned in the coming years.

However, changes that are required to drastically improve these countries’ plastic management have yet to occur. Single-use plastic consumption is still high in these countries. Comprehensive bans or taxes, such as on single-use bags, are few to non-existent. Voluntary measures have often been promoted, but are still showing limited effectiveness.

These countries’ waste management is also not up to global standards. Recycling rates throughout the world, but especially in Southeast Asia, remain low. In many places, there is no separation of household waste. Littering remains pervasive. At the household and community scales, inadequate infrastructure contributes significantly to the plastic pollution problem. Rubbish bins are often too small, uncovered and infrequently collected.

Many Southeast Asian dumpsites are unprepared to deal with the burgeoning volumes of plastic waste. Of Thailand’s 27.8 million tonnes of plastic waste in 2018, at least 27 percent was improperly disposed of, including via open dumping. Much of this plastic ends up in waterways, then flowing into oceans.

More than half of Indonesia’s landfills are open dumpsites, waste is piled improperly – increasing the risk of floods, fires, and trash avalanches. This has led to deaths in the Philippines, Indonesia, and India. Some waste is also illegally incinerated, releasing toxic gases that harm human health.

Thailand is a prominent example of a country where the increased waste imports have had significant impacts upon segments of the population, particularly low-income groups.

Overall, Thailand produced two million tonnes of plastic waste in 2018, but only one-quarter was recycled, mostly plastic bottles. The country, like others along the Mekong, has also struggled to expand its domestic capacity to keep pace with surging waste imports that China had previously absorbed.

Many of these recycling firms which processed the waste were discharging untreated wastewater to save money. This plastic waste processing has contributed to worsening wastewater in the past few years, affecting the livelihoods of aquaculture farmers in the southern peri-urban area of Bangkok, such as Bang Khun Thian and parts of Samut Prakarn. Disease outbreaks caused by wastewater intrusions have added another element of precarity to their livelihoods. And it is not only in Bangkok and Samut Prakarn where smallholder farmers are suffering from wastewater intrusion, but in other areas of the country as well.

If Southeast Asian countries no longer accept waste from high-income countries, where will the waste go? Only nine percent of plastic waste worldwide is recycled. Western countries have few easy solutions to deal with plastic waste, as it is often too costly for them to recycle it themselves. Unlike China, they cannot readily convert waste into new products. Given this lower demand plus the deleterious effects of waste recycling, it would be sensible for Southeast Asian countries to follow China’s lead and adopt an all-waste import ban, too.

Manufacturers could help by making products that can be better recycled. But some materials, such as plastic wrap film and composite materials, cannot be reprocessed easily. Reducing consumption of single-use plastic in Western countries would also assist the process.

Grassroots environmental collectives can also help to mitigate the transboundary spread of plastic litter. The Zero Waste Program, launched by Thailand’s Chulalongkorn University in 2016, taught students about reducing plastic consumption during their orientation week. Less than a year after the program’s launch, plastic bags consumed on campus had dropped by 90 percent.

Political will is generated by these sorts of success stories, which can be replicated across borders. Political will also helps mobilise community-based activities.

At the regional level, bodies such as ASEAN have an instrumental role to play in supporting civil society, plastic producers, retail businesses and governments across the region. With its non-interventionist political culture, ASEAN’s emphasis on protecting regional common goods through sustainable development strategies is not only palatable but appealing to member countries as it emphasises collective economic, health and social rewards while avoiding apportioning blame to individual governments.

In March 2019, ASEAN’s environment ministers took a positive first step to laying the groundwork for such transboundary cooperation by approving in principle the Bangkok Declaration. Considerable work remains to translate the framework into policies, but a region-wide consensus about the shared threat posed by marine plastic pollution is a good starting point.

Danny Marks is an assistant professor of environmental politics and policy in the School of Law and Government of Dublin City University. He has spent a number of years conducting research and working in Southeast Asia, particularly in the field of environmental governance. His research interests are political ecology, environmental justice, climate governance, and disaster risk reduction.

Danny declared no conflicts of interest in relation to this article.

Authors
Danny Marks
Danny Marks is an assistant professor of environmental politics and policy in the School of Law and Government of Dublin City University. He has spent a number of years conducting research and working in Southeast Asia, particularly in the field of environmental governance. His research interests are political ecology, environmental justice, climate governance, and disaster risk reduction. 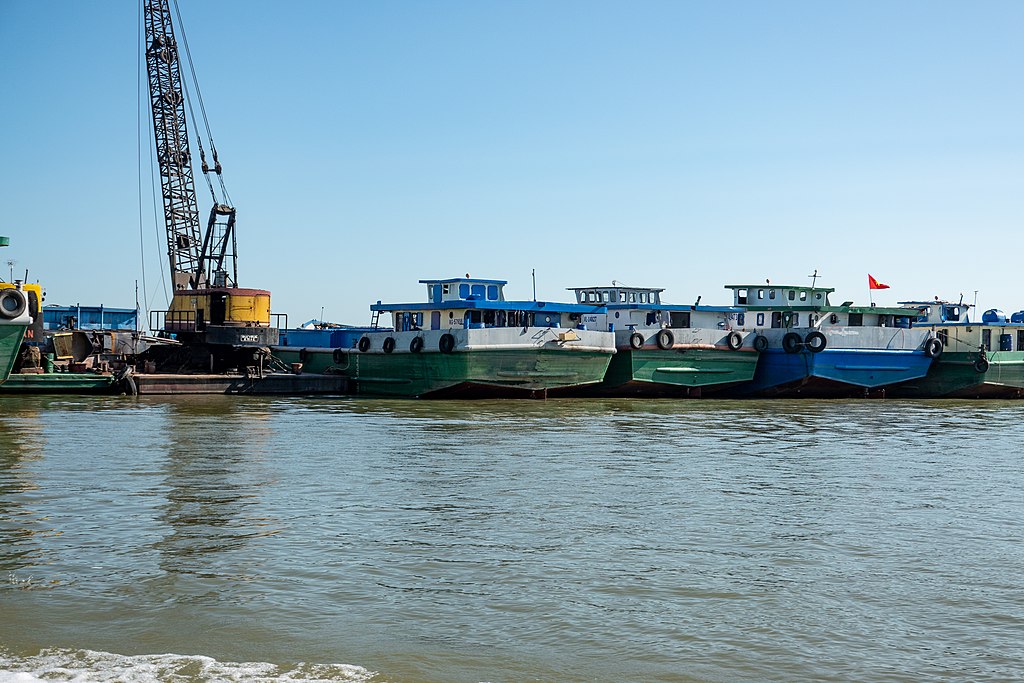 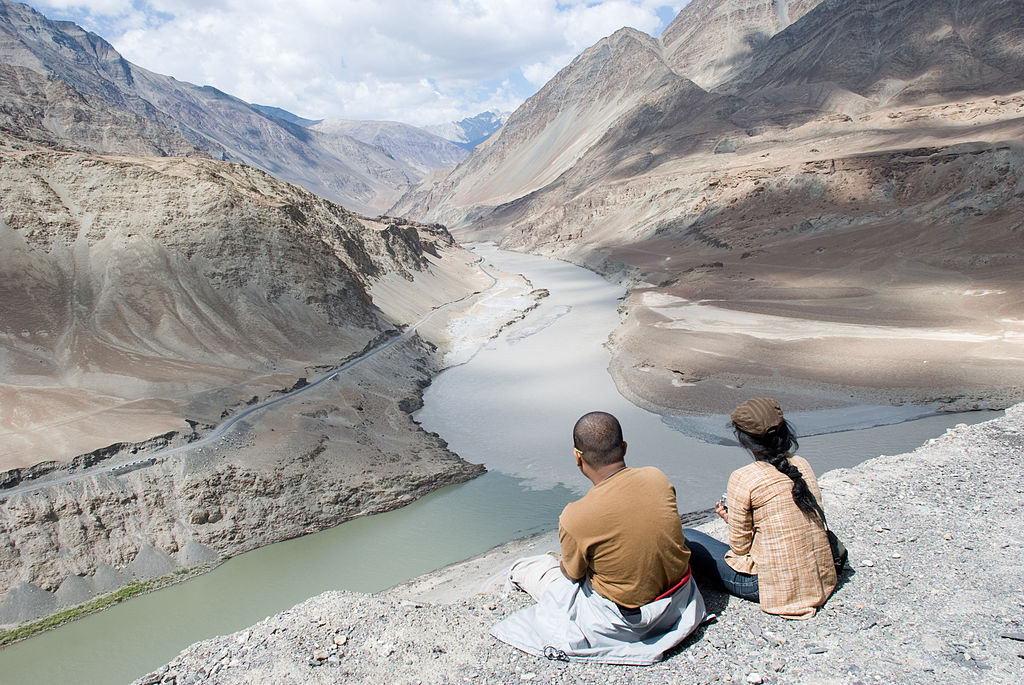 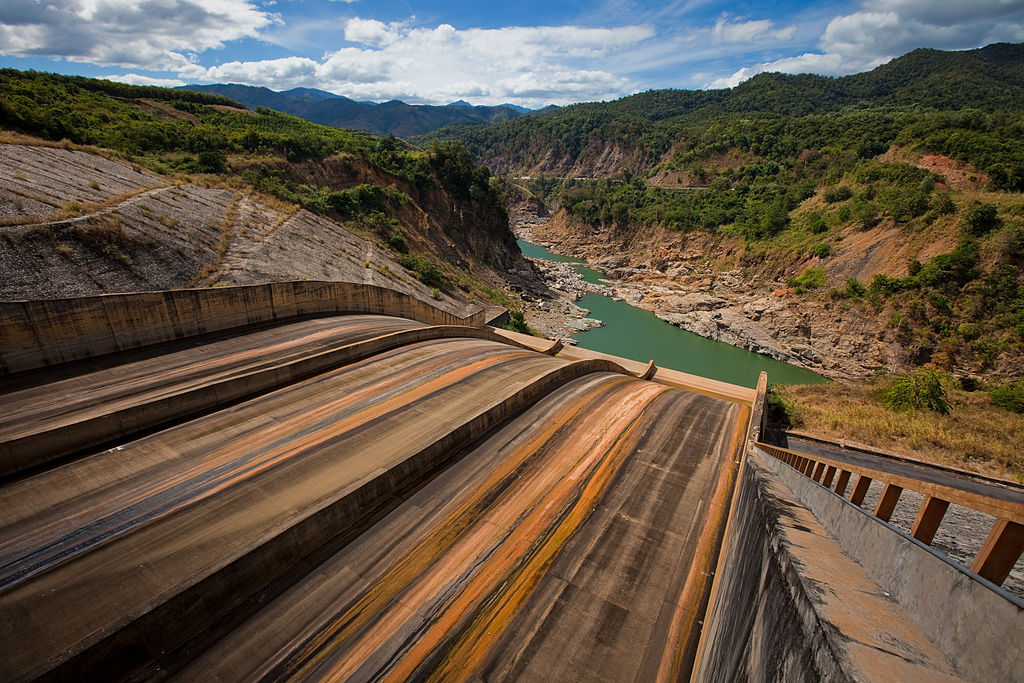