The new cultivators of non-violent protest 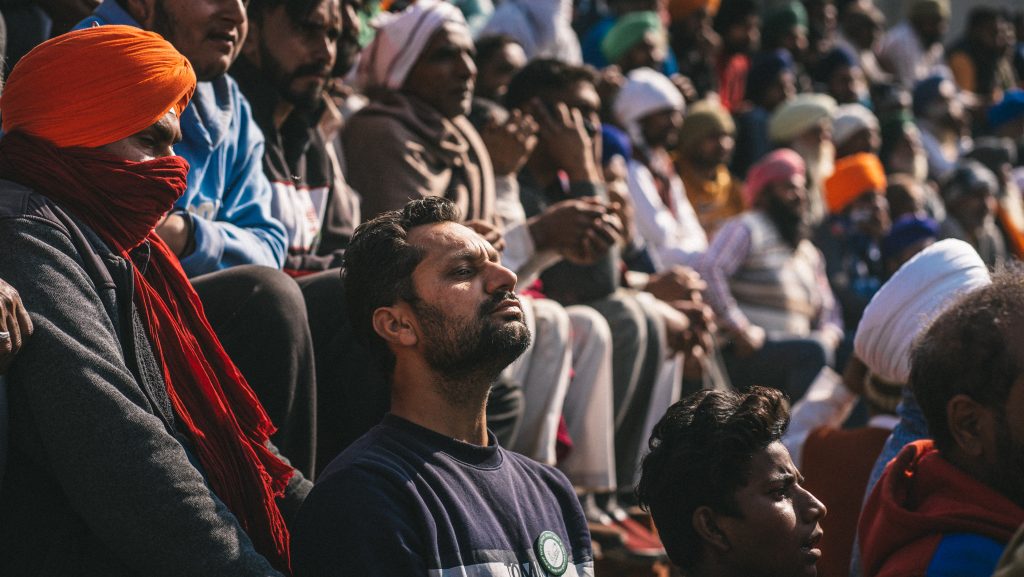 India’s democracy, experiencing dark times, saw a ray of hope in the Indian farmers’ movement. In a struggle akin to that of the nationalists against the British, the farmers won out. How they did it offers lessons for political parties and social movements alike.

The laws the farmers fought for would have integrated the Indian farmer with the larger market. Corporations backed it and many economists agreed. Farmers were enraged. They were quick to point out the significance of the local mandi (market) that could not be replaced with unregulated big companies. The farmers would be squeezed.

And so they created a coalition that transcended caste, class and religious difference. With clearly defined goals, an understanding of the enemy and a broad coalition, they followed in Gandhi’s footsteps to succeed with non-violent non-cooperation.

The farmers’ leader, Rakesh Singh Tikait, exuded early confidence. “The British used to hang us, this government only uses sticks and prisons,” he said. “It was therefore easier to handle the present dispensation. They will have to bend.”

The farm laws were neither debated in Parliament nor were they appropriately discussed within the Ministry of Agriculture and Farmer Welfare. And, there was no guarantee of a minimum support price at a time when Indian agriculture subsidies at US$11 billion (in 2019) were much lower than China’s (US$185 billion), the European Union’s (US$101.3 billion) or the United States’ (US$48.9 billion).

The movement succeeded even in comparison to the heyday of farmers’ agitations in the 1980s. This was no easy task. India has taken a competitive authoritarian turn – its government deploying its parliamentary majority to erode democratic institutions such as the Parliament, the Supreme Court and the bureaucracy, to make the system favour the incumbent.

Why did the farmers succeed, despite poor odds? First and foremost, they discovered their identity as farmers. This was different from identifying themselves as Hindus, Muslims and Sikhs. At a Kisan Mahapanchayat (farmers’ large gathering) in Muzaffarnagar after the ruling BJP’s loss in West Bengal elections in May 2020, Hindu and Muslim farmers came together to assert their unity.

Muslims organised 500 free community kitchens (langars). As a consequence, the general milieu favoring majoritarian Hindutva politics was challenged. In a separate incident in October 2021, Sikhs invited Muslims to offer prayers in their gurudwaras (temples). Religious harmony for saving the identity of the farmer was an important counter to the majoritarian Hindu nationalist narrative.

Second, even though the movement was led by affluent Jat (a farming caste that cuts across religious divides) Sikh farmers with powerful diasporic connections in Canada, the UK and the US, the movement involved smaller peasants and workers as well. The Farmer’s and Workers Struggle Committee (Kisan Mazdoor Sangharsh Samiti) representing Punjab’s landless laborers joined the movement.

Celebrities also weighed in. Barbadian pop singer Rihanna and climate activist Greta Thunberg unsettled the government with tweets to large audiences. The state tried but largely failed to take control of social media at a time when both the UK’s House of Commons and the US’s House of Representatives were averse to the Narendra Modi-led competitive authoritarian state. Third, the farmers organised themselves into the Samyukt Kisan Morcha (Unified Farmers Front) representing the farmers from the Green Revolution states – Punjab, Haryana and western Uttar Pradesh. These farmers went beyond Punjab and opened three fronts on the Delhi border – Singhu, Tikri and Ghazipur. These fronts sustained themselves despite efforts by the State to dislodge the movement.

When the State tried to use an incident at the Red Fort to bring disrepute to the farmers, an emotional clarion call by leader Rakesh Tikait brought farmers back. The Front decided not to be co-opted by political parties. When some leaders deviated from the path, they were suspended.

The Front, however, did not shy from sending farmers to West Bengal in April 2021 to create an environment against the BJP. The Front will continue to oppose the BJP in the forthcoming elections in Uttar Pradesh, Punjab and Uttarakhand. Finally, the government underestimated the adversary. It refused to enter into negotiations after January 2021. Efforts were made to provoke the farmers by framing them as anti-national. And, in a macabre incident, the son of a union minister was involved with a convoy of cars that mowed down four farmers as a provocation. A journalist covering the event was killed. None of these events reduced the resolve of the Front.

Likely weighing the political costs to the government emanating in the forthcoming elections, Indian Prime Minister Narendra Modi capitulated, and the by then (in)famous farm laws were repealed on November 19, 2021.

Political parties and afflicted citizen groups such as minority communities and workers can learn from this movement. Political and social action needs a clear basis that unites citizens for strengthening democracy. Second, such movements should use India’s indigenous resources to engender social cohesion and inclusion. Finally, these movements must remain non-violent despite provocation. Movements following this path can bring India back on the path of democratic consolidation.

India’s democracy is precious for India, South Asia and the world.