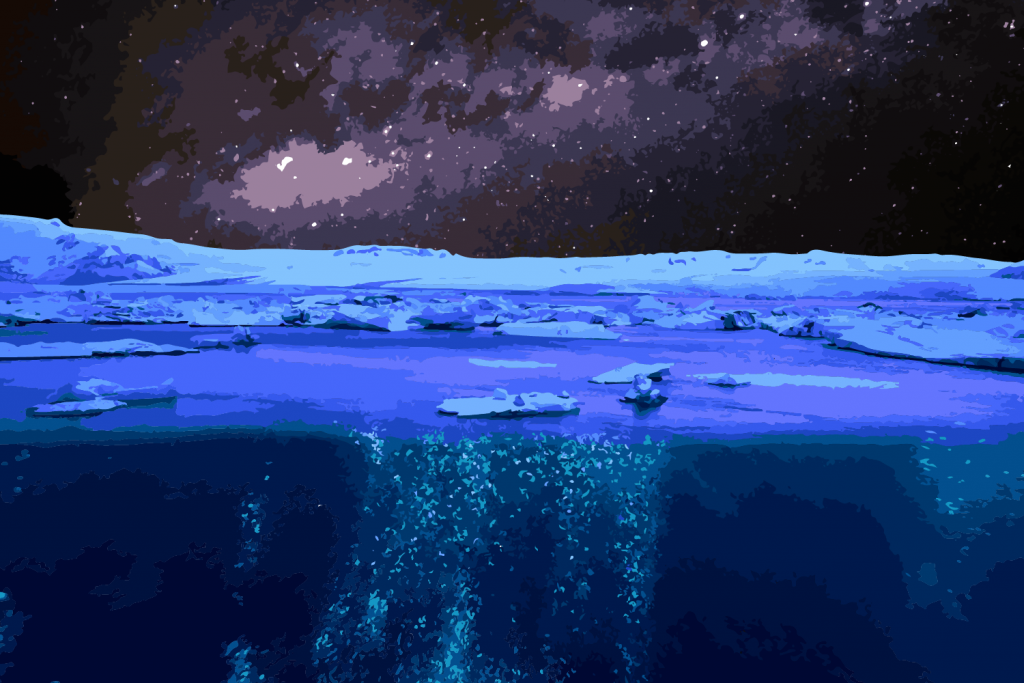 Human ingenuity has allowed us to begin venturing into areas once only conceivable in the realm of science fiction, with the bounties of space, the deep sea and the polar regions now firmly in our sights. However, global discussion on how we proceed in these largely unknown settings is nowhere near a consensus.

The rapid development of technology has now allowed plans to explore and harness the fruits of these ‘final frontiers’, both exciting and alarming the scientific community in equal measure.

They’re vast unknowns with the promise of uncovering knowledge and valuable resources, including the potential to crack the case on global issues like climate change and food insecurity. But plans to proceed must be tempered by caution as those seeking riches cannot forge heedlessly ahead in places we are yet to fully understand.

Ownership, access and control are already being tested. And in the absence of cohesive global regulation, it may prove to be more burden than boon.

The ocean covers more than 70 percent of our planet, produces half of the world’s oxygen, regulates our climate, weather and supports all living organisms, but the deep-sea is one of the least explored areas of our globe.

Deep sea mining is a relatively new field and the complete consequences of full-scale mining operations are still unknown.

The International Seabed Authority, the global regulator established through the 1982 United Nations Convention on the Law of the Sea, is under pressure to finalise regulations regarding the commercialisation of deep sea mining by 2023.

There are roughly 27,000 chunks of space debris larger than 10 centimetres that can cause damage to orbiting satellites.

The Antarctic Treaty, first signed in 1959, but now with 52 signatories, specifically prohibits military and nuclear testing activities in the Antarctic and guarantees continued freedom to conduct scientific research.

Mining in Antarctica is banned indefinitely by the Protocol on Environmental Protection (the Madrid Protocol), an agreement that came into force in January 1998. There is a provision for this to be revisitied periodically, but it would require the unanimous agreement of all signatories.

“When discussing how to manage seabed minerals, we need to consider the social implications of seabed mining, including on fish-dependent communities.”

“Some [climate interventions] are are dangerous, some benign, and some might actually work in the way intended.”

“The absence of appropriate guidelines and regulations for new proposed activities in space would heighten the risk of irresponsible behaviour in space, which could lead to irreversible adverse consequences for all of humanity.”

“Various industries will look to transfer their technologies to orbit to exploit the advantages of zero gravity, from 3D-printing biological tissues and organs to growing protein crystals for pharmaceuticals.”

“More pandemics, an escalating climate emergency and an increasingly fragmented geopolitical backdrop all lay the path for some troubling scenarios to play out in the Antarctic.”

TEXT: Deep ocean carbon drawdown not an easy climate fix
By Phil Williamson, University of East Anglia
The deep ocean can be used for carbon dioxide removal from our atmosphere. Here are the opportunities, risks and constraints

TEXT: Diving into the abyss for new medicines
By Marcel Jaspars, University of Aberdeen
The potential for new pharmaceutical lies in the ocean, but its biodiversity is unprotected and under threat.

TEXT: The problems with space mining no one is talking about
By Andrew S. Rivkin, Johns Hopkins University
Asteroid mining could unlock untold riches and thorny ethical problems. Are we ready as we race to the launch pad?

TEXT: Small satellites take to the skies
By Igor Lenchenko, Nanyang Technological University, and Kateryna Bazaka, Australian National University
Processions of small satellites obscuring the sky have provoked the ire of astronomers, but their potential for humanity is enormous.

TEXT: Space junk: what is being done?
By Alice Gorman, Flinders University
23,000 pieces of ‘space junk’ float in orbit, and almost as many ideas for how to get rid of them are being floated on Earth.

TEXT: Governing space for the benefit of humanity
By Steven Freeland, University of Western Sydney, Bond University
Where space begins is more than billionaires brawling over bragging rights. It will have ramifications for governments, economies and humanity.

TEXT: Antarctica’s possible new world order
By Yelena Yermakova, University of Oslo and Germana Nicklin, Massey University
A group of scientists and other interested parties are asking: Should the Antarctic have its own rights?

TEXT: Conditions ripe for Polar Silk Road
By Henry P. Huntington, Ocean Conservancy and others
Distant, uninhabited and irrelevant: the Arctic is none of these things. And the effects of climate change on the Arctic will be felt by the world.