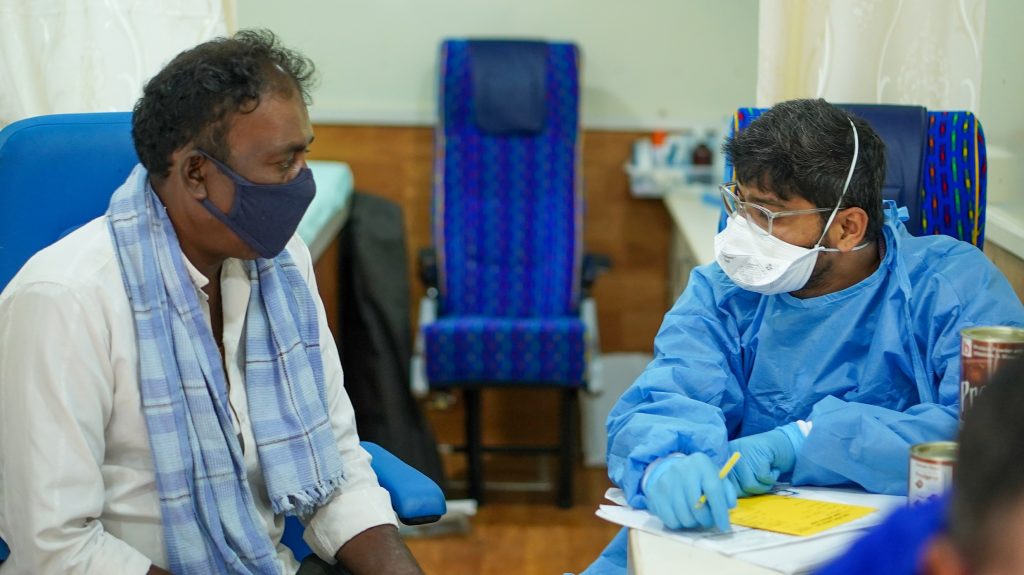 India found itself in an advantageous position to react to the regional need for vaccines, but it used the opportunity to advance its diplomatic interests.

India has been lauded for mitigating the COVID-19 outbreak by ramping up the production and distribution of vaccines. Some richer countries did the opposite by hoarding or stockpiling jabs.

But New Delhi’s efforts have advanced the country’s diplomatic and commercial interests at the expense of global health priorities.

When the pandemic hit, India found itself in an advantageous position to react to the regional need for vaccines, thanks to its large pharmaceutical manufacturing capabilities.

New Delhi embarked on an ambitious vaccine diplomacy initiative (Vaccine Maitri) through which 66 million vaccines were donated or sold to 95 countries. Both Covishield and Covaxin, vaccines produced by the Serum Institute (SII) and Bharat Biotech, were sent to India’s neighbours and further afield to countries in Africa and the Caribbean.

However, India’s vaccine diplomacy could have reaped greater dividends in vaccine equity, particularly to provide reliable access to vaccines for developing countries, had it used the opportunity to do so.

Instead, it allowed foreign policy considerations to impact decisions.

Vaccines became a source of competition in a crowded geopolitical context in South Asia. Countering China’s influence was a priority, among others.

China was also among the first to engage in vaccine diplomacy, particularly for developing countries.

Their head start on developing vaccines and the rapid distribution possibly spurred Indian efforts, and New Delhi stepped into this context with a more viable vaccine that it could ship with relative ease.

India was a vaccine juggernaut even before the pandemic.

Two-thirds of the world’s children are protected by India’s famed SII vaccines, as it produces 60 percent of global vaccines for diseases like measles, tetanus, diphtheria and hepatitis.

The coronavirus gave the industry a new mission — to produce COVID-19 vaccines, including Covishield, the brand name for the locally produced AstraZeneca jab.

Vaccines also gave the Indian government a way to exercise its capability as a crisis-responder in South Asia and provide immediate solutions to problems, like COVID-19.

However, vaccine exports were contingent on having enough domestic stock to immunise Indian citizens.It also created pressure to balance competing needs – including the stockpiling of vaccines for India should third waves and fourth waves hit.

In late 2020, SII was enlisted by COVAX, the multilateral vaccine facility created by Global Alliance for Vaccines and Immunization (GAVI) and the Gates Foundation, to get low-and-middle-income countries vaccinated. COVAX’s mission was to deliver fair and equitable access to safe COVID-19 vaccines, particularly to developing countries that could not buy them on the open market. Covishield became the backbone of the COVAX vaccine-sharing program given the difficulty of procuring Moderna/Pfizer vaccines for developing countries.

SII, which receives financial support from the Gates Foundation, pledged to manufacture and deliver 200 million Covishield doses to 64 lower-income COVAX economies alongside its commitments to the Indian government. Of the 200 million, 110 million doses were set to be delivered between February and May 2021 to COVAX.

But only 30 million Covishield doses were delivered to COVAX for distribution due to increased domestic need during the second COVID-19 wave.

By mid-April 2021, the Indian government committed to only 20 million Covishield doses through COVAX, while exporting nearly 47 million doses bilaterally. Two factors intervened — first, the second wave placed a huge demand on domestic vaccinations and it became impossible to supply the amount COVAX required given constraints imposed by the government.

And second, SII gave half of its Covishield stock to the Indian government, which shipped them abroad as donations and exports.

Nearly half of India’s vaccine exports were commercial deals, some made with diplomatic objectives in mind, particularly in Nepal and Sri Lanka. Official government figures show that commercial deals have since grown to more than 50 percent.

COVAX appears to have been undermined as recipient countries felt it had to  procure doses quicker through bilateral agreements due to delays and competing pressures of multilateral facilities.

The initiative’s efficacy and success fundamentally hinged on vaccine producing countries like India sublimating their domestic interests to that of global health needs.

COVAX’s reliance on SII’s Covishield relative to other vaccines, which made the abrupt drop in supply devastating.

India’s importance to COVAX was not just as a vaccine supplier but also as a force that would prioritise vaccine equity through a global collective just when the United States and European nations were investing in national efforts to produce and hoard vaccines.

India could have concurrently prioritised delivering vaccines to COVAX alongside its vaccine diplomacy before the second COVID-19 wave hit given rising vaccine nationalism globally.

For poorer countries, lack of access to vaccines and a lack of means to procure them was a big constraint and remains so today.

Vaccines have been a lifeline during the pandemic and had India focused more on COVAX before the second wave struck, it would have given these countries additional life-saving vaccines and made nations less reliant on the market.

Karthik Nachiappan is a Research Fellow at the Institute of South Asian Studies at the National University of Singapore. He is the author of Does India Negotiate? (Oxford University Press, 2020). The author decalred no conflicts of interest in relation to this article.