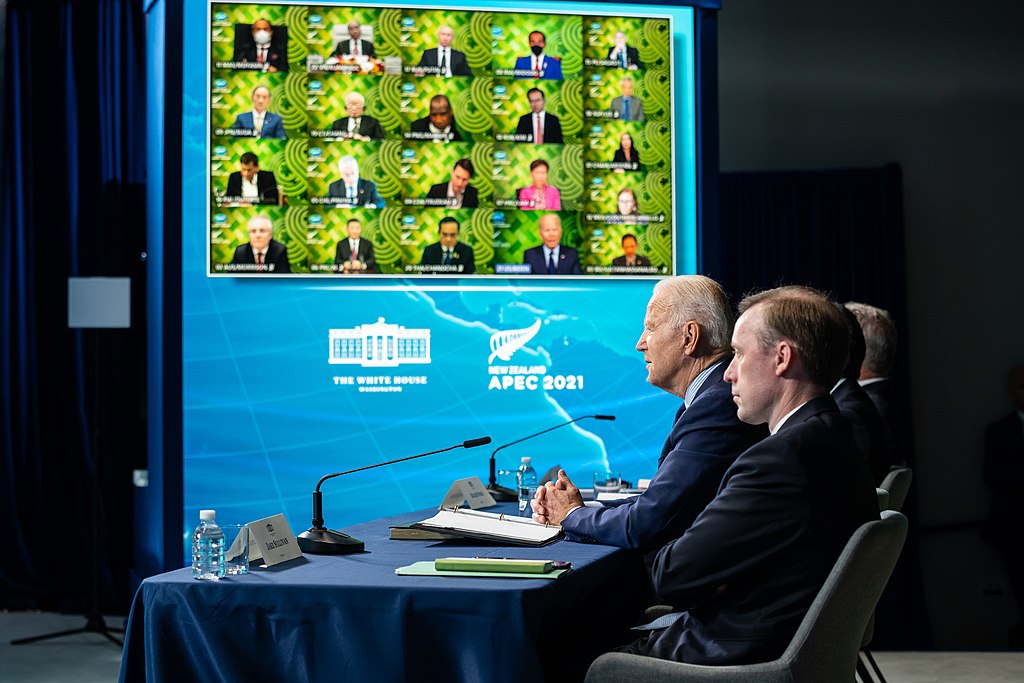 The United States, pictured speaking with Pacific leaders at APEC 2021, are one of the key external actors shaping geopolitical change. : The White House, Wikimedia Commons CC BY 4.0

Amid global political turbulence, the Pacific is a region whose influence is sought by the world’s powers. Regional coordination is as important as ever.

Regional security in the Pacific Islands is in flux, with change fuelled by a trio of dominant drivers. As global economic powerhouses China and the US renew their interest in the region, monitoring the important drivers offers key insights into the future of the Pacific.

The first driver involves rethinking how security is defined. Pacific Islands Forum (PIF) leaders committed in 2018 to cooperate more on regional security in the Boe Declaration on Regional Security. The Declaration defines security broadly, covering human security, environmental and resource security, transnational crime, and cyber security. But the breadth of issues that fall within this definition of security makes it difficult to translate into concrete policy. Underpinning it all is climate change, “the single greatest threat … to the peoples of the Pacific”.

PIF officials are grappling with the question of how human rights, health, and prosperity can fit into existing regional security efforts; whether connections can (or should) be drawn between issues that would typically be classified as relating to ‘security’ or ‘development’; and what this means in practical terms for efforts to advance security in the region.

To gauge how Pacific states approach regional security and prioritise their interests, the national strategies that they committed to develop in the Boe Declaration are a helpful starting point.

The strategies adopted so far broadly align with the Boe Declaration, but expand on regional priorities. Solomon Islands’ national security approach identifies the implementation of the Boe Declaration as a ‘strategic action’, which will include developing a national maritime strategy and coast guard capabilities.

To help implement the Boe Declaration, PIF leaders are expected to endorse the 2050 Strategy for the Blue Pacific at the July 2022 meeting. The strategy is anticipated to recommend the region’s security arrangements are made more responsive and collaborative. The challenge will be ensuring that putting into place the 2050 Strategy does not overshadow and undermine the Boe Declaration and the action plan intended to guide its implementation.

The second driver of change is the increasingly disruptive – but also galvanising – nature of geopolitical contest, particularly between China on the one hand, and the US, Australia, New Zealand and their partners on the other.

While Pacific states are increasingly frustrated by their partners’ preoccupation with strategic competition in the region, they cannot insulate themselves from it entirely.

Micronesian member states’ threat to withdraw from the PIF in 2021 suggested that the long-standing faultlines between states that recognise China or Taiwan might fracture regional solidarity, given that most Micronesian states recognise Taiwan, whereas other parts of the Pacific are less aligned with Taipei.

But the reunification of the PIF in early June 2022 signalled that Pacific leaders continue to value regionalism. The value that the Pacific places on regional solidarity was further shown by the collective response of Pacific leaders, who called for more time to consider and discuss between themselves China’s proposed region-wide economic and security agreement.

The third driver of change is the growing need for a mechanism that allows Pacific states and partners to discuss security issues and develop measures to respond.

Partner states have increased their engagement in the region. For example, the Indo-Pacific Partnership for Maritime Domain Awareness was launched at the QUAD meeting of the US, Japan, Australia and India in May 2022. The Partners in the Blue Pacific announced in June 2022 comprising the US, Australia, New Zealand, Japan and the UK, seeks to create an informal mechanism to coordinate between partners and Pacific states.

While the initiative says that it will “further elevate Pacific regionalism” with a “strong and united Pacific Islands Forum at its centre”, it is unclear how coordination will fit with existing arrangements in the region. Nor is it clear that factors that inhibited earlier efforts to coordinate have been adequately addressed.

This suggests a clear need for a distinct mechanism created and controlled by Pacific states that can facilitate discussion between them and their partners on security issues, and develop measures to respond.

Since 2019, a subcommittee within PIF has met regularly to discuss security issues and monitor initiatives being taken to address them. The subcommittee has primarily operated as an information-sharing forum, but PIF officials hope that its capacity to coordinate and enable security cooperation will develop. However, many regional bodies remain outside the subcommittee, as do other partners (beyond Australia and New Zealand, which are Forum members).

This suggests that the Pacific may need an institutionalised mechanism, akin to the ASEAN Regional Forum, for Pacific states to collectively negotiate with partners on security issues and develop cooperative responses. As Marshallese ambassador to the US Gerald Zackios recently noted: “we lack a fully effective platform to address intense geopolitical security risks.”The Post-PIF Partner Dialogue facilitates discussion and engagement between partners and PIF members, but does not have the same expansive mandate as the ASEAN Regional Forum. PIF leaders have decided to postpone the Dialogue this year. This presents an opportunity to reconsider how dialogue partners engage with PIF leaders on security issues.

Either the PIF subcommittee could be expanded, or the PIF could create a forum like the ASEAN Regional Forum to provide opportunities for Pacific states to collectively engage with partners on security matters. With geopolitical competition escalating and therefore partner interest in the Pacific likely to continue, the July PIF leaders meeting provides an opportunity for Pacific leaders to debate their options.

Anna Powles is a senior lecturer in the Centre for Defence and Security Studies at Massey University.

Joanne Wallis is Professor of International Security in the Department of Politics and International Relations at the University of Adelaide. 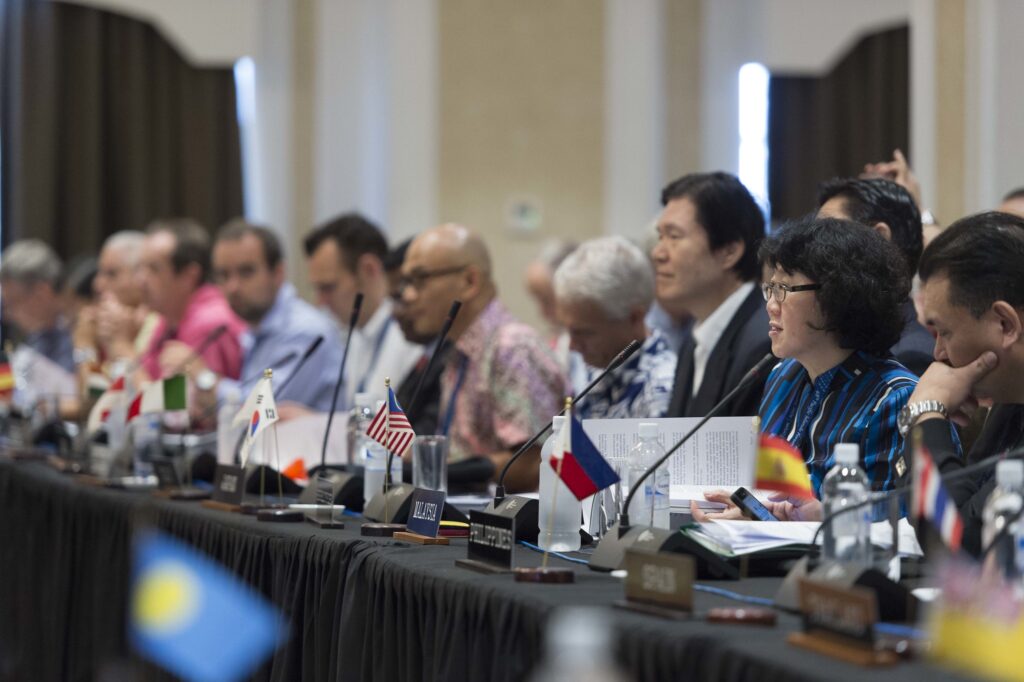 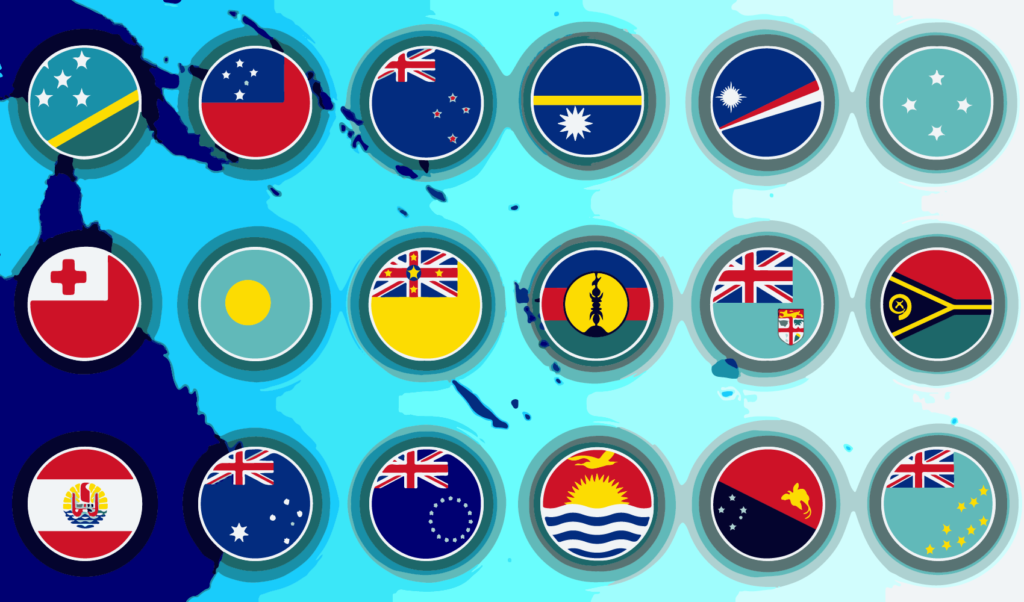 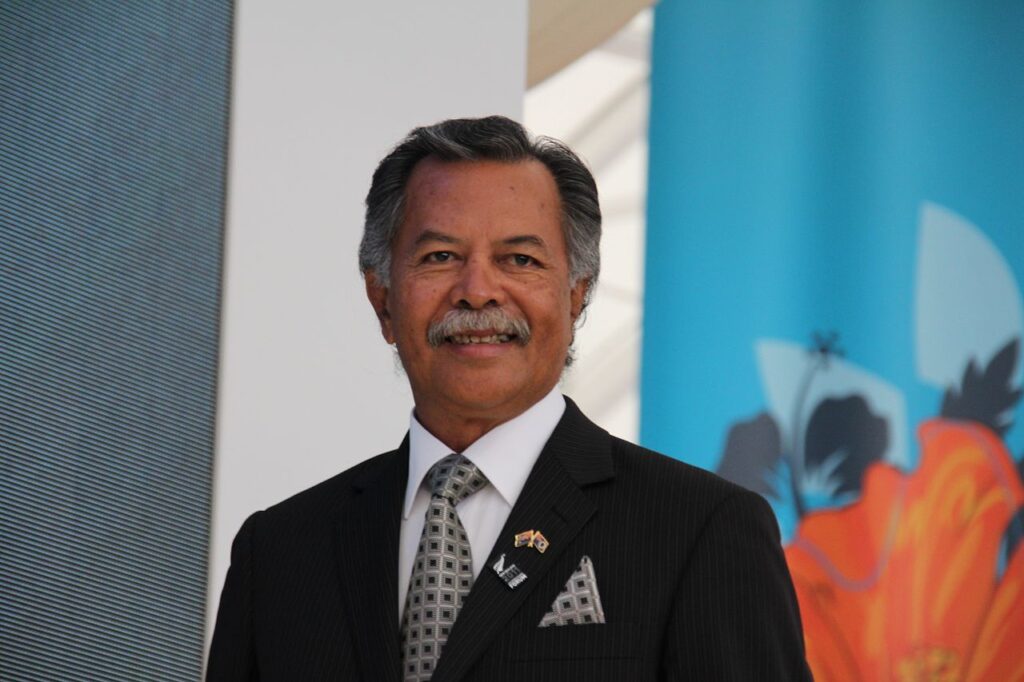 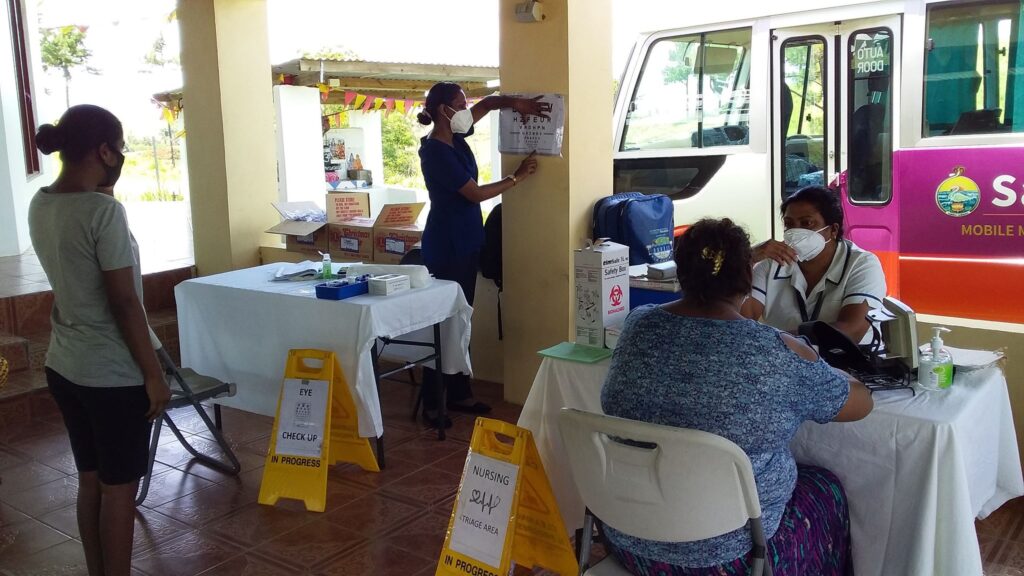 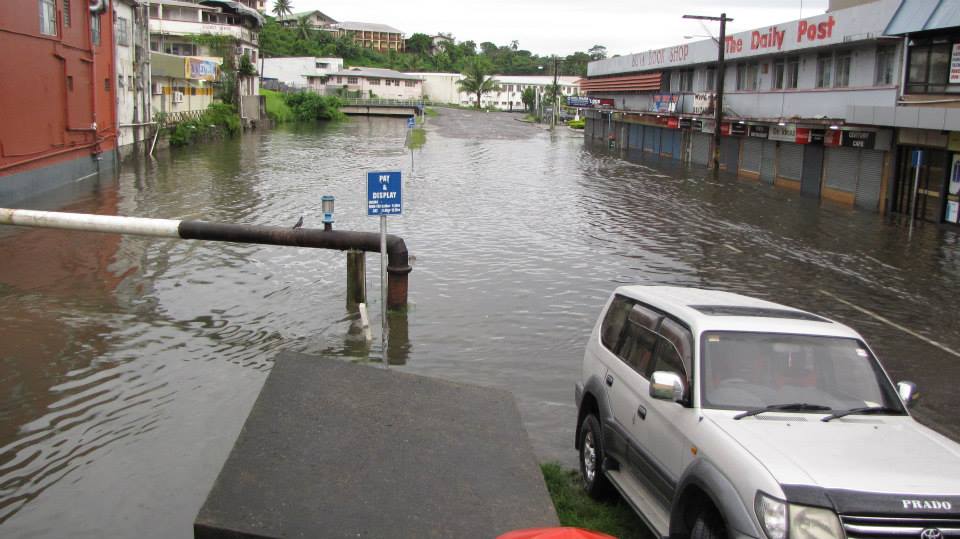 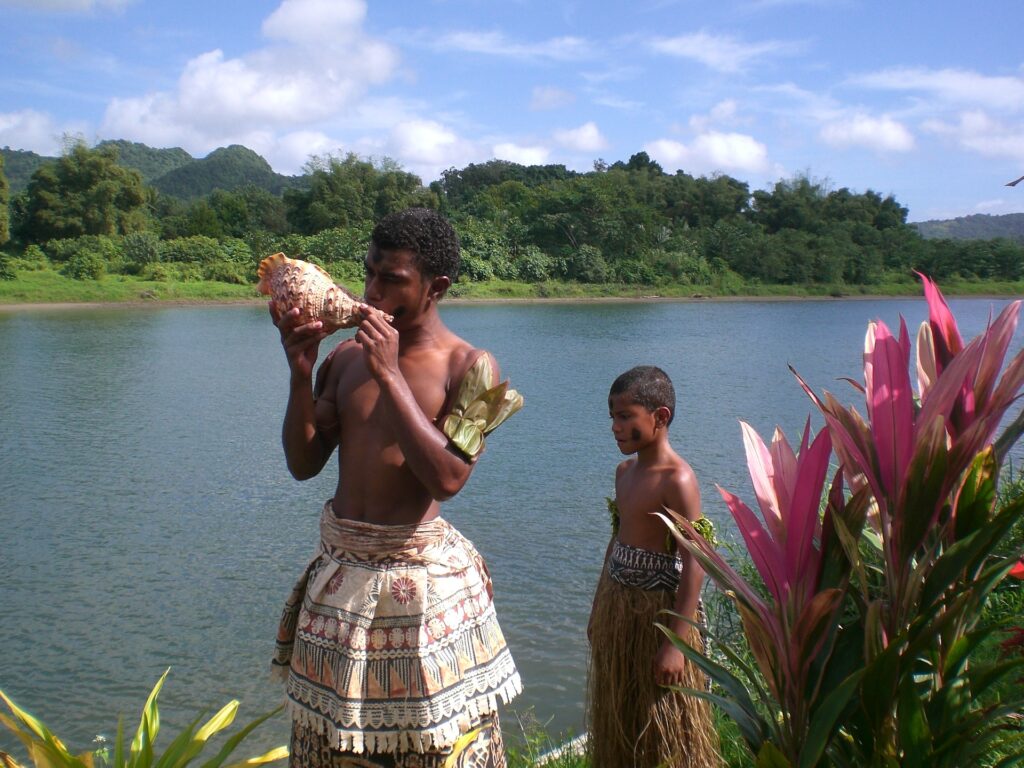 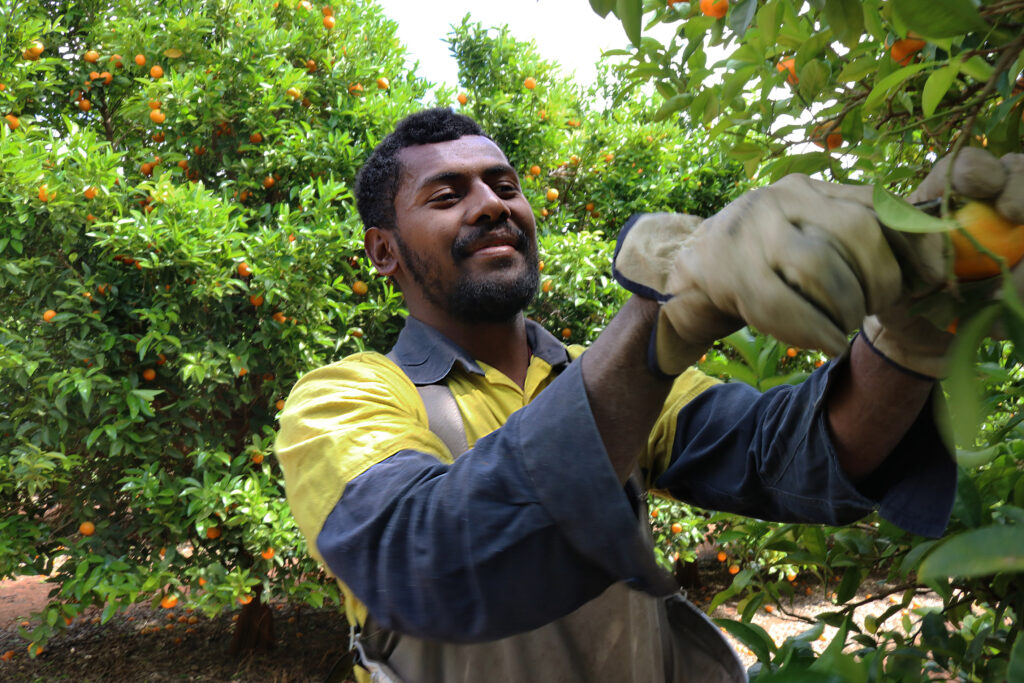