Diving into the abyss for new medicines 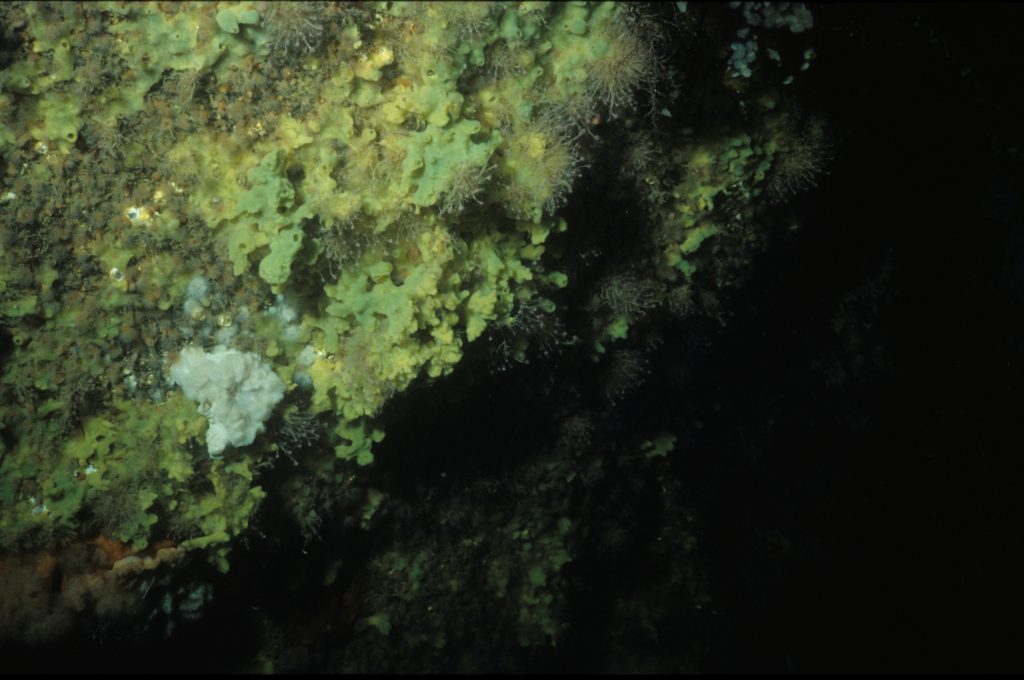 The potential for new pharmaceutical lies in the ocean, but its biodiversity is unprotected and under threat.

By Marcel Jaspars, University of Aberdeen

The deep ocean can be a source of new medicines for human diseases, but its biodiversity is unprotected and under threat. An upcoming United Nations conference is hoping to address this, but the process has been years in the making.

Life in the deep ocean is different. Compared to terrestrial organisms, deep sea organisms must cope with high pressure, no light, low oxygen, low temperatures and little food, yet somehow an abundance of species continue to thrive. They have evolved to invade every possible deep sea habitat from cold seeps to coral mounds and thermal vents, chemically battling each other for limited resources.

Bacteria and fungi have fought each other for resources using chemical warfare over billions of years and humans have benefited from this process by using the chemicals they produce as drugs against diseases. For example, the strain used to industrially produce penicillin, an antibiotic used to treat bacterial infections, can be traced back to a mouldy cantaloupe found in the state of Illinois in the United States.

Sea sponges can produce a range of compounds of unparalleled chemical diversity. In the early 1980s, a Japanese deep water sponge was found to contain an anticancer compound called Halichondrin B, and 25 years after it was initially discovered, Japanese pharmaceutical company Eisai brought Halaven from seabed to bedside. Looking at the ocean for cures seemed a logical move, but the technology needed to catch up.

The development of scuba diving equipment after WWII allowed reef organisms to be collected to see if they contained new chemical compounds that could treat diseases. Since then, more than 15 different treatments from marine invertebrates are clinically available.

However, several issues have stood in the way of more scientific research being conducted in the ocean, including the difficulty in accessing truly deep oceans, or the abyss, at a depth of more than 6,000 metres. After disaster struck the US submersible Nereus in 2014, there have been no global alternatives to enable collection of materials from these depths. The high expense of running research vessels to the deep-sea locations has also been a major barrier.

Deep sea environments have created ideal conditions for unique microorganisms to evolve, but learning how to grow them in a lab was another challenge. In contrast to land-based microorganisms, marine ones needed salt, low levels of nutrients and long times to grow. There are also very few facilities worldwide that can simulate the high pressures of the deep ocean. Nevertheless, some chemical compounds from marine microbes are making their way through clinical trials. Marizomib was derived from the first ‘card-carrying’ marine microorganism, as it needs salt to grow. It was obtained from a shallow sediment (1 metre deep) in the Bahamas and is being tested in patients against various types of cancer.

The final difficulty in deep sea research is the lack of clarity in legal ownership of any materials obtained from the deep sea. Legally, the ocean is divided into two parts: areas within national jurisdiction falling mainly within a state’s Exclusive Economic Zone (EEZ) or 200 nautical miles from shore, and Areas Beyond National Jurisdiction (ABNJ) covering more than 40 percent of the earth’s surface. These areas are regulated by the United Nations Convention on the Law of the Sea (UNCLOS) — a global treaty that covers shipping to piracy and fisheries, but not the protection of marine biodiversity.

There are different regulations for water and the seabed in ABNJ. Water is covered under ‘Freedom of the high seas’, where anything derived outside of national EEZ’s, such as commercial fishing, are legally obtainable. Whereas the seabed is under ‘Common heritage of mankind’, where any gains collectively belong to humanity. These contradictory laws have created legal uncertainties for patents and the commercialisation possibilities of discoveries.

To rectify the omission of marine biodiversity from international regulations, the UN began developing an “international legally binding instrument” under the UNCLOS seven years ago, referred to as the Biodiversity Beyond National Jurisdiction (BBNJ) treaty. The aim is to protect ocean biodiversity, with plans to extend marine protected areas to cover 30 percent of the ocean by 2030.

Considerations on who can gain access to the deep sea, the origins of any commercialised products when obtained in ABNJ, and how economic benefits should be shared are still hotly debated. The agreement is also critical to restoring ocean health and addressing gaps in capacity and technology, particularly for developing countries.

The fourth UN BBNJ Intergovernmental Conference is scheduled to take place in New York in March 2022. It’s hoped the text can be finalised and ratified at the UN General Assembly before the end of the Ocean Decade in 2030. A healthy ocean is critical to mitigate the impact of climate change, to maintain the biodiversity on which we all depend on for food, for its potential to give us life-saving medicines and for the benefit of all humankind. The importance of this treaty to the health of the ocean and our planet should not be underestimated.

Marcel Jaspars is a professor at the Marine Biodiscovery Centre, Department of Chemistry in the University of Aberdeen, Scotland, UK. He is the founder of, and a consultant to a company, GyreOx Ltd that uses marine derived enzymes to develop potential pharmaceuticals.

Marcel Jaspars is the founder of, and a consultant to a company, GyreOx Ltd that uses marine derived enzymes to develop potential pharmaceuticals.